A woman from the city of Banda Aceh in Indonesia collapsed in agony as she was flogged publicly for having sex outside of marriage.

The unnamed woman was sentenced to 17 strokes of the cane along with her partner.

The punishment was carried out by an official wearing a head-to-toe brown cloak with their identity obscured by a mask.

The woman, wearing traditional Islamic dress, was flogged with a bamboo cane. 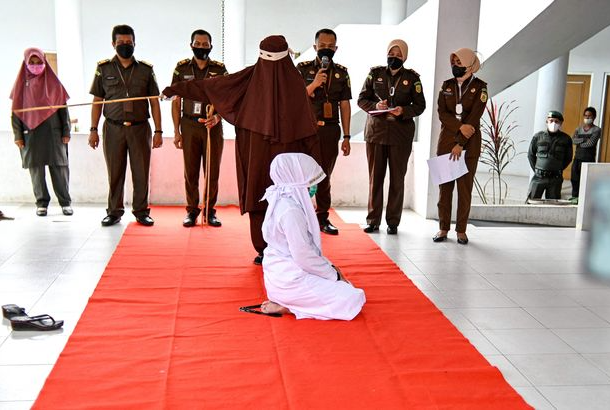 Pictures show her slumping to the ground in agony as the punishment is carried out. 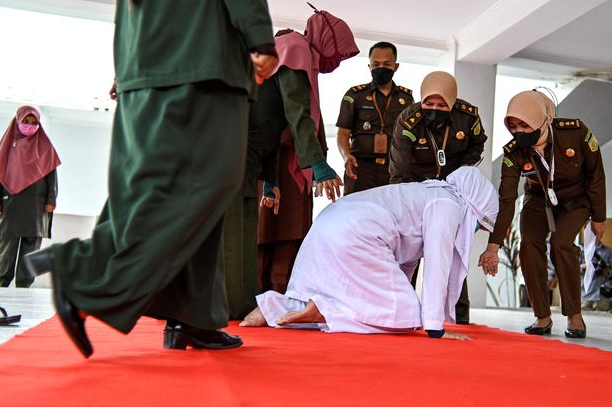 Her partner was flogged at the same event.

Aceh is the only Indonesian province which operates under Sharia law – which sees rules governed by a radical interpretation of Islam’s holy book the Quran.

The most serious sentences – for homosexuality, for example – can entail up to 150 lashes. Victims frequently pass out during their sentence or have to be hospitalised afterwards.