An exotic dancer has become a million-dollar-making businesswoman by selling bizarre items online including toenails, worn underwear – and even an IUD.

Rebekka Blue, 28, who dubs herself ‘The Professional Goddess’, has made a fortune by selling the most bizarre items through one of her e-commerce ventures.

She broke into the market of selling a fantasy of ownership and flogging items used by what her customers see as a ‘girlfriend persona’ she creates for those willing to buy.

Rebekka has taken on many roles over the years, including hosting a podcast, writing a book and building a brand that makes knives aimed at a female market dubbed ‘Blades for Babes’.

But despite this wide-ranging portfolio, she makes the most money – between $5,000 and $10,000 on “average” a month – by selling bizarre items online.

She has sold used tissues, toenails and heavily-worn, and sweated-in, items of clothing to people across the United States.

Influencer Rebekka, from Wilmington, North Carolina, dropped out of high school at 18 and didn’t go to college.

She became an exotic dancer and transitioned into a webcam model while starting a side business selling clothing and accessories on the internet.

Rebekka’s first-ever sale of personal belongings was one of her dancing outfits, which she sold for only $20. 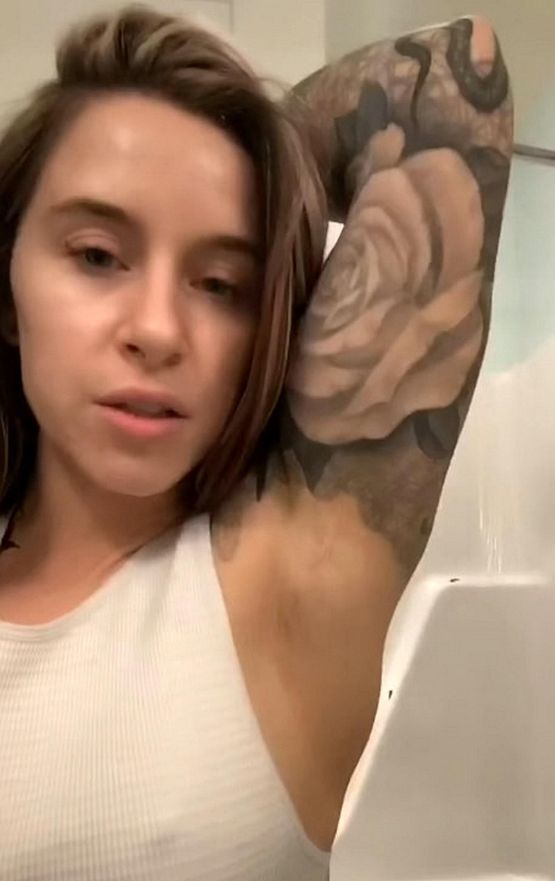 She sold the outfit to a customer who was “overjoyed” by the experience but initially thought nothing of it.

But when she transitioned from dancing to webcam modelling, Rebekka realised there was a huge market for people buying “used underwear and socks on the internet”.

She then started selling burping content on her platforms, which developed into burping into air-tight bags and shipping them off to fans across the country.

Rebekka says there is a worship aspect to the weird purchases and likens it to how people buy things at auction that were used by celebrities.

A lot of her customers are into sportswear that she has worn – and sweated in – as it carries her natural pheromones.

She sells shoes that she has walked around in all day, gotten dirty and market the items with that in mind for customers.

The most peculiar item Rebekka sold was her IUD (intrauterine device).

She added: “I had a Mirena (coil) and my doctor just threw it in the trash. If you see me throwing something in the trash, then there’s a red flag, because I’m usually keeping it in my bag to sell later.

“Even if we go to the salon to get our toes done, I’m asking to keep the flip flops and the toenail dividers and trying to get my client to pay for everybody’s pedicures. It’s an upselling challenge. With the IUD, I just got it out of the trash and took it home. I had a client who bought strange things like my stuffed animals and my panty-liners and some off-the-wall things and thought, ‘maybe he could use this as a trophy?’ 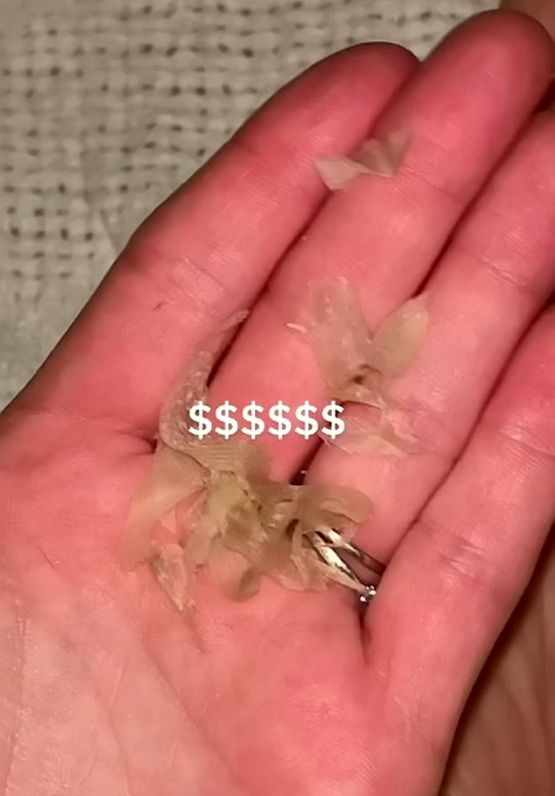 “He offered me four figures to have something that was inside my body for almost five years, which was godly to him. So that was hands down one of the highlights of my career.”

Rebekka decided to share the unusual experience on TikTok, and this is when her videos blew up.

She now has over one million followers on TikTok, where she showcases her business acumen, and markets her products.

It took her three years of hard work to realise that it could be a proper business model, instead of a side hustle.

The business took off, but Rebekka was still only making around $50 dollars a week when she first started.

But things soon escalated and her niche industry of creating a marketplace for her used items and trash has seen her earn over $1 million in just 10 years.

She said: “It was a no-brainer to continue to share my experience on social media, which has hands down not only grown my business but allowed me to start an entertainment company. It’s allowed me to hire.”

One customer even wanted to buy a used pregnancy test, to simulate the idea of the pair in a romantic relationship trying for a baby.

Rebekka said: “I went to the dollar store and bought a pregnancy test. I again sold the fantasy. I almost wrote a script as if we were in a movie, about this pregnancy test.” 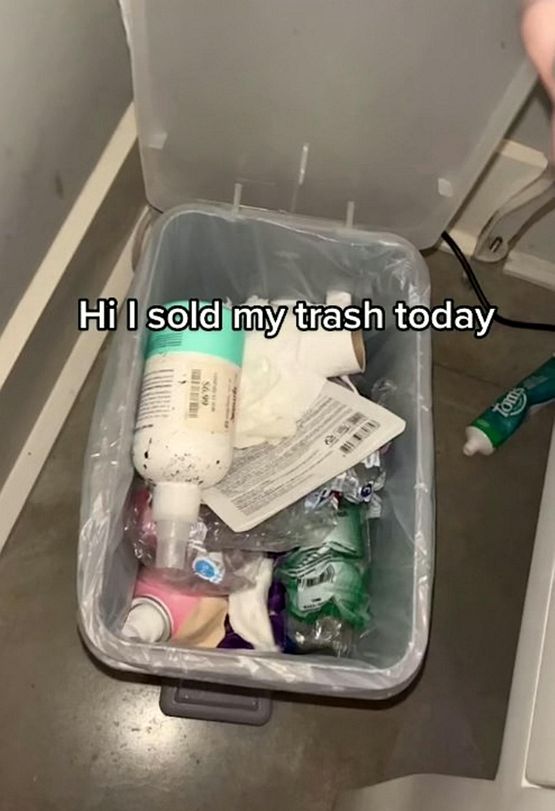 Because of her success, Rebekka has been able to write a book to teach other women how to sell their own things.

Rebekka revealed that when she hears that women can quit their nine-to-five jobs because of her help, she finds it more fulfilling than getting the cheque at the end of the day.

Constantly improving her business is at the forefront of every CEO and Rebekka is no different, making sure her products end up with the customer in the best quality condition.

She said that most products are vacuum sealed to retain freshness and pheromones, but has to constantly adapt to her ever-expanding list of items on sale, like “toenails and bottles of spit”.

Rebekka added: “I’ve had experiences paid for. I have a client who really enjoys that I shop for him at Victoria’s Secret and that I wear these items before I ship them to him. On a weekly basis, I’m getting paid a few hundred bucks to go shopping, buy lingerie, getting paid to wear it, getting paid to ship it and do content in it.

“I had a request to get a really nice pair of Christian Louboutin heels, some of them are a few thousand dollars.

“I was requested to put them on in my backyard and walk in the woods overnight. I was asked to get honey and gushers and fill up the soles with that and then walk around in those shoes in the woods on video before I vacuum sealed the shoes and sent them to him. That was about a $500 sale. I also requested to get a pair of shoes to compensate for my troubles, so I got some free Louboutins as well.”

The most disgusting item she sold was a diaper she had worn.

Rebekka said: “That’s as far as I’ll go… it gets weirder, but I don’t think we can post that stuff.”

Selling unusual items online is a “double-edged sword”, Rebekka said, implying that there are even weirder things that she hasn’t sold due to her privacy and safety.

Because the industry is not regulated, her protection could be compromised by people who do not respect her consent.

Rebekka’s end goal is to retire, but also to leave a legacy that includes providing education and information in the industry and help provide support for women new to the life of selling weird things online.

She said: “Most importantly, my goal in this industry is to provide legal change to help with the rights of us who sell weird things don’t have; payment processors don’t protect us, our security isn’t protected. The goal is to have more rights for us because this is a legit business, and we deserve to be treated as business owners.”