A man claiming to have witnessed what transpired at Cubana Club between Burna Boy and another group, before two men from the group were shot, shared his account of the incident.

The Twitter user, who is a Burna Boy stan, claims it was the victim’s “so called wife” that approached Burna Boy at his VVIP area and her partner went there to violently drag her out.

Burna’s team resisited the man’s “confrontational approach” and that led to the fight, the Twitter user claimed.

This is contrary to what Briella, the woman involved, said.

Briella said she was with her partner, a friend, and the friend’s husband when Burna’s friend came to her with a message from Burna. When she rejected Burna’s advances, she said Burna sent back the friend two more times and this escalated, with Burna’s team shooting at them. 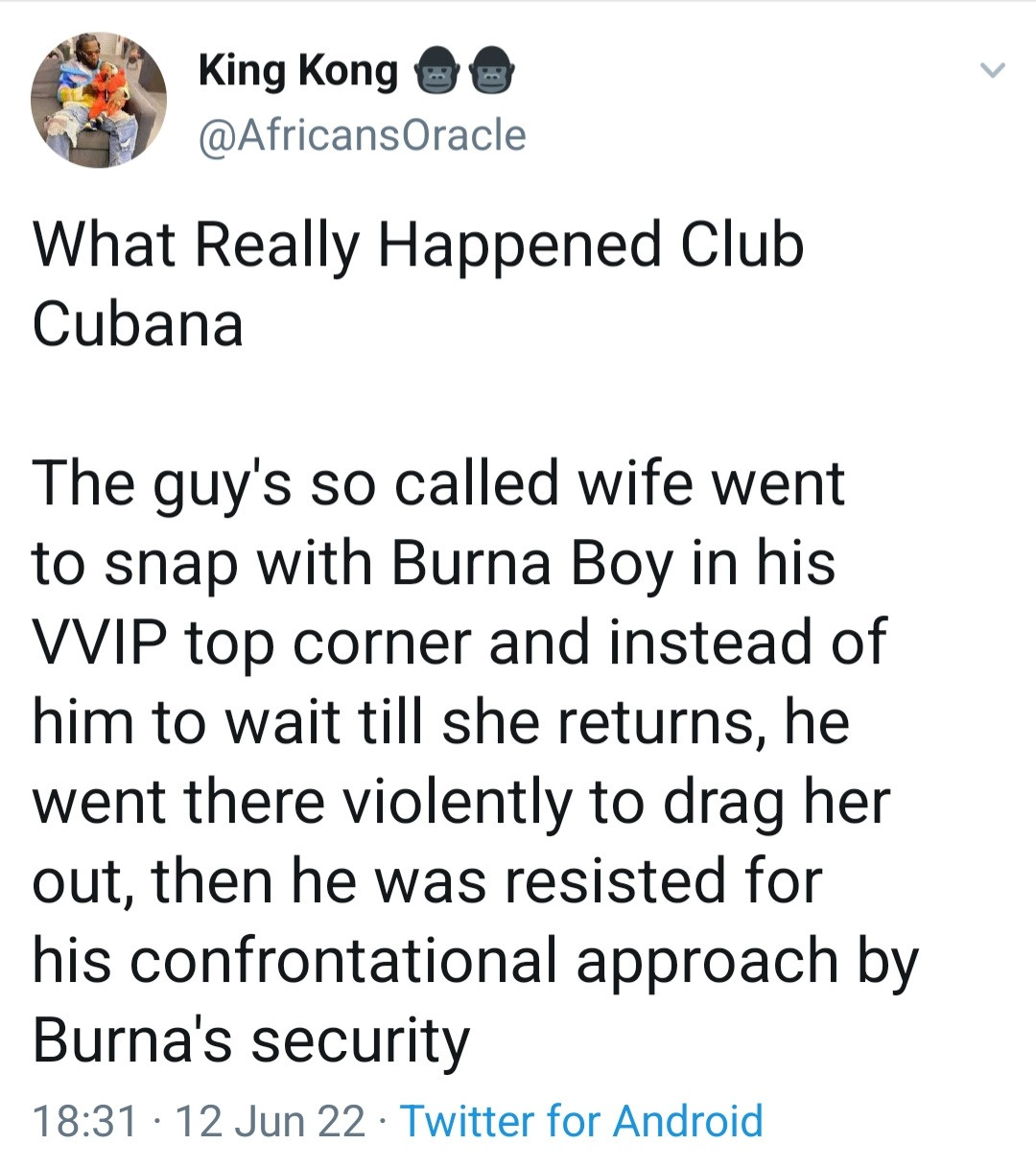 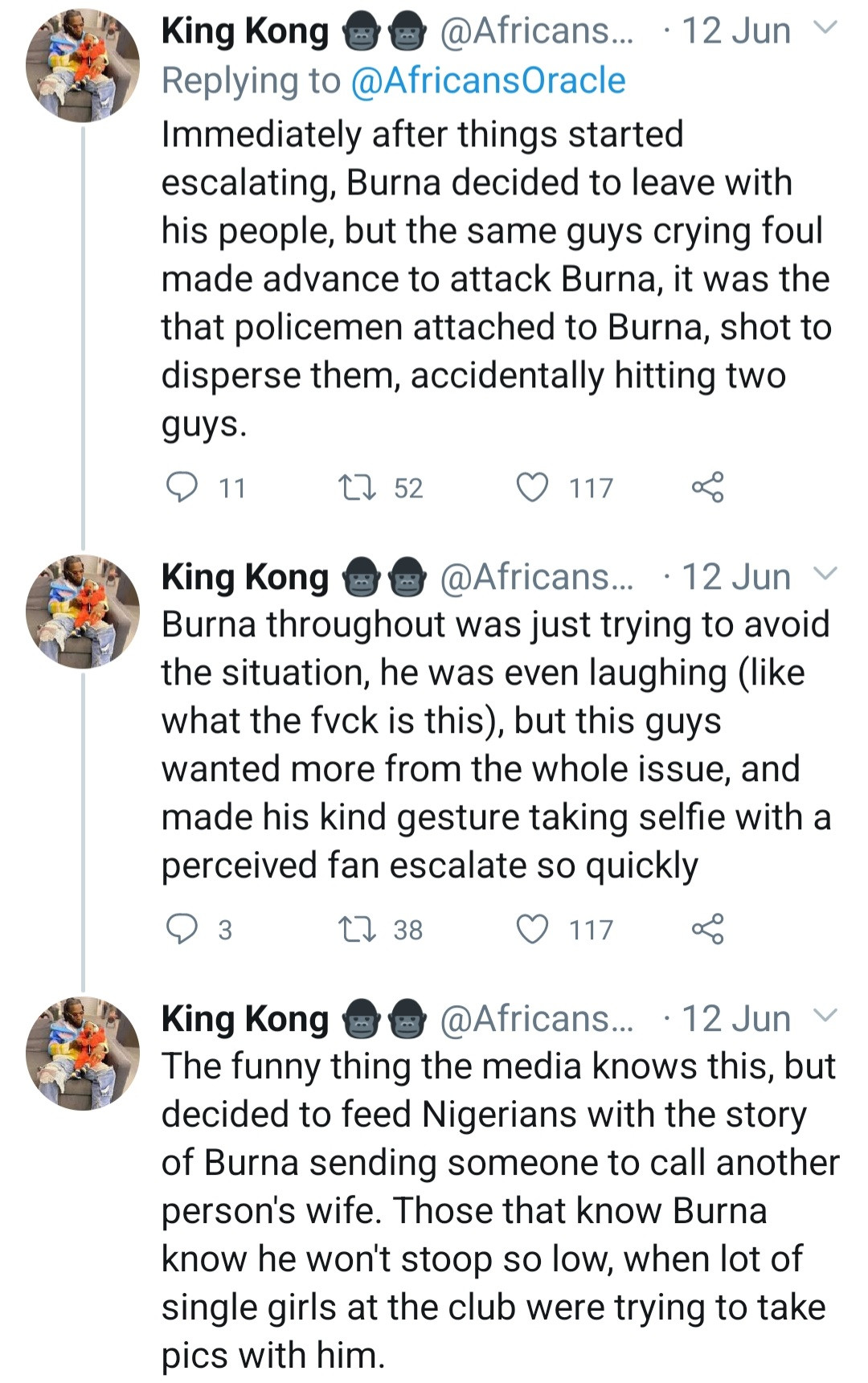