The Police have identified the man behind the brutal stabbing of novelist Salman Rushdie as Hadi Matar.

The 75-year-old celebrated author was stabbed multiple times in his neck just before he was about to give a lecture in New York. 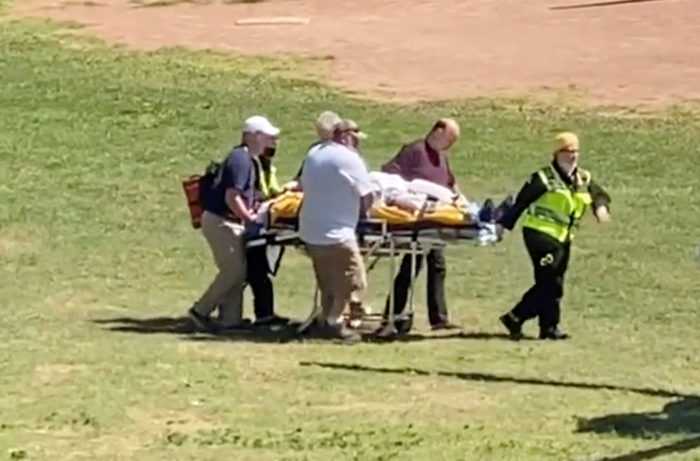 Rushdie, whose book, The Satanic Verses, triggered global outrage in 1988, prompting Iran to issue a bounty on his head, was airlifted to a hospital. Such was the brutality of the attack that blood splattered on the screen behind him. The police were quick to arrest the man responsible for the attack.

Who Is Hadi Matar?

The police had earlier not released the identity of the attacker despite global interest in him. The cops were also tight-lipped about the motive of the stabbing.

However, officials have now released the identity of Rushdie’s attacker. He’s identified as Hadi Matar, 24, of Fairview, New Jersey.

Maj. Eugene J. Staniszewski of the New York State Police,  said that Matar had jumped onto the stage and attacked Rushdie stabbing on his neck and abdomen.

What was Hadi Matar’s Motive behind the attack?

There’s still no clarity on the motive behind the attack.

Meanwhile, a report by New York Times said that the police had arrived outside the residence of Matar in New Jersey to carry out searches. The report said that onlookers gathered at the corner of Morningside Avenue and 7th street near an address listed as Hadi Matar’s. The police had blocked off the street leading to the home on Friday evening.

The FBI has gotten involved in the investigation.

More details are awaited about Matar’s personal life including his parents and whether he was dating anyone.

Rushdie, the Indian origin author, has written 14 books and was knighted in 2007 by the Queen for his services to literature.