Popular US athlete, Simone Biles is set to make one last bid for Olympic glory.

After pulling out of three individual events and a final last week citing mental health issues, she has now decided to compete on the beam at the gymnastics final on Tuesday evening, August 3. 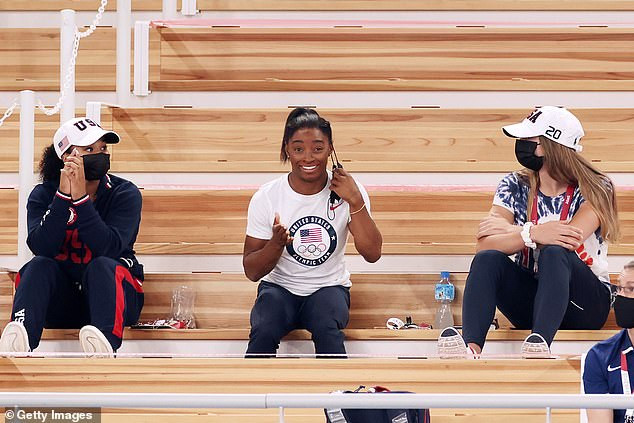 A statement published Monday said: ‘We are so excited to confirm that you will see two US athletes in the balance beam final tomorrow.

‘Suni Lee AND Simone Biles!! Can’t wait to watch you both!’

Biles was pictured in the Ariake Gymnastics Centre on Monday next to MyKayla Skinner and Grace McCallum to cheer on her US team-mate Jade Carey win gold in the floor exercise final. 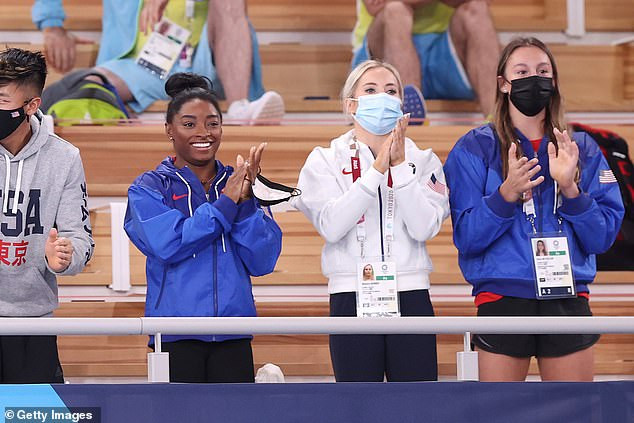 After Jade performed her floor routine, Simone removed her face mask, screamed loudly and warmly applauded the athlete who had taken her place in the final.

The six times medalist is likely to make Tuesday’s attempt at gold her last appearance at the Olympic games following a troubled week in which she has told officials she is suffering from poor mental health, leading her to drop out of five competitions.

Simone has stressed that being aged 24 and the oldest member of the US women’s team has given her more anxieties and is one of the reasons ‘the demons’ have affected her in Tokyo.

Simone is one of the greatest all time US Olympic gymnasts .