A new social media craze that involves jumping in front of moving trucks is proving fatal for some teenagers in Indonesia.

The dangerous challenge, known as the ‘challenge malaikat maut’ (the Angel of death challenge) is catching on throughout the south-east Asian country, with participants videoing themselves on TikTok performing the deadly stunts.

An 18-year-old was killed instantly in Tangerang, Banten, when he and two friends jumped in front of a heavy lorry in an apparent attempt to halt the vehicle. 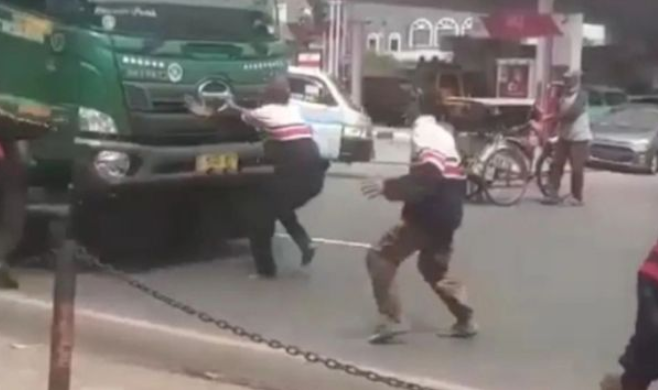 His friends managed to avoid the vehicle and only suffered injuries, but he wasn’t so lucky as he collided with the truck and rolled under the lorry and was crushed to death.

The driver was detained for questioning.

Meanwhile in Bandung, West Java, a 14-year-old fractured his skull and shattered his teeth after being struck by an HGV as he and a friend attempted to perform the same stunt. 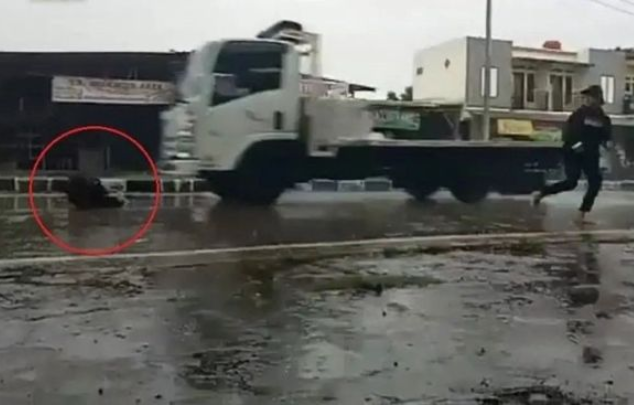 Local police are now looking for the truck driver, who has gone AWOL presumably out of fear of criminal charges.

Police say locals have been trying to stop teenagers from stupidly risking their lives while engaging in the challenge, but their pleas have mostly fallen on deaf ears.