Nigerian singer, Kizz Daniel has been arrested by the Tanzanian police following his failure to appear at a concert.

Fans of the singer went home disappointed last night when he failed to show up for the concert they bought tickets for. 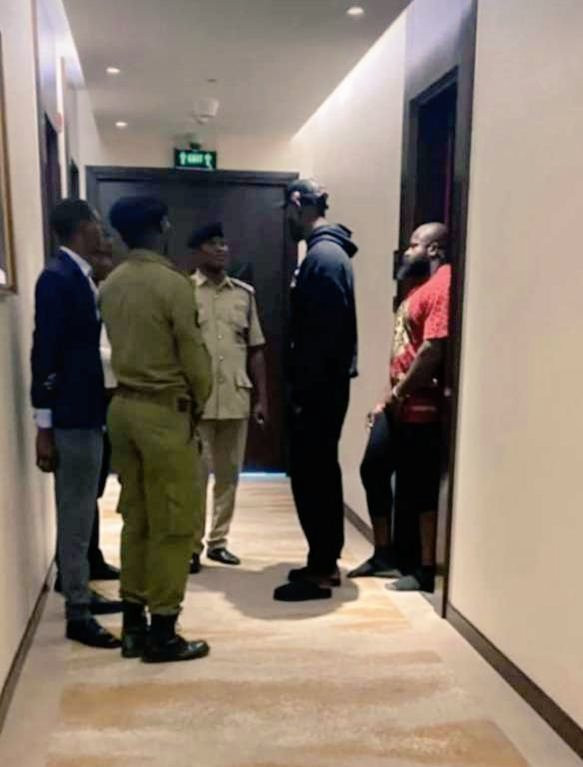 A video showed the concertgoers throwing objects on the empty stage after waiting hours for the Buga singer. Many are seen walking out, while angrily voicing their displeasure.

A video that has now surfaced online shows him being escorted out of his hotel by men of the Tanzania Police force.

Watch the video below…