A shameless lady has been spotted in a viral video stealing money at an event and hiding it in her sleeve.

The woman was a guest at the event when she pretended to help pick money sprayed at the celebrants.

She hid the stolen money in her sleeves.

She was eventually caught and the Naira notes she stole were dug out of her sleeve.

MC Edopikin, who was at the event on and filmed the incident, revealed that the women made sure the woman was not beaten for stealing. 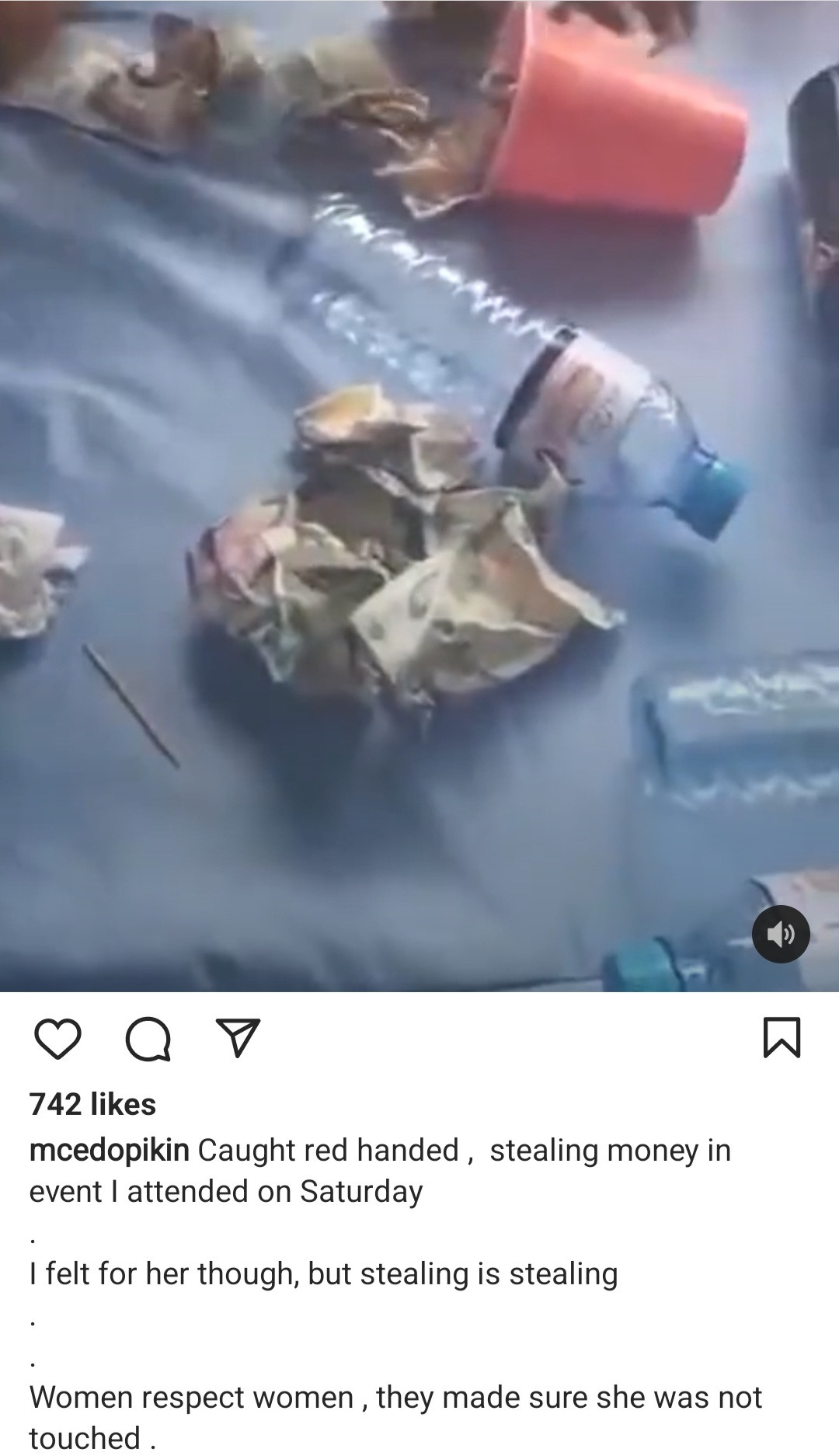