A young woman, Maryam Olawunmi Afolabi Ahmed, has died in an accident five days after her wedding in Kaduna State, Nigeria.

Maryam, a final year student of the Kaduna Polytechnic, was among 18 passengers of an 18 seater bus killed in a fatal accident which occurred in the early hours of Sunday, June 19, in Gidan Kwano, along Minna-Bida road in the Bosso Local Government area of Niger State. 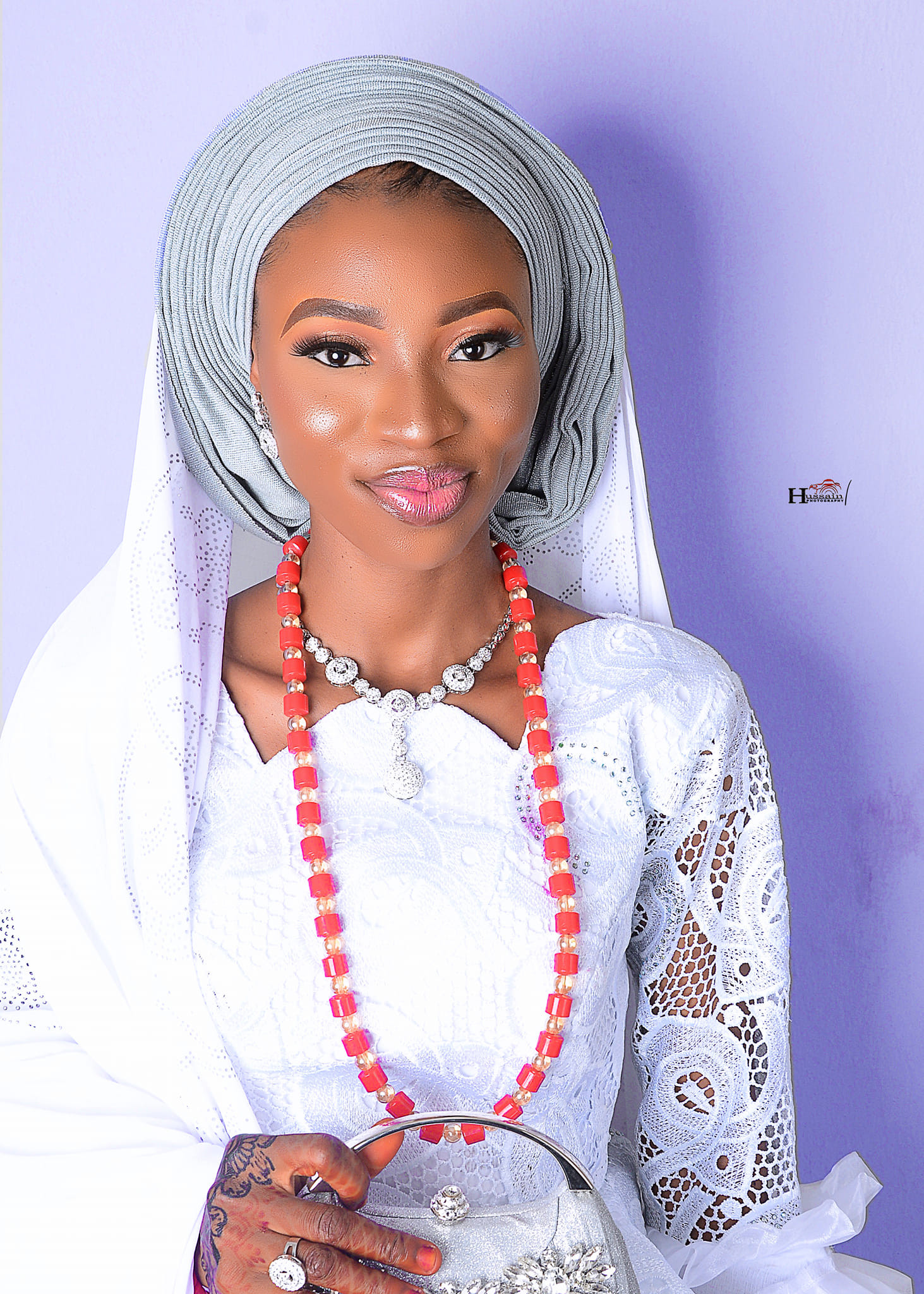 Some occupants of the bus, which was said to have taken off from Lagos, were burnt beyond recognition when the driver ran into a broken-down heavy tipper truck on the road. 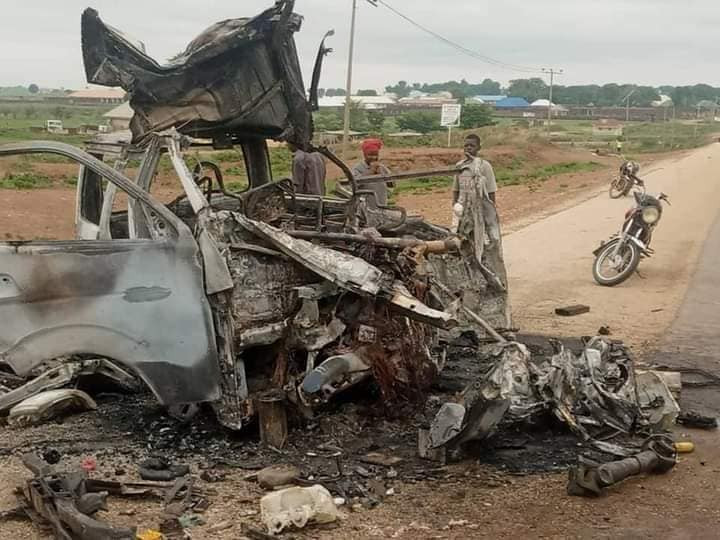 Spokesperson of the Niger Command Police Command, DSP Wasiu Abiodun, who confirmed the incident explained that one survivor is currently receiving medical attention in Minna hospital. 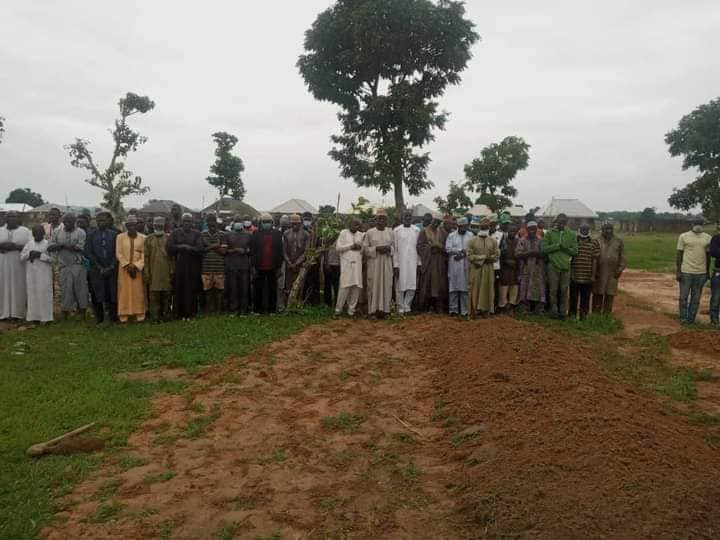 The bodies of the victims have been given mass burial at Gidan Mangoro Burial Ground outskirt of Minna, the state capital. 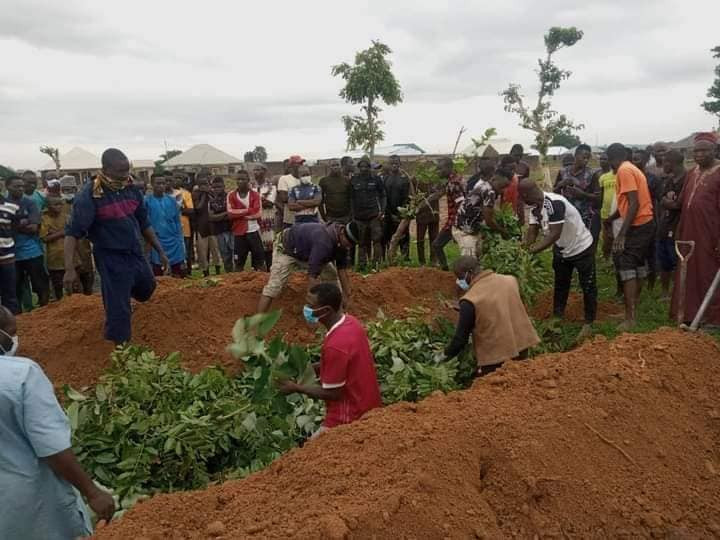 Meanwhile, friends, family members and colleagues have taken to Facebook to mourn the newlywed.

According to Onaolapo Ayinde Wasiu, late Maryam had returned to Abeokuta with her husband after their wedding and was heading back to Kaduna on Sunday, to commence her final year exam.

“Maryam Ajibola Ahmed It’s So Pathetic As Maryam Recently Got Married Last Week In Kaduna And Moved To Abeokuta With Her Husband But Unfortunately She Was Involved In An Accident Along Gidan Mangoro,Minna Early Hours Of Saturday On Her Way Back To Kaduna While She Was Expected To Commence Her Final Exams In Kaduna Polytechnic This Upcoming Week. May God Forgive All Her Short Comings And Grant The Family Of The Deceased The Strength To Bare The Loss”  he wrote.

“Words are simply inadequate to convey the grief and intense pain that our larger family are feeling today. We lost our dearest Sister (Maryam olawumi ) to a motor accident 5days after her wedding,” Saeed Hussain wrote.

“Instead of intense and outrageous mourning, We choose to seek solace from the words of Helen Keller; “Death is no more than passing from one room into another”. Fate has ordained that all of us will eventually die, thus we will meet her again in that “another room”. Until then, our grief at the sadness of her demise has been replaced by warm memories of a spirited life.

“To you, in her death we may have lost one of the young and brightest member of our family, but her story and warmest memories will continue to live with us for decades to come. Although she is no longer with us; she will always live in our hearts because she was truly loved and nothing loved is ever lost.

“May eternal rest and perpetual light be granted unto you my dearest Sister (Maryam Olawumi Afolabi Ahmed )May Almighty Allah forgive your short comings and grant you JANNAH AMEEN!!!” 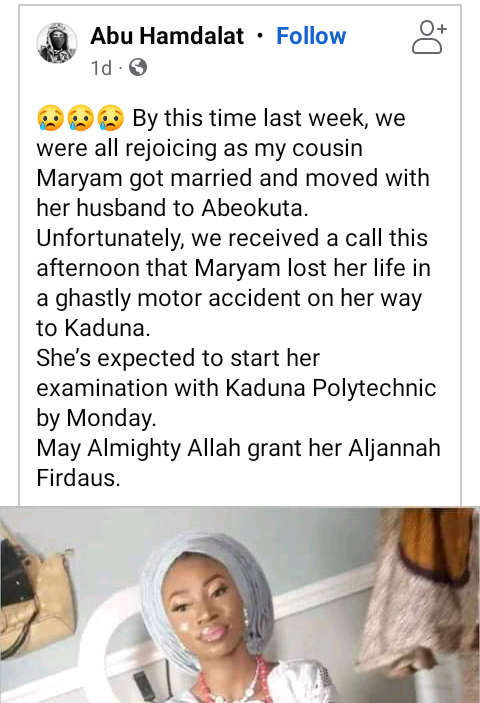 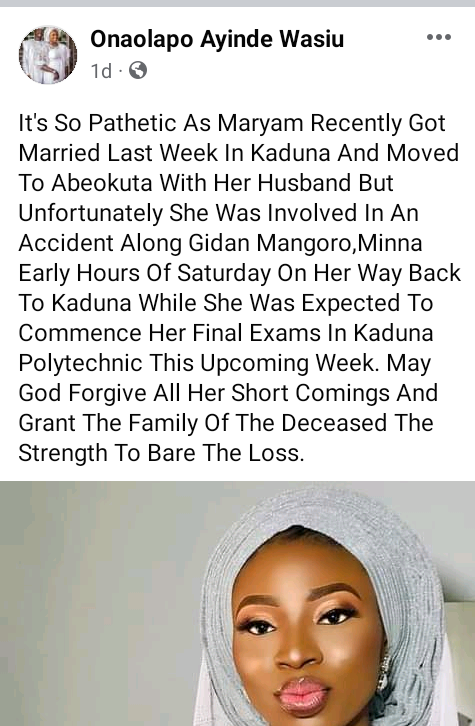 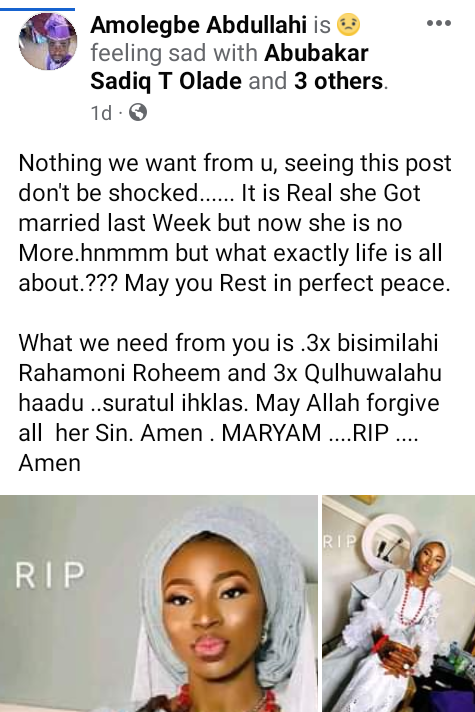 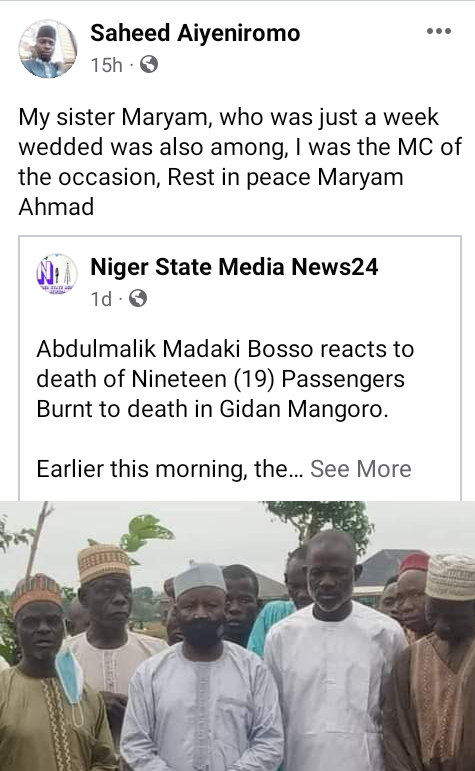 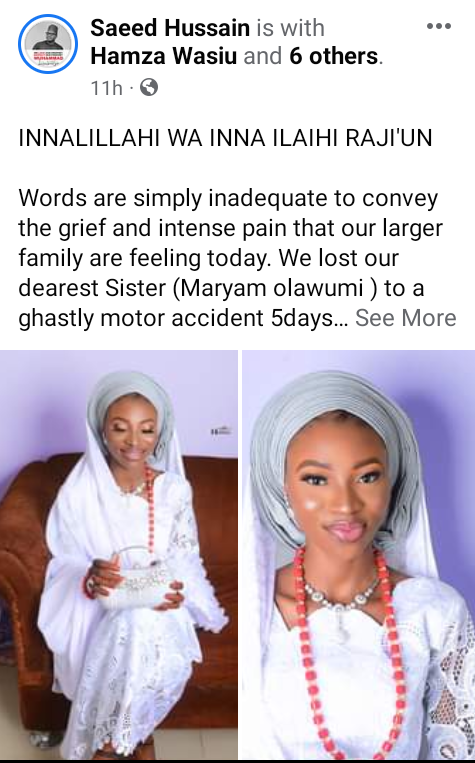 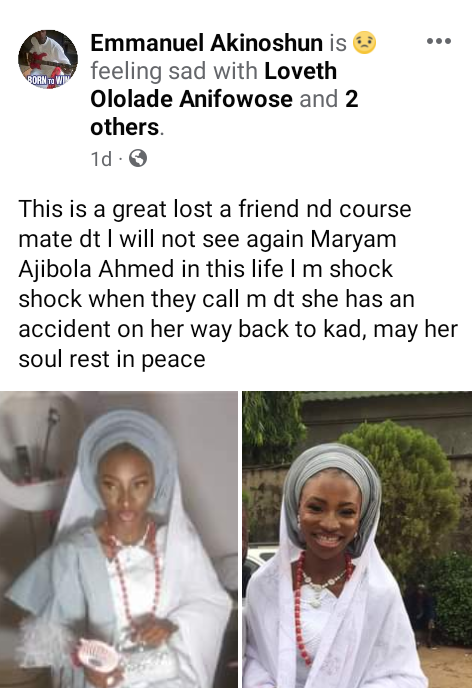 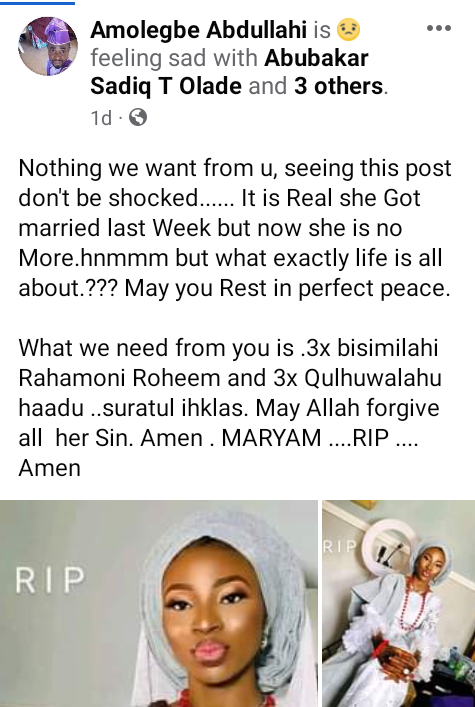