Queen Margrethe of Denmark has apologised to her family for the “difficult” decision of stripping some of her grandchildren of their royal titles but insists that it was the right choice.

A bitter row within the Danish Royal Household has unfolded in recent days after Margrethe, 82, announced that she would be removing princely titles from Prince Nikolai, 23, Prince Felix, 20, Prince Henrik, 13, and Princess Athena, 10.

As of January 1 2023, they will become Counts and Countesses, and will be known as Their Excellencies, rather than His or Her Royal Highness.

Days ago, Prince Joachim admitted his relationship with his brother Crown Prince Frederik is “complicated” and that he hadn’t heard from his mother Queen Margrethe II after she stripped his children of their royal titles. 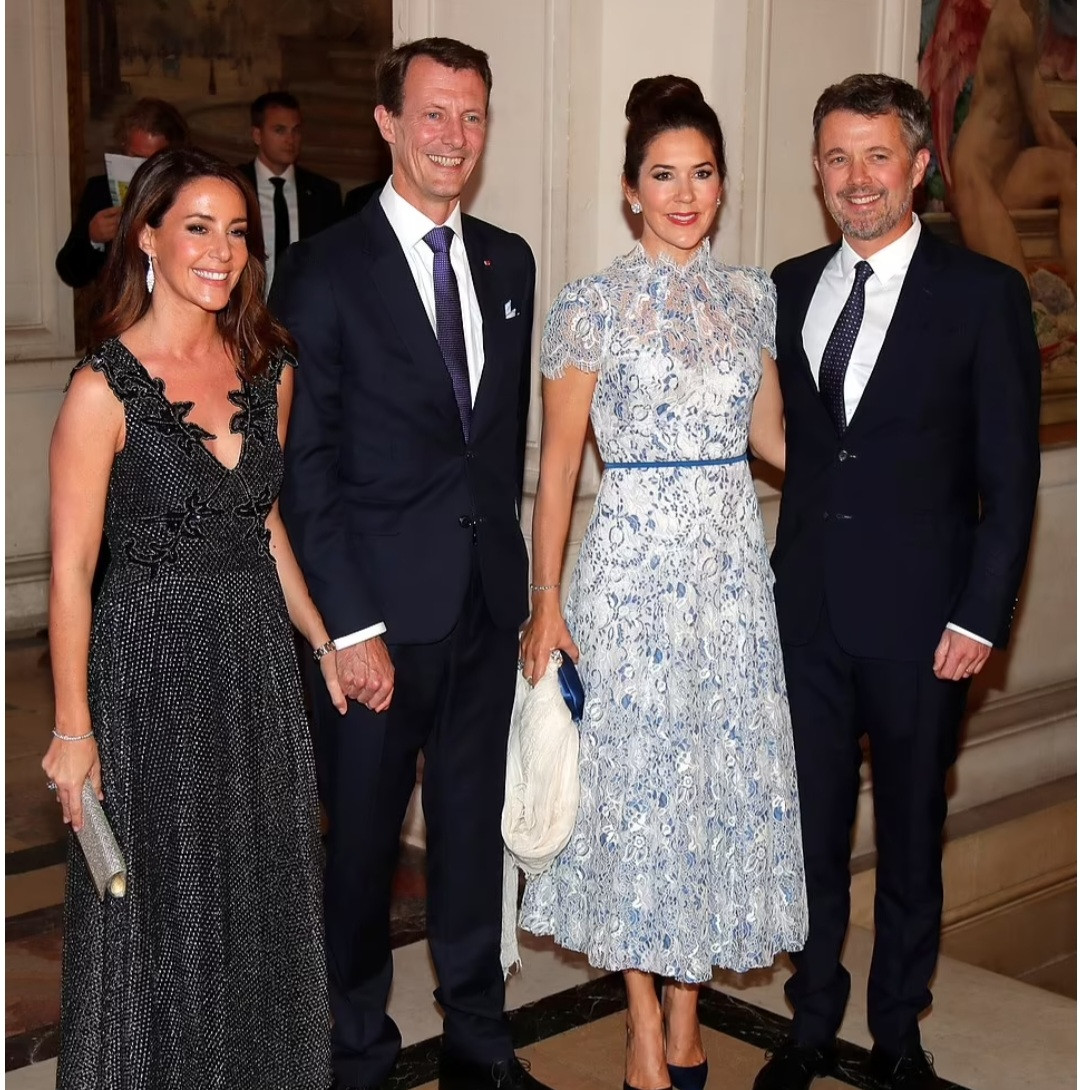 Both Princes and their wives

In a statement last night, October 3, Queen Margarethe said she had made the decision as “a Queen, mother and grandmother.”

The statement read: “In recent days, there have been strong reactions to my decision on the future use of titles for Prince Joachim’s four children. It obviously affects me. 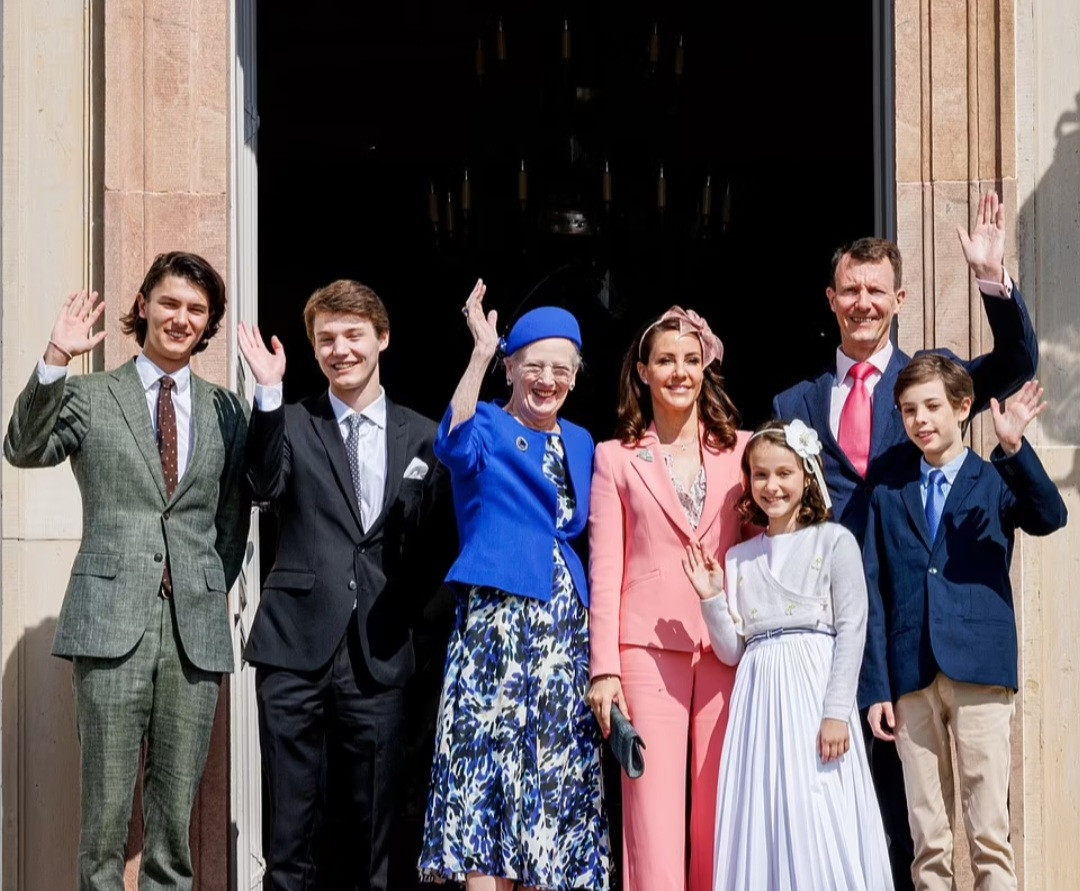 The Queen with Prince Joachim’s family

“My decision has been a long time coming. With my 50 years on the throne, it is natural both to look back and to look forward.

“It is my duty and my wish as Queen to ensure that the monarchy continues to shape itself in keeping with the times.

“It sometimes requires difficult decisions to be made, and it will always be difficult to find the right moment.

“Carrying a royal title entails a number of obligations and duties, which will in future be the responsibility of fewer members of the royal family.

“This adaptation, which I see as a necessary safeguard for the future of the monarchy, I want to make in my time.”

“No one should be in doubt that my children, children-in-law and grandchildren are my great joy and pride.

“I now hope that we as a family can find the peace to find our way through this situation ourselves.” 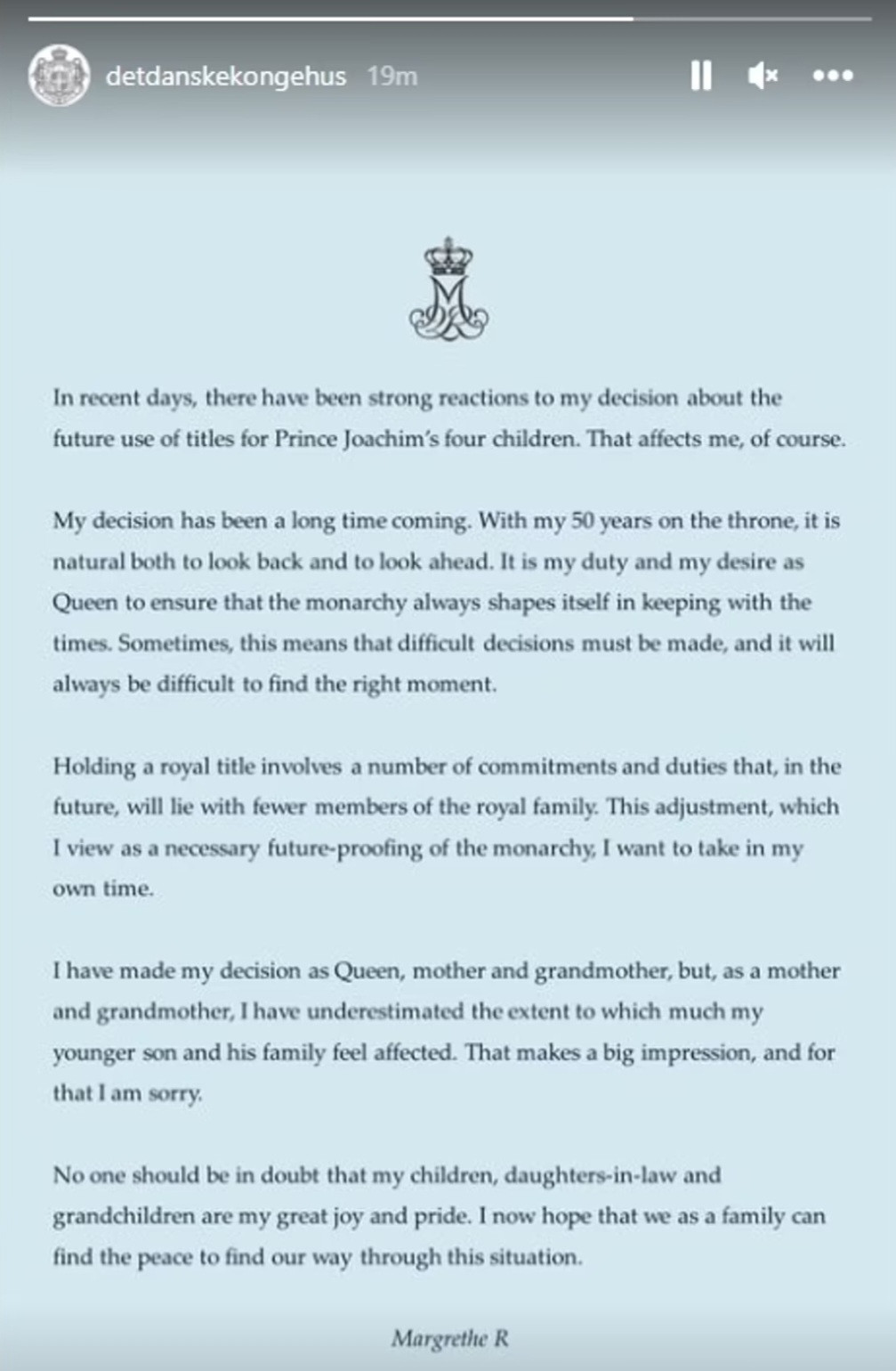