Pete Davidson’s back in the Big Apple with a new woman on his arm — yes, she’s his costar, Kaley Cuoco — but interestingly enough, his ex, Kim Kardashian, was also in town.
The ‘SNL’ alum was all smiles Tuesday night in Manhattan as he and Kaley attended the premiere of “Meet Cute” — a rom-com they shot for Peacock. Pete went with his usual “just rolled outta bed” look — white hoodie, green sweatpants and orange shades … while Kaley rocked something more glittery and formal. 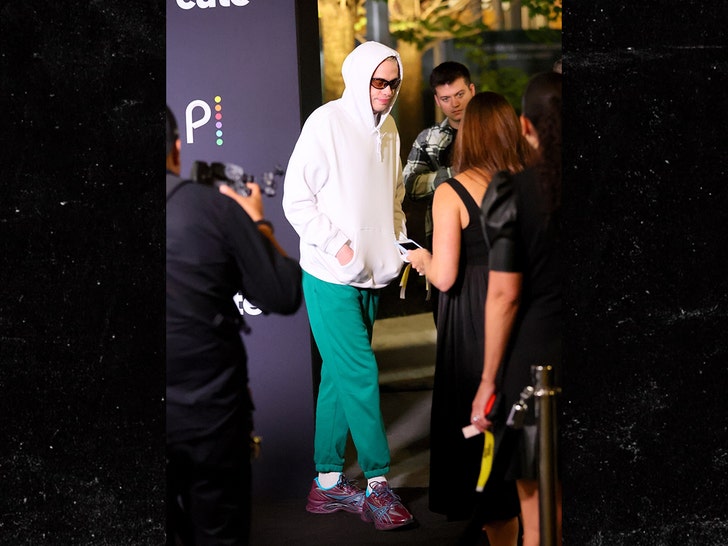 Backgrid
They looked pretty comfortable in front of cameras, with Pete wrapping his arm around KC and flashing a smile from time to time.
It’s one of the bigger public events we’ve seen Pete attend since he and Kim split back in August. He’s maintained a relatively low profile since … so it’s good to see him out and about and doing well.
PD had his mom and sis with him as well. 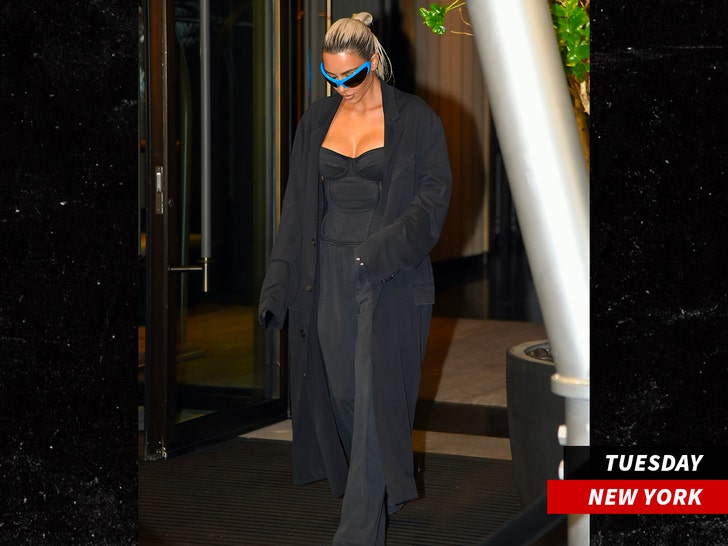 Getty
Kim was also in NYC Tuesday for an appearance on “Good Morning America” to plug the new season of her Hulu show, “The Kardashians.” She was rolling solo while cruising around the city, and also rocked some goofy sunglasses.
It doesn’t look like she and Pete reunited while in the same zip code — which just further confirms … they’re definitely done. Fun while it lasted, though!