Pete Davidson appears to be erasing his memories of Kim Kardashian.

Just two months after his breakup with Kim Kardashian, 41, Pete, 28, seems to have had his “my girl is a lawyer” tattoo removed.

New photos of the comedian on the set of his new project Bupkis, show him with a bandage visible at his neck where the tattoo was drawn, indicating he may be in the process of removing the ink. 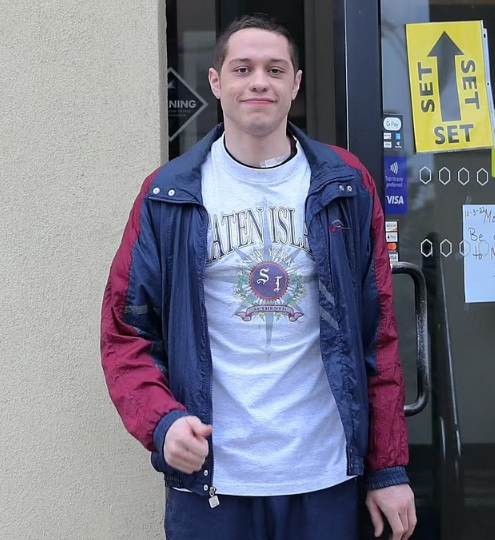 Back in March, Kim shared a photo of Pete’s tattoo, which read “My girl is a lawyer”.

While on the Ellen DeGeneres show earlier this year, Kim revealed, “He has a few tattoos, a few cute ones, that he got,” adding, “My favorite one says, ‘My girl is a lawyer.'”

At the time, Pete also got tattoos of Kim and her four kids’ initials.