Andre Onana has been removed from Cameroon’s squad ahead of the game vs Serbia, this due to disciplinary reasons. 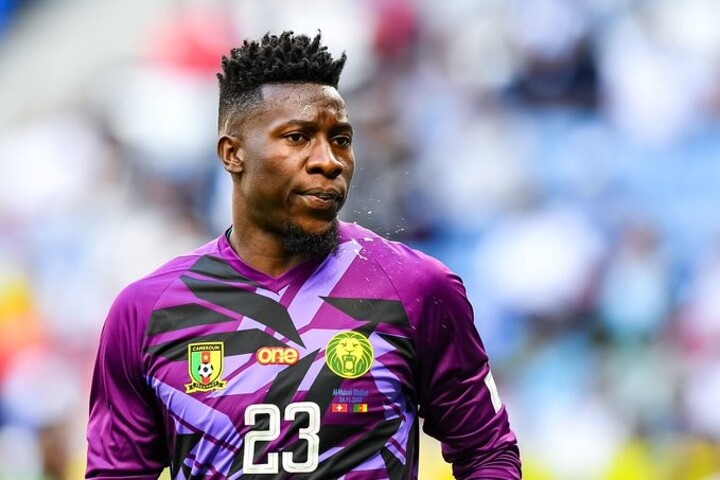 Cameroon’s goalkeeper, André Onana, was “dismissed” from the group before the match against Serbia at the 2022 World Cup on Monday, AFP learned from a source at the Cameroon Football Federation (Fécafoot).

As Cameroon prepares to play a crucial match from 11 a.m. against Serbia, in order to preserve its chances of qualifying for the round of 16 of the World Cup, it will have to do without its titular goalkeeper.

Indeed, André Onana, the keeper of Inter Milan, has, according to AFP and a source close to the Cameroonian Federation, been excluded from the group. He will be replaced by Devis Epassy, who plays in Abha, Saudi Arabia. The former Ajax goalkeeper was dismissed for disciplinary reasons, it was added, without specifying the reason or the duration of this dismissal.

Holder at the African Cup of Nations in January-February, where Cameroon finished third, Onana (26 years old, 34 selections) kept the goals of the Indomitable Lions during the first match against Switzerland, lost 1-0.

At Inter, coach Simone Inzaghi first alternated between Samir Handanovic and Onana, the Slovenian playing in the Italian championship and the Cameroonian in the Champions League, before the Indomitable Lion imposed himself as a starter from of October in both competitions. After testing positive for furosemide in October 2020, the goalkeeper had been suspended from football for a year in early February 2021; reduced to nine months after an appeal to the Court of Arbitration for Sport.