Biles, 24, announced the happy news on Instagram this morning, with lovely photos of the moment Owens, 26, got down on one knee to pop the question on Valentine’s Day. 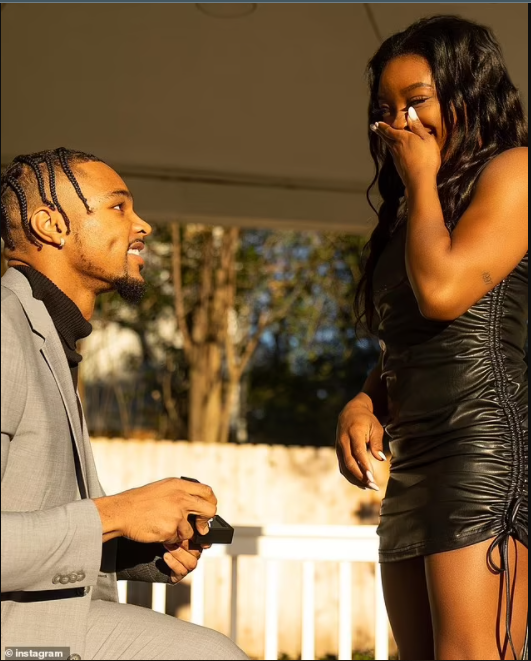 ‘THE EASIEST YES,’ the pro gymnast wrote. ‘I can’t wait to spend forever & ever with you, you’re everything I dreamed of and more! let’s get married FIANCÉ.’

Owens commented on her post, writing: ‘Ready for forever with you.’ 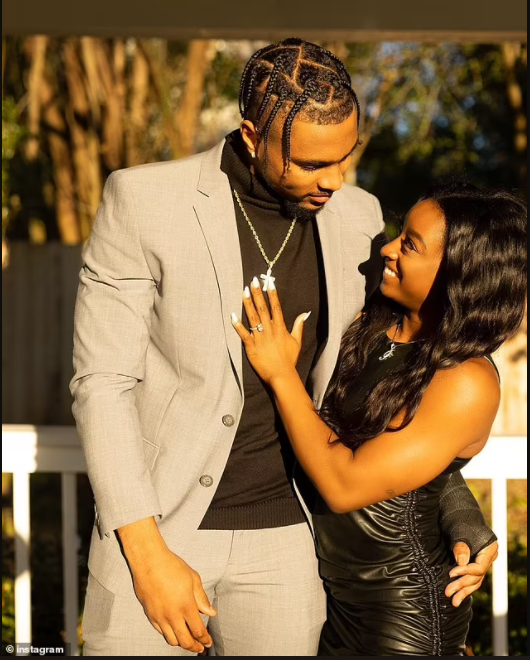 The Houston Texans football safety also posted several photos on Instagram, writing: ‘Woke up this morning with a fiancée.”

‘Appreciate my dawg @don_julio314 for helping me set everything up, she really had no clue what was coming,’ he added. ‘[Jeweler] @zofrost you went crazy on this one bro really made the night special.’ 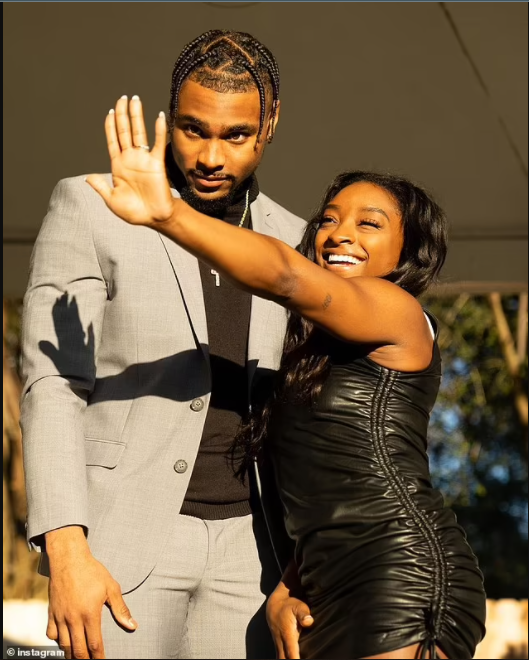 Jewelry designer ZoFrost of ZoFrost & Co designed the ring, though details about how many carats it weighs are still unknown.

Biles, who has six Olympic medals, including four gold from the 2016 Rio de Janeiro Olympics,  has been dating her beau for two years. 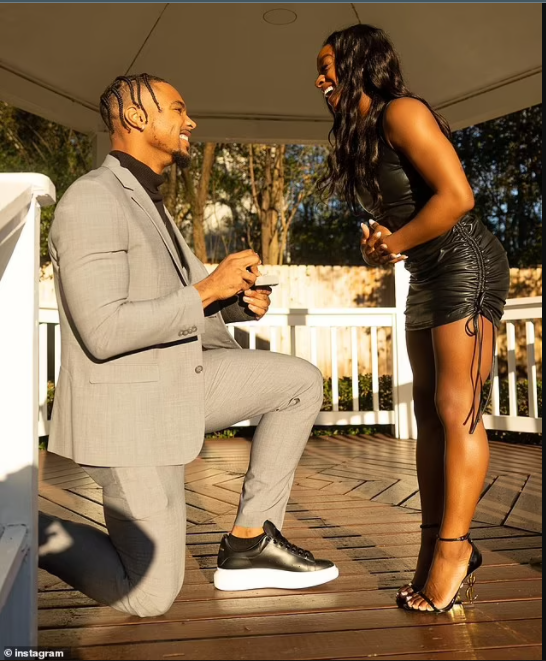 They first connected via social media in March 2020.

‘He would say I slid into his DMs,’ Biles told the Wall Street Journal. ”I saw him and I was like, “Oh, he’s pretty cute,” so I said hi … and then I saw that he was in the Houston area, so we started chatting a little bit, and then we went to hang out a week or two later.’‘ 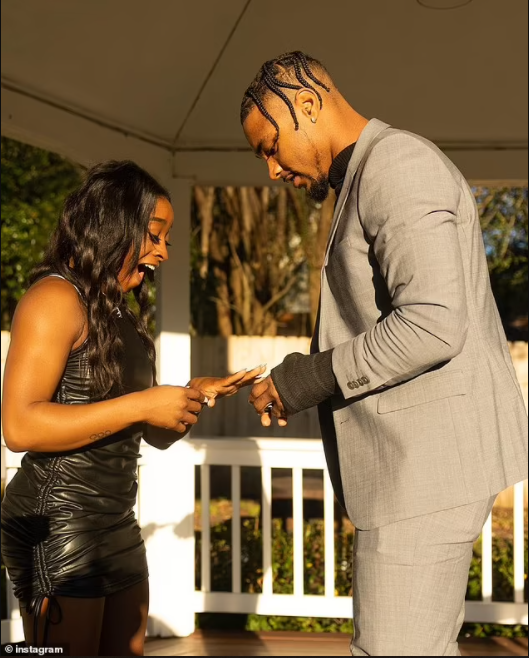 Owens admitted that he didn’t actually know about the gold medalist was when she contact him.

”I didn’t know who she was,’ he told Texas Monthly. ‘I just hadn’t heard of her, and when I told her that, that’s one of the things she liked.’ 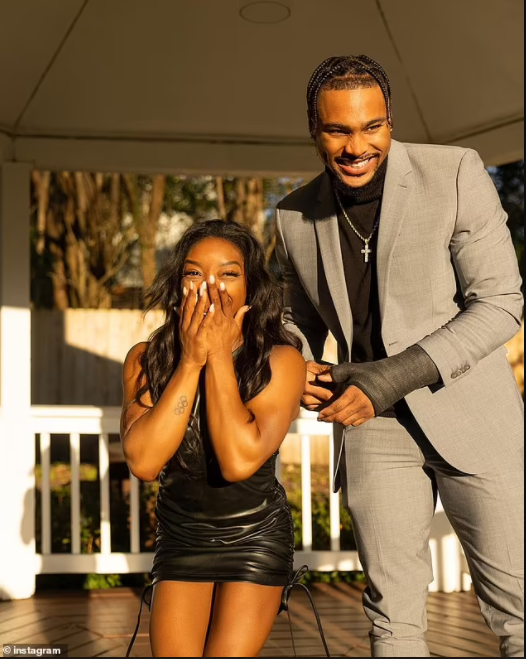 He said they ended up ‘hanging out right before the pandemic.’