Lawrence Brooks, the oldest surviving World War II veteran, who served in a segregated Army unit in the South Pacific in the 1940s has died.

He died in his New Orleans home Wednesday morning, January 5, at the age of 112.

While in service, Lawrence N. Brooks was part of the mostly black 91st Engineer General Service Regiment, which built roads, hospitals and housing in places like Horn Island, Papua-New Guinea and the Philippines, according to Military Times. 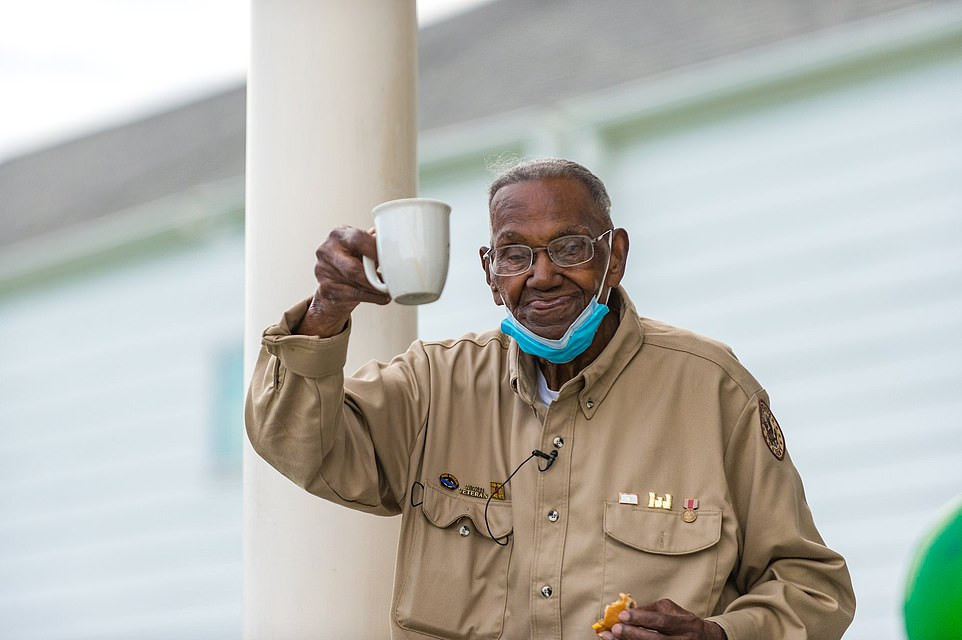 He was drafted in 1940 at the age of 31. Even though he never saw combat, he worked as a driver and cook for his white officers. Most African Americans serving in the segregated US armed forces at the beginning of World War II were assigned to noncombat units and relegated to service duties, such as supply, maintenance and transportation, said Col. Pete Crean, vice president of education and access at the museum in New Orleans.

‘The reason for that was outright racism – there’s no other way to characterize it,’ Crean added. 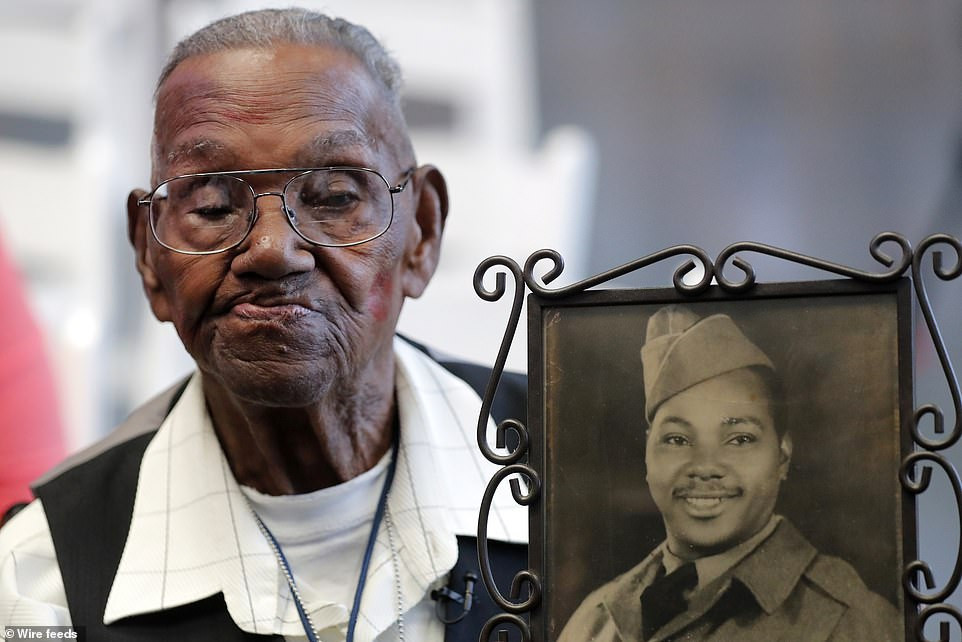 The National WWII Museum announced his death and it was confirmed by his daughter and caregiver, Vanessa Brooks. He is survived by five children, 13 grandchildren and 32 great-grandchildren.

‘At 112 years old, he was the oldest surviving WWII veteran in the country,’ the museum wrote on Instagram.

‘More than that, he was a dear friend, who celebrated his birthday with us every year starting in 2014, when he was just a spry 105-year-old.

‘His consistent advice when asked for the secret behind his longevity was, “Serve God, and be nice to people.”‘ 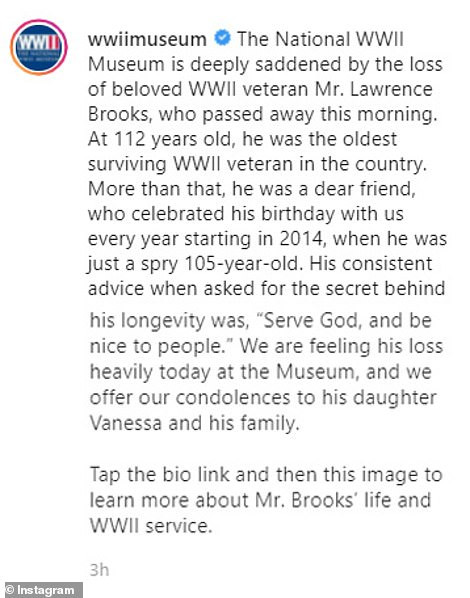 ‘I had the honor of speaking with him last year, and he was truly the best of America. I’m keeping his loved ones in my prayers.’ 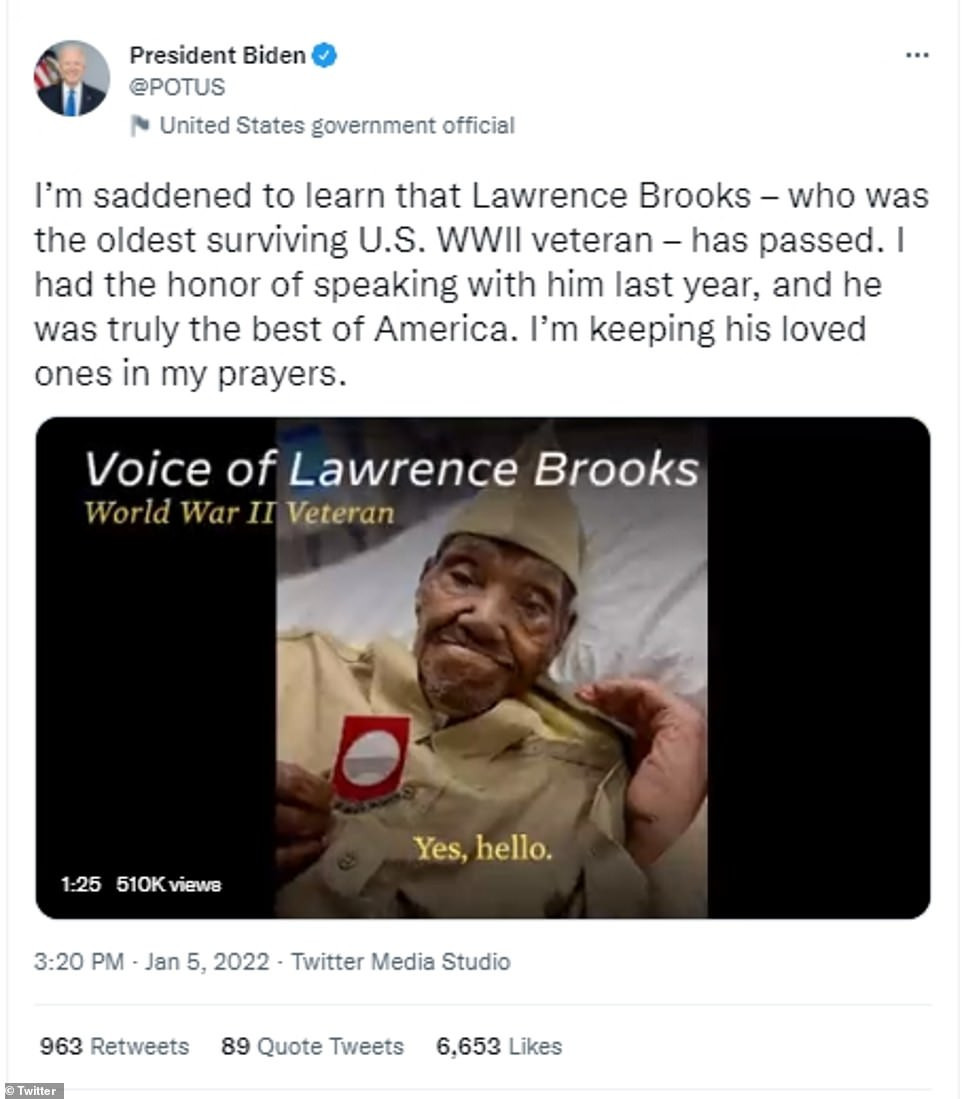