Tennis star, Novak Djokovic has said he would rather miss out on future tennis trophies than be forced to get a Covid vaccine.

According to Djokovic, he is not associated with the anti-vax movement, but is a firm believer of an individual’s right to choose what goes into their body.

The 20-times Grand Slam winner was deported from Australia last month after the government cancelled his visa in a row over his vaccine status.

Djokovic, who is the world’s number one men’s tennis player, said he had obtained a medical exemption to enter the country to play in the Australian Open as he had recently recovered from Covid-19. 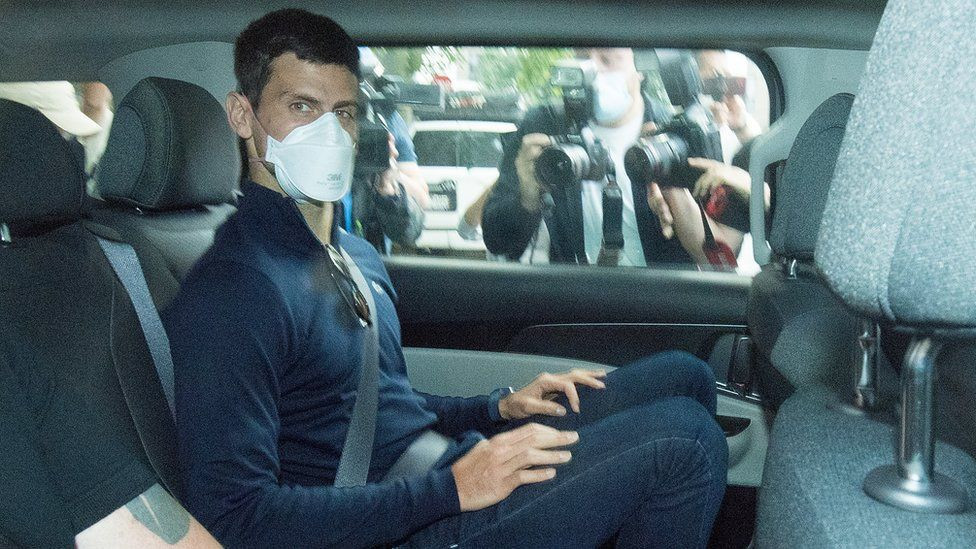 However, Australia’s immigration minister, Alex Hawke, used the highest powers to personally cancel the 34-year-old’s visa, on the grounds that his presence could incite “civil unrest” and encourage anti-vaccine sentiment.

Djokovic was asked if he would sacrifice taking part in competitions such as Wimbledon and the French Open over his stance on the vaccine.

“Yes, that is the price that I’m willing to pay,” he said to the BBC

“I was never against vaccination,” he said, confirming that he’d had vaccines as a child, “but I’ve always supported the freedom to choose what you put in your body.”

In a wide-ranging interview, his first since he was detained in Melbourne in January, Djokovic addressed speculation about the timing of his positive Covid case in December

He then said he was willing to forego the chance to become the greatest tennis player of all time because because of his belif.

Asked why, he replied: “Because the principles of decision making on my body are more important than any title or anything else. I’m trying to be in tune with my body as much as I possibly can.”

Djokovic said he had “always been a great student of wellness, wellbeing, health, nutrition,” and that his decision had been partly influenced by the positive impact that factors such as changing his diet and his sleeping patterns, had had on his abilities as an athlete.

He said he was “keeping [his] mind open” about the possibility of being vaccinated in the future, “because we are all trying to find collectively, a best possible solution to end Covid”.

“I was never against vaccination. I understand that globally, everyone is trying to put a big effort into handling this virus and seeing, hopefully, an end soon to this virus.””

“”I was really sad and disappointed with the way it all ended for me in Australia,” he said. “It wasn’t easy.”

“Absolutely, the visa declaration error was not deliberately made,” Djokovic said. “It was accepted and confirmed by the Federal Court and the minister himself in the Ministry for Immigration in Australia.

“So actually, what people probably don’t know is that I was not deported from Australia on the basis that I was not vaccinated, or I broke any rules or that I made an error in my visa declaration. All of that was actually approved and validated by the Federal Court of Australia and the Minister for Immigration.

“The reason why I was deported from Australia was because the Minister for Immigration used his discretion to cancel my visa based on his perception that I might create some anti-vax sentiment in the country or in the city, which I completely disagree with.”

Djokovic’s rival, Rafael Nadal, has won 21 Grand Slam titles the most titles of any competitor.