Tennis World number one, Novak Djokovic could face jail over claims he lied on his travel forms as new pictures show he travelled to another country before jetting off to Australia.

Djokovic returned to training in Melbourne on Monday, January 10, hours after being freed from detention after winning his visa court battle. 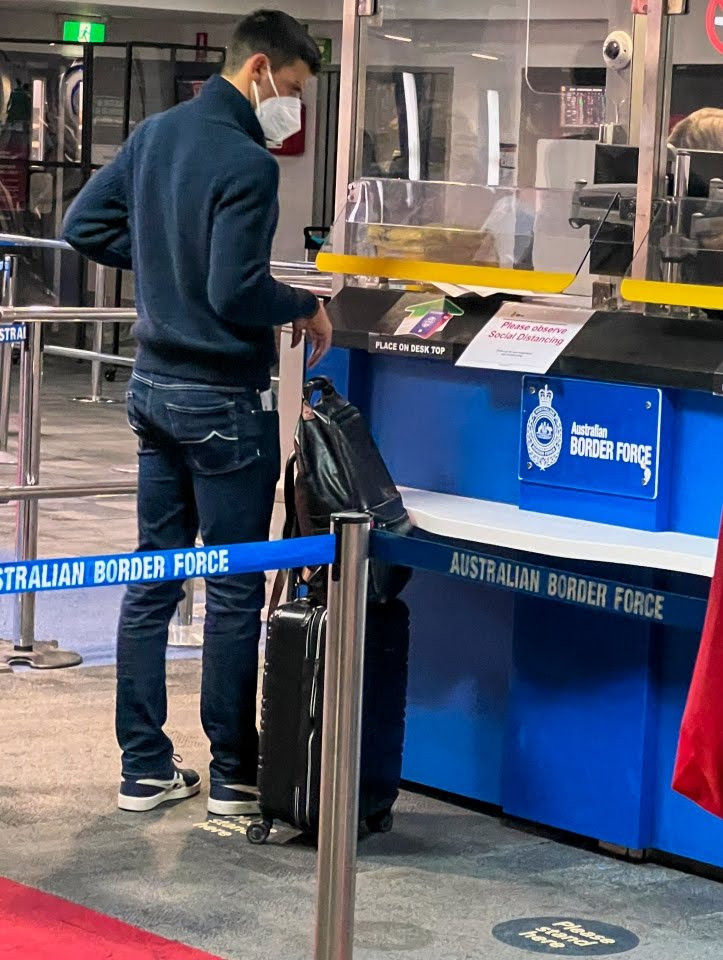 The Australian government had canceled his visa last week citing the illegality of his visa as an unvaccinated person but a judge ruled on Monday that the decision to cancel his visa was “unreasonable”.

After the ruling, he returned Tuesday for a closed door practice, with doors locked and only his support team allowed into Rod Laver Arena.

Images show the nine-time Australian Open winner back at work, less than a week before the first Grand Slam tournament of the year is due to start.

But in a twist of events, the tennis star could still be deported or even imprisoned .

Australian Border Force officials are investigating whether the tennis star falsely claimed he had not visited another country on his application to fly to the country.

His Australian Travel Declaration form states he had not travelled in the 14 days before flying to Australian but pictures show him in two different countries within that time period. 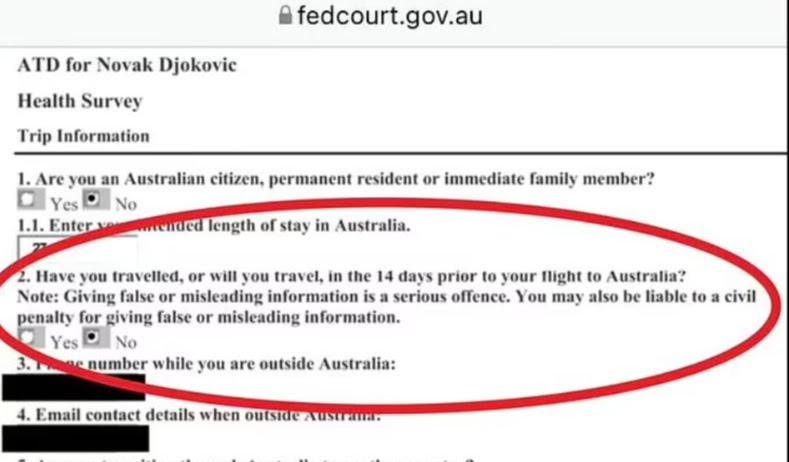 On its website, the Home Affairs Department warns that giving “false or misleading information” to the government is “a serious offence” carrying a possible jail term.

“If convicted, the maximum penalty is imprisonment for 12 months,” it says.

Djokovic was filmed playing tennis in the streets of the Serbian capital Belgrade on December 25, then days later, the 34-year-old was reportedly filmed training in Spain on December 31 and posing for a group photograph the same day.

Djokovic was also snapped playing football in Marbella, Spain, with his brother Marko and a coach on January 4. 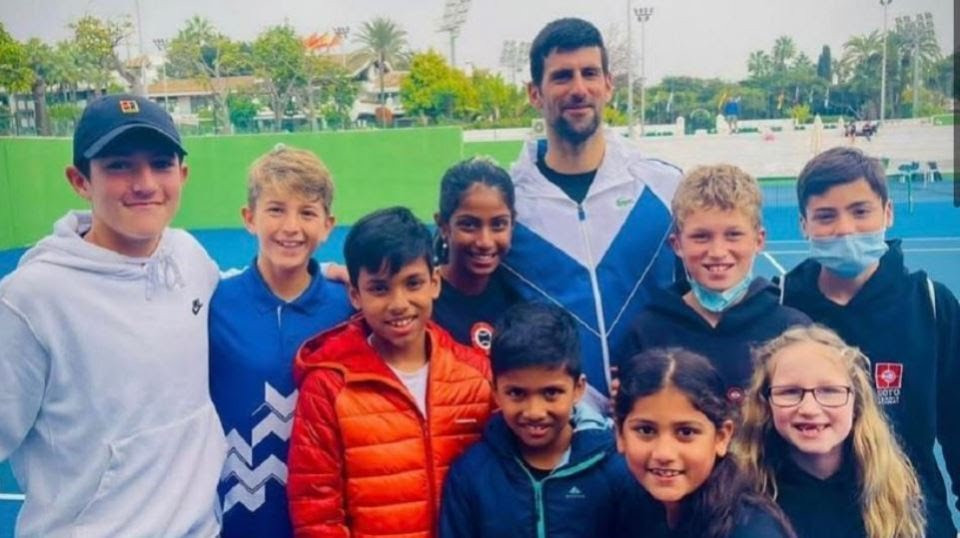 Those dates fall within the 14-day period before he touched down in Melbourne late on January 5, having flown out from Spain via Dubai. 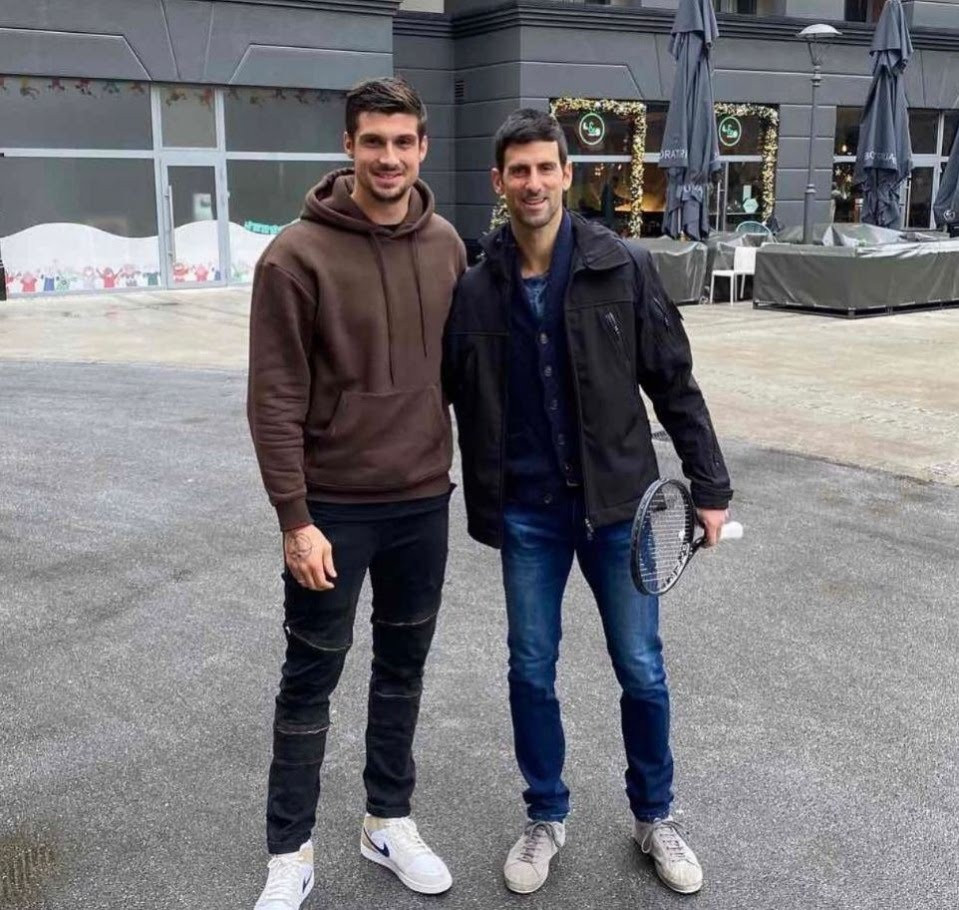 But on his Australian Travel Declaration – released by the federal court – Djokovic ticked the box claiming he had NOT travelled before his arrival.

Although he still faces being thrown out of the country, Djokovic has insisted he wants to stay and compete.

He tweeted on Monday: “I’m pleased and grateful that the Judge overturned my visa cancellation.

“Despite all that has happened, I want to stay and try to compete @AustralianOpen I remain focused on that. I flew here to play at one of the most important events we have in front of the amazing fans.

“For now I cannot say more but THANK YOU all for standing with me through all this and encouraging me to stay strong”.