The latest incident is coming few days after four family members died after eating ‘amala’ in the Mopa Town, Mopa-Amuro LGA of Kogi State at the weekend.

It was gathered that the incident, which happened on Monday evening, October 3, in the house of one Alhaji Ozankuroko, saw five family members dying at a spot before four others were rushed to the hospital.

The remaining four later died at the undisclosed hospital in the area.

A family source who begged anonymity said the father of the deceased victims has been arrested while the mother is still receiving treatment at an undisclosed hospital.

He said they are yet to know the actual cause of the deaths but are suspecting food poisoning or a spiritual attack.

The Police Public Relations Officer in the state, William Ovye Aya, confirmed the incident to Channels Television in Lokoja on Tuesday.

The PPRO said the command is working hard to unravel the cause of the death, adding that an investigation is ongoing. 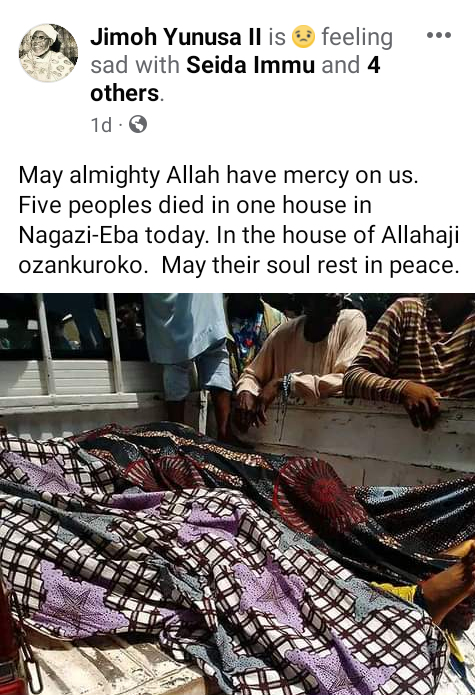