A newborn baby boy was abandoned in a cardboard box in Alaska with a note from his mother saying she couldn’t afford to feed the child.

Roxy Lane found the infant on New Year’s Eve by a row of mailboxes near her Fairbanks home. 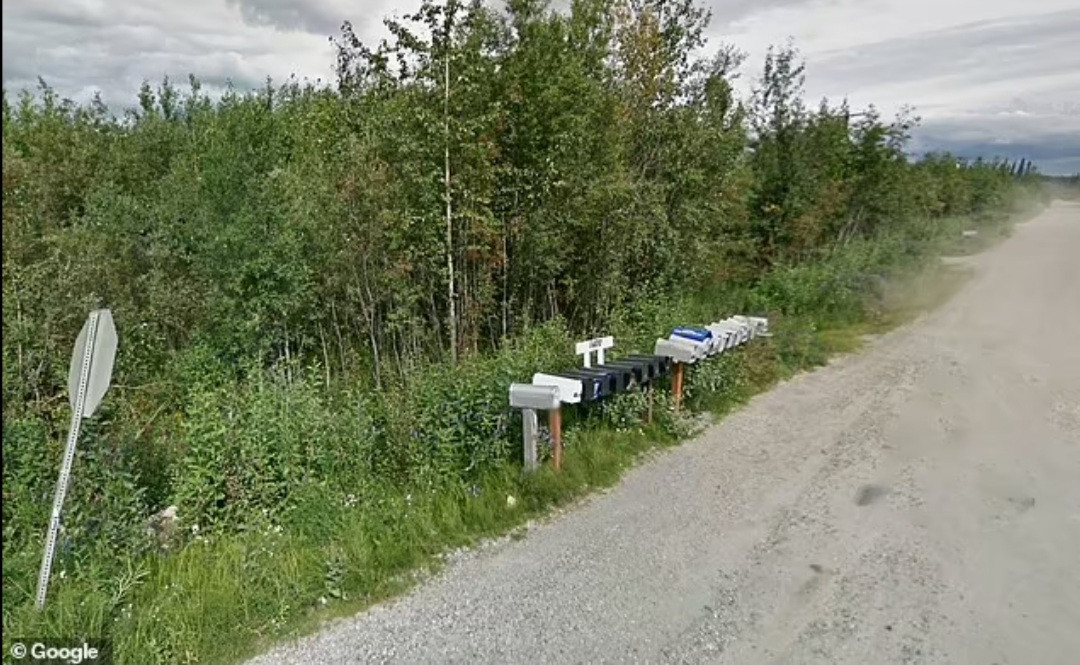 She found Teshawn in a box, swaddled in blankets, at the intersection of Dolphin Way and Chena Point Avenue, near Fairbanks, around 2pm on December 31.

She posted a video of the child and the note found with the child on her Facebook page.

The note from the child’s mother reads: “Please help me!!! My parents and grandparents don’t have food or money to raise me. They NEVER wanted to do this to me.

“Please take me and find me a LOVING FAMILY. My parents are begging whoever finds me. My name is Teshawn.” 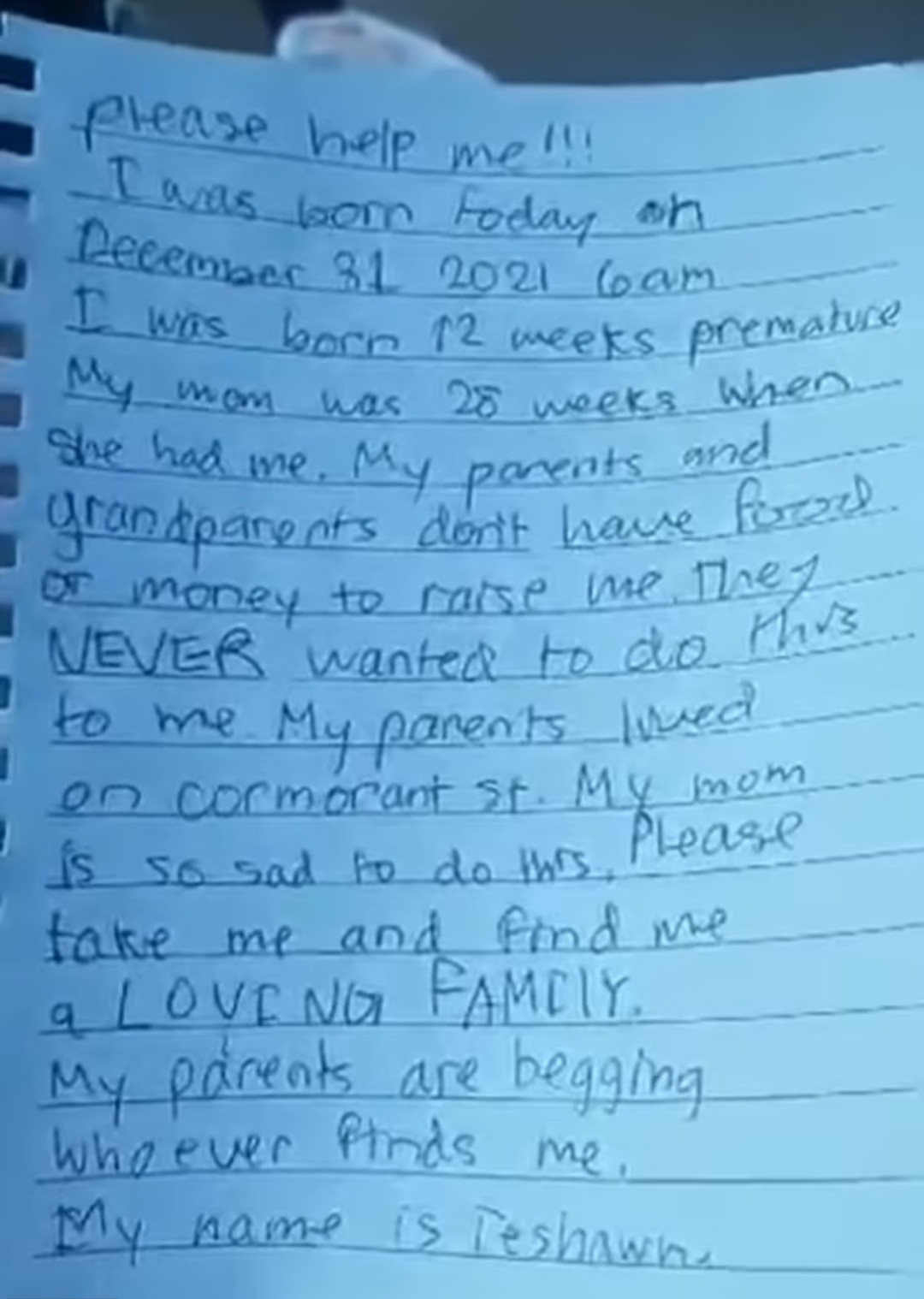 Teshawn was taken to a hospital by paramedics shortly after he was found and is said to be in good health, state police reported.

Authorities are still working to identify his mother.

The infant had entered the world earlier that day around 6am, his mother wrote in her note. 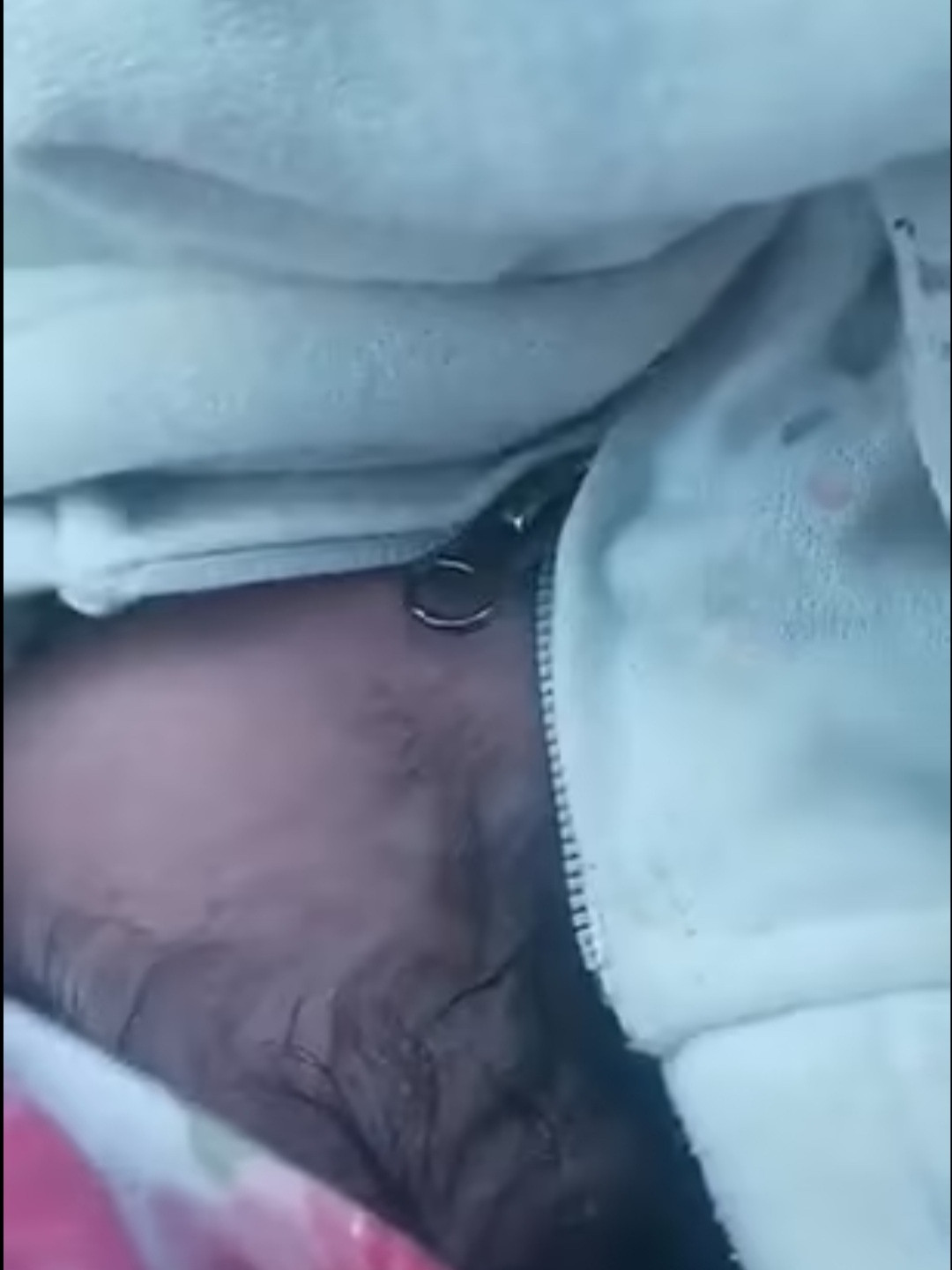 The note read: “I was born 12 weeks premature. My mom was 28 weeks when she had me. My parents lived on Cormorant Street. My mom is so sad to do this.”

Lane is asking her neighbors to help locate the abandoned baby’s mother. 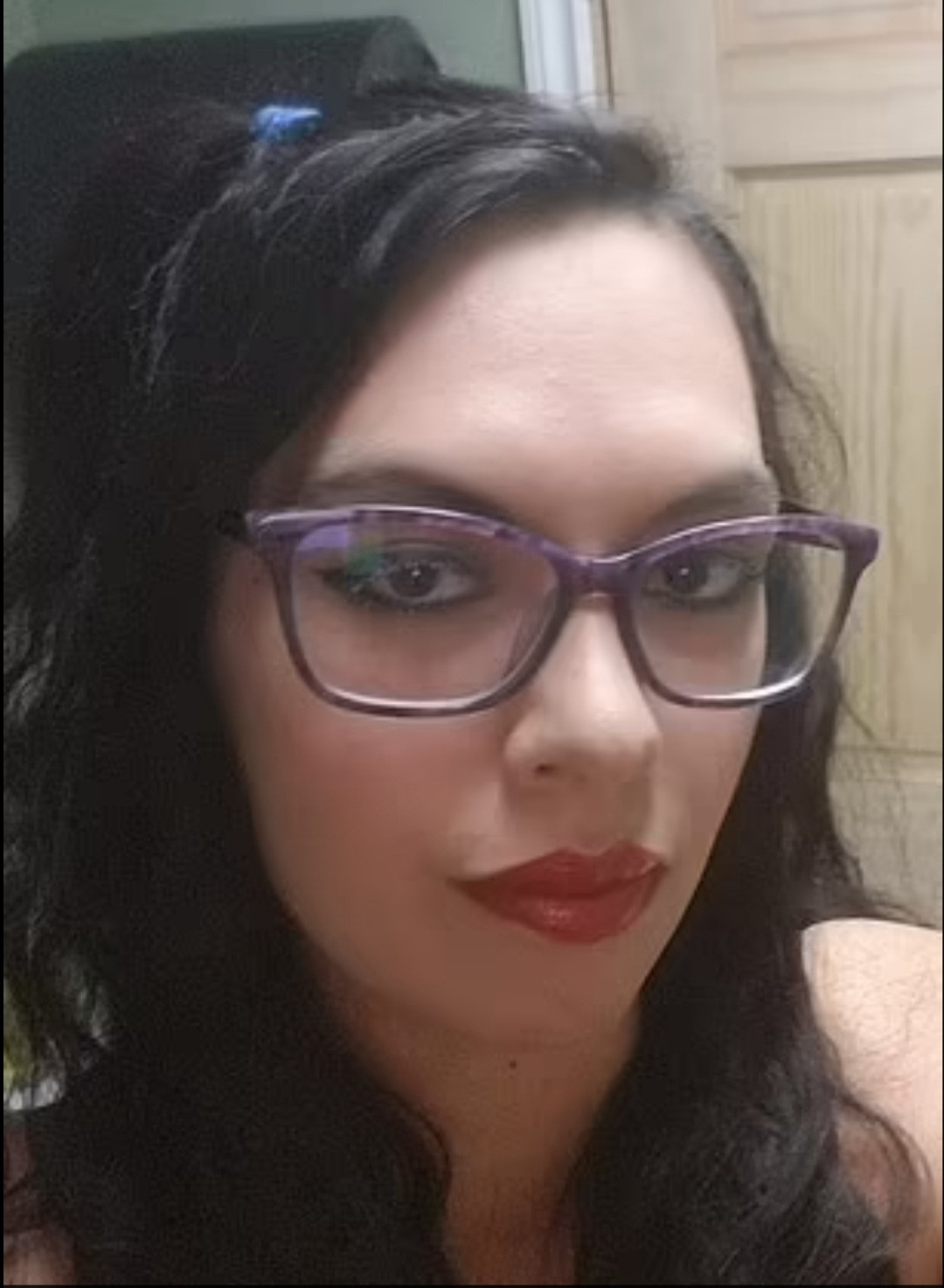 Based on her note, she said she doubts the family could have afforded to take the woman to the hospital and worries she may be in need of medical care.

“Please, someone knows this new mom, check on her! She might be in a desperate situation, feeling abandoned herself. We don’t know, there could be a whole backstory here behind closed doors,” Lane wrote.

“Clearly, someone in our community felt so lost and hopeless that they made probably the hardest choice of their lives to leave that innocent life on the side of the road with nothing but some blankets and a name.”

She continued: “But she named him! There’s some love there, even if she made a terrible decision.”

Lane said she has spent a lot of time processing the situation and trying to understand why someone would abandoned their child outside.

“Today I saved a baby and I’ll probably think about Teshawn for the rest of my life,” she wrote.

“I’ve been processing my feelings all day and running through all the different scenarios and reasons, with my bf and family, as to why something like this could have happened.”

She suggested Teshawn’s parents may have been young and unaware of Alaska’s Safe Haven Law, which allows parents to give up their unwanted children at safe places.

“There is always a safer, humane choice to surrender a baby and you will not get in trouble or even have to answer any difficult questions. Take the baby to a fire station, or church, or hospital and they will take care of them,” she wrote.