A video showing the moment a young Nigerian man met his sudden death while playing football with his friends in China has been shared online.

In the trending clip, the deceased, whose name was given as Kosi a.k.a Kizzy, was running on the pitch when he suddenly slumped and fell to the ground. 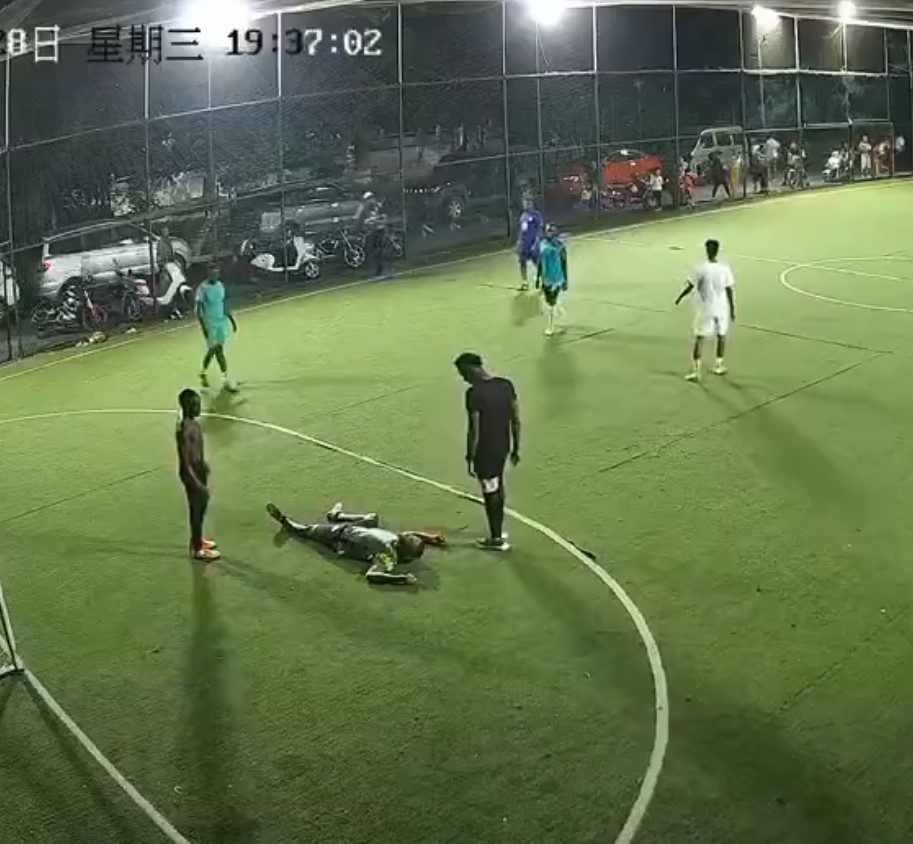 When he failed to stand up, his friends thought he was pulling a prank on them and started making jokes. One was heard saying “don’t mind this man” while another said “no dey joke na”.

Another man, who urged Kosi to stand up, jokingly asked if they should offer him a liquor, Hennesy, as life continued to slip away from his body.

Sadly, the young man said to be a student was pronounced dead on arrival after he was taken to a hospital.