Rumeysa Gelgi (born January 1, 1997) is a Turkish activist, researcher, and front-end developer who is the current holder of the Guinness World Records for the tallest living woman, largest hands (female), longest fingers (female), and longest back (female).

Rumeysa Gelgi also previously held the record for the tallest living female teenager. She is 7 feet, 0. 71 inches tall at 215. 16 cm. 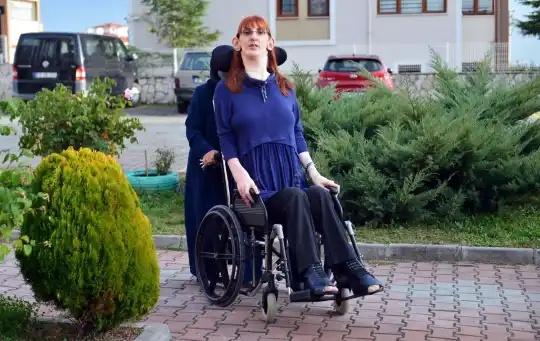 In Turkey’ s Karabük province, Gelgi resides. Weaver syndrome, a rare illness that also causes rapid growth and other abnormalities, is the source of her height.

Three times as many men are affected as women are. She normally moves in a wheelchair due to her disability, however, she can occasionally walk briefly using a walker.

She is unable to sit in seats shorter than 50 to 55 cm due to her disability. 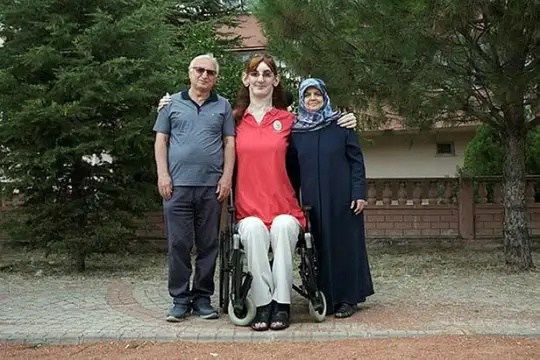 According to Gelgi, she wants to use her position to spread awareness of illnesses and problems similar to her own.

For the first time in her life, Gelgi was able to board a flight on November 8, 2022. Six chair rows from one of Turkish Airlines’ aircraft had to be removed in order to enable her to travel from Istanbul to San Francisco, California, in the United States. The incident received media coverage.

She was born with Weaver Syndrome, a rare genetic condition that would affect her for the rest of her life. 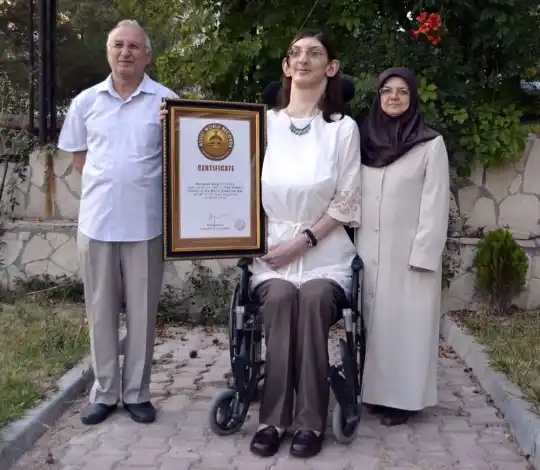 Rumeysa presented an exceptionally big size for a newborn at delivery, and the pediatric endocrinology clinic at Hacettepe University made the diagnosis of her disease.

Rumeysa’ s family is incredibly proud and supportive of her accomplishments even though no other family members have displayed symptoms of Weaver Syndrome. Rumeysa enjoys spending time with them and dining out with her family since they support her in achieving her goals. 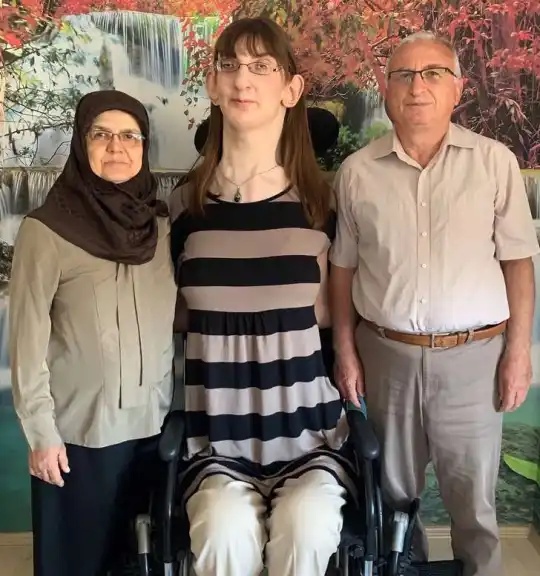 Her health is currently steady, and in addition to treatment, she also often goes swimming to build muscle. Despite the odd nature of her educational experience as a result of her peculiar condition, she graduated from high school in 2016.