A man filmed the moment he came across a suicidal man trying to hang himself.

The Good Samaritan saw the suidical man standing under a tree with a rope tied to the tree and hanging around his neck. A suitcase is also seen beside the suicidal man.

When the Good Samaritan approached and began talking to him, the suicidal man broke down in tears.

“Everybody is tired. This is a tough life. Man, don’t do it,” the Good Samaritan responds.

He then encourages the man to remove the noose from his neck.

“They don’t want me man,” the man says as he continues crying.

The Good samaritan hugs him and tells him he loves him. He then says a short prayer for him after getting him to change his mind about committing suicide. 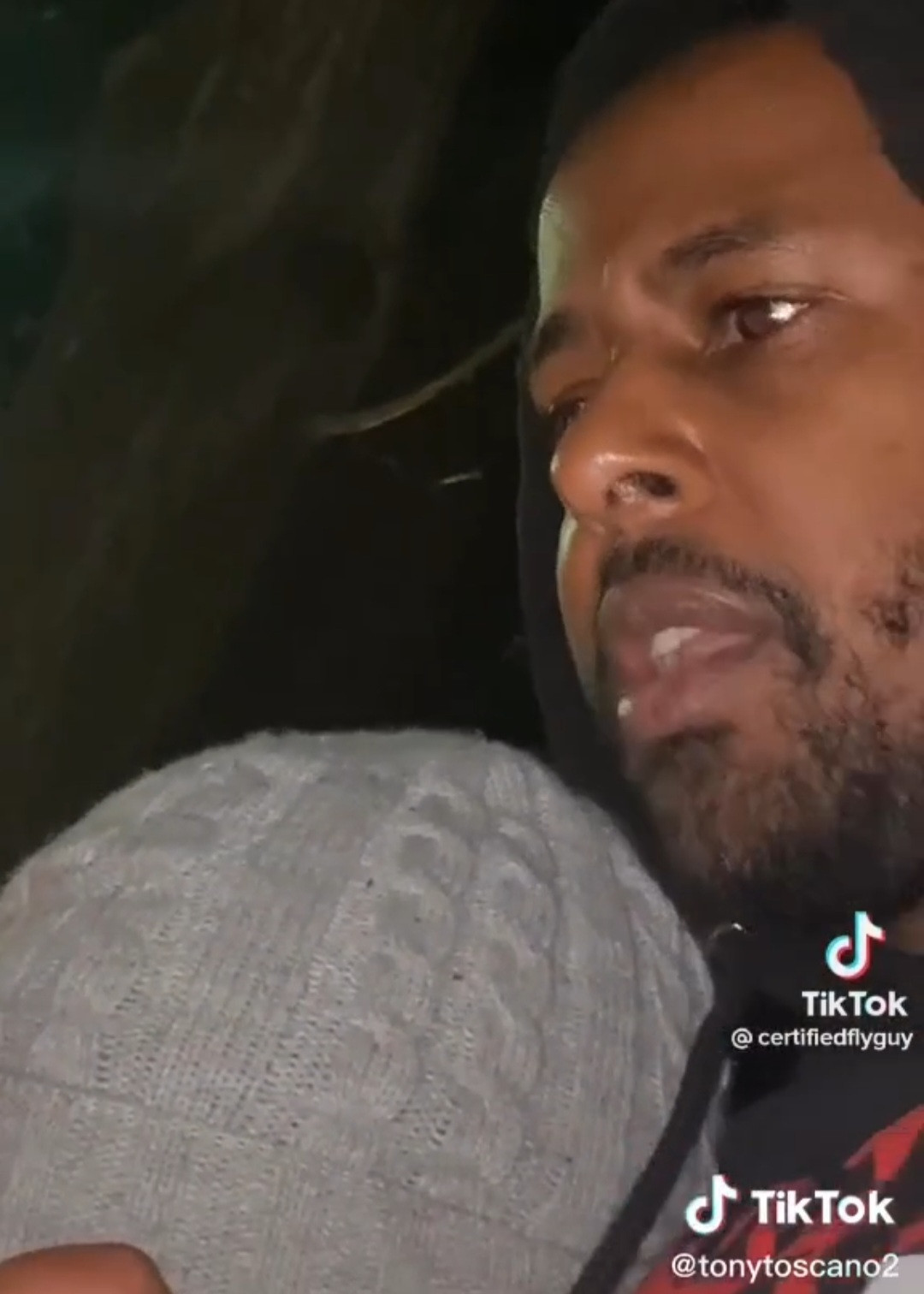 The incident happened in the US and the video is being circulated with a message asking people to check on their loved ones.