A man has been charged with the murder of his mother after she evicted him from her home for “poor behavior,” officials said.

Levi Isaac Davis, 26, allegedly stabbed his mom, Karly Cantrell, to death on Monday, October 10, and left her in a pool of blood at her home in Middleton, Idaho, USA.

Cantrell had been stabbed in the neck and abdomen, the Idaho Statesman reported.

Her husband, Kevin Kline, arrived home about 3:30 p.m. and found Cantrell lying in a pool of blood in the living room, with chunks of her hair and skin missing, according to an affidavit of probable cause filed by the Canyon County Sheriff’s Office.

Davis was arrested on the same day at 11:15 p.m. at a halfway house in Nampa after a neighbor told cops that a vehicle matching the suspect’s left the scene in the morning, KTVB reported.

Arresting officers reportedly found bloodstained clothes in Davis’ car and bedroom, as well as various wounds on the suspect, including a deep cut on the thigh and a burn mark on his arm.

Cantrell’s two teenage sons told investigators they last saw their mom at 7:35 a.m. Monday before they left for school, the Statesman said. 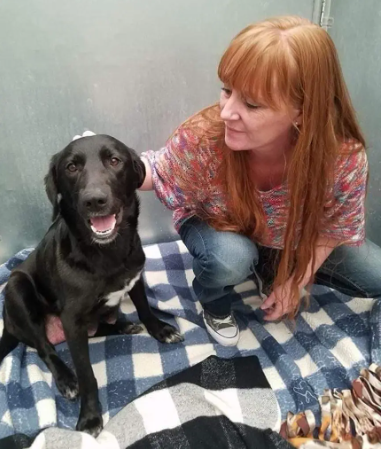 One of the boys, a 15-year-old, texted Cantrell that he had forgotten a school project, which she said she’d drop off but never did. When he and his 17-year-old brother texted their mom later in the day, she never responded.

Meanwhile, an acquaintance of Davis later told cops that the suspect showed up at his house at 9 a.m. that day “with what appeared to be blood on his pants” and asked if he could shower there, according to the affidavit.

Davis claimed he had stabbed himself but the friend told him to leave, officials said.

On Tuesday, October 11, Davis was charged with second-degree murder as well as a parole violation during a virtual arraignment at the Canyon County Courthouse.

Cantrell, an animal rights activist, was the executive director of the West Valley Humane Society. 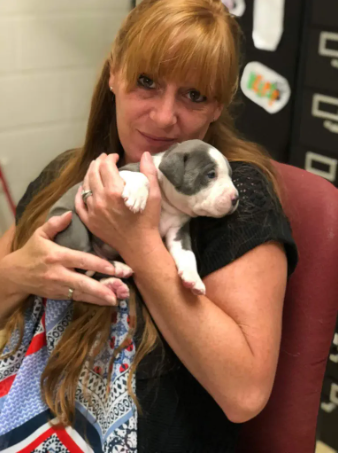 “Karly was the heart and soul of West Valley Humane Society and a fierce advocate for both animals and people in need. She was a kind, compassionate and empathetic friend, mother, wife, grandmother and daughter,” the organization said on Facebook.

“Her impact on the world moves far past the animal shelter and directly into the hearts of the many she took under her wing.

“Under Karly’s leadership, West Valley Humane Society evolved from a standard holding facility for stray animals to a leader and resource in animal welfare.”

The animal rights group added: “Karly arrived early, stayed late and was always available. Her presence will be deeply missed.”

Canyon County Prosecutor Sean Jorgensen called Cantrell’s brutal death “one of the most horrific fact patterns I’ve had to read in my time in this role,” KTVB reported.

Davis could have the murder charge upgraded to first-degree, he said.