The Bayelsa State Police Command has arrested a 35-year-old landlord, Oyeinmiebi Selekowei for the murder of his tenant’s 3-month-old baby during a brawl at Amassoma community in Southern Ijaw Local Government Area of the state.

The Bayelsa State Government through its Gender Response Initiative Team (GRIT) has indicated its readiness to support the legal processes that will lead to the prosecution of the landlord.

According to reports, Selekowei had on September 13 allegedly killed the three-month-old baby of his tenant, Oscar Pere, because the latter tried to rescue a woman believed to be the landlord’s mother from assault at the hands of her son.

Reports say that the suspect, angry with the intervention of Pere, threatened to deal with him and kill his child.

Pere, in a complaint lodged with GRIT, stated that the suspect transferred aggression on him by holding his child upside down and hitting the back of the child’s head against the door until the baby died.

Findings showed that several relatives of the suspect had mounted pressure on the father of the deceased to settle the matter amicably.

Pere, a youth pastor with the Redeemed Christian of Church of God (RCCG), was quoted to have told GRIT officials that he did not want to be involved in any case against his child’s killer.

“I told you to let God fight because vengeance belongs to God. I will not want to offend my God by doing things outside his will,’ Pere reportedly said in his message.

However, officials of GRIT are preparing to press charges. 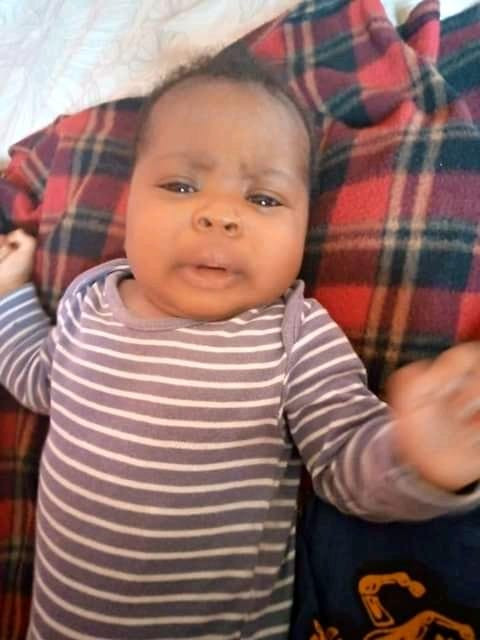 GRIT State Chairman Mrs Dise Sheila Ogbise, speaking on the issue on Wednesday, described the act of the suspect as barbaric and a criminal act against the state.

“The Prosperity Government of Governor Douye Diri has declared zero tolerance to all forms of violence especially gender-based violence and this case will not be an exception” she said.

GRIT Head of the Legal Mrs Debra Pamosoo said the complaint lodged at the GRIT secretariat by the father of the late child is criminal in nature and if the alleged offender is found guilty by a competent court of law, the punishment will be a death sentence.

“See Section 319 Criminal Code Of Bayelsa State. It suffices to also say that the alleged offence by the landlord is a breach of the constitutional fundamental right to life of the three months old baby,’ Pamosoo said.

Further checks showed that the suspect is in the custody of the State Criminal Intelligence Department (SCID) of the State Command which is investigating a case of murder against him.

Spokesman of the State Police Command, Asinim Butswat, confirmed that the accused landlord is still in the custody of the SCID and the legal department is preparing to charge him to court. 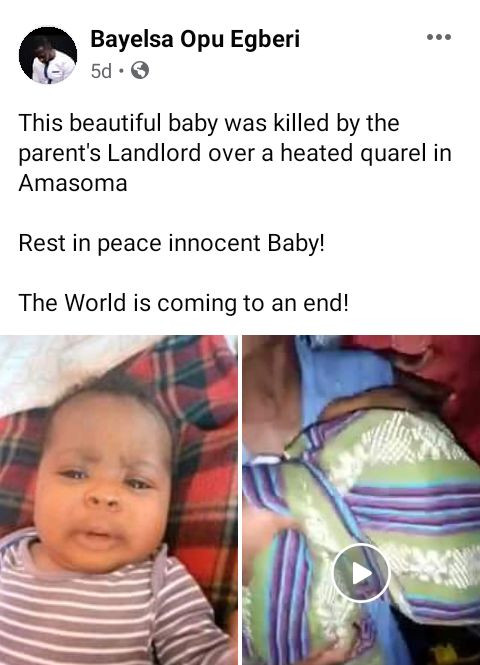 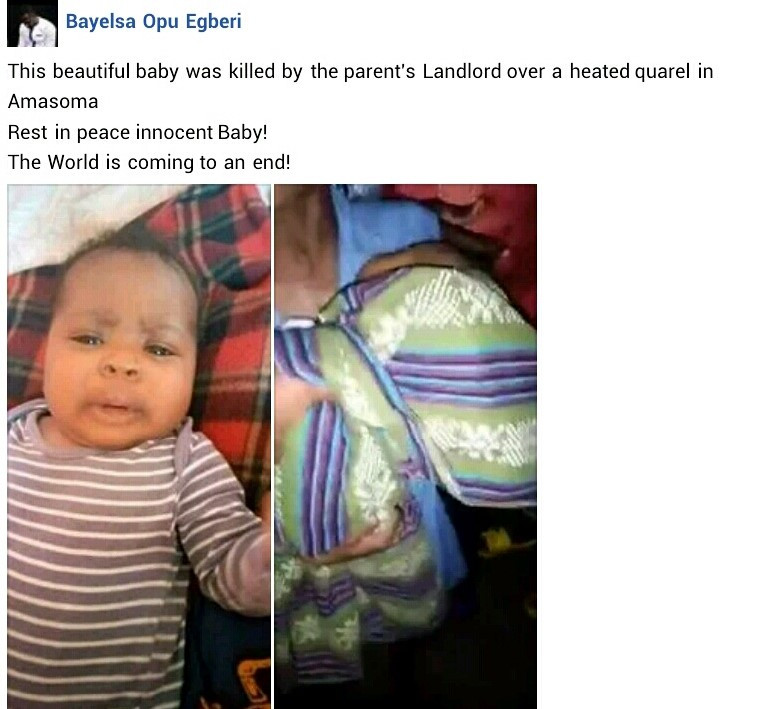