A lady has taken to social media to ask for advice of people after she got dumped by a man she cheated on her boyfriend with.

Narrating her story, she admitted that her boyfriend is quite handsome and takes good care of her, but she still went ahead to cheat on him with another man.

She disclosed that after being intimate with the new man, he requested to make things official, she resisted at the first instance, but when it was as if she was ready, the man backed off.

I met a guy December last year and what was supposed to be a one night stand turned into a relationship…. he stays in Ghana and he met my family although not officially before he went back in January.

Communication is constant… sends me money n all, he even told me one time he actually wanted to propose before he left but his friends advised him not to…”

Read the story below… 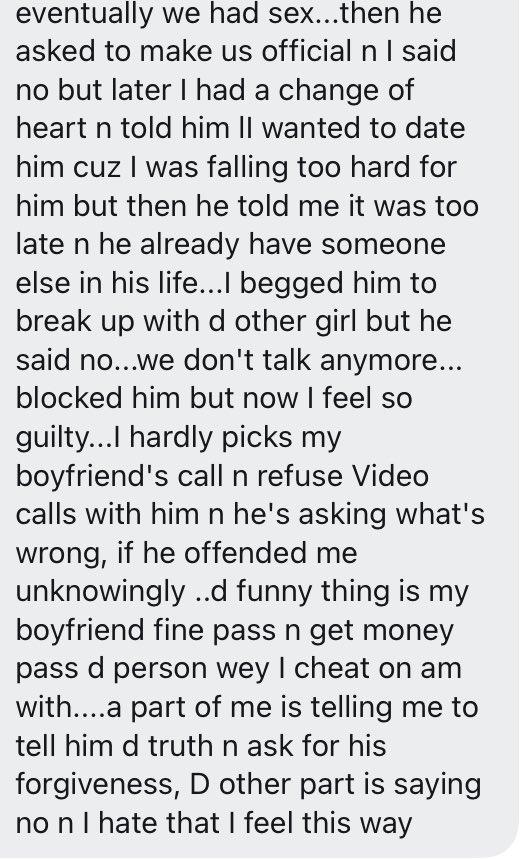