A heartbroken lady suffers a third-degree burn after storming the wedding ceremony of her ex-boyfriend with another woman in Abia State.

The lady in question who felt jilted after being dumped for another woman created a scene at the wedding where she successfully set the groom on fire.

According to a Twitter user who narrated the ordeal, the ex-boyfriend held on to the lady and made sure she gets a taste of the fire too, leaving both with severe burns.

“A woman set her ex boyfriend on fire after she found out he was about getting married to another girl after dumping her. The ex grabbed her, and both of them were burnt together. This happened in Abia State. They’re still alive but both received 3rd degree burns,” she wrote. 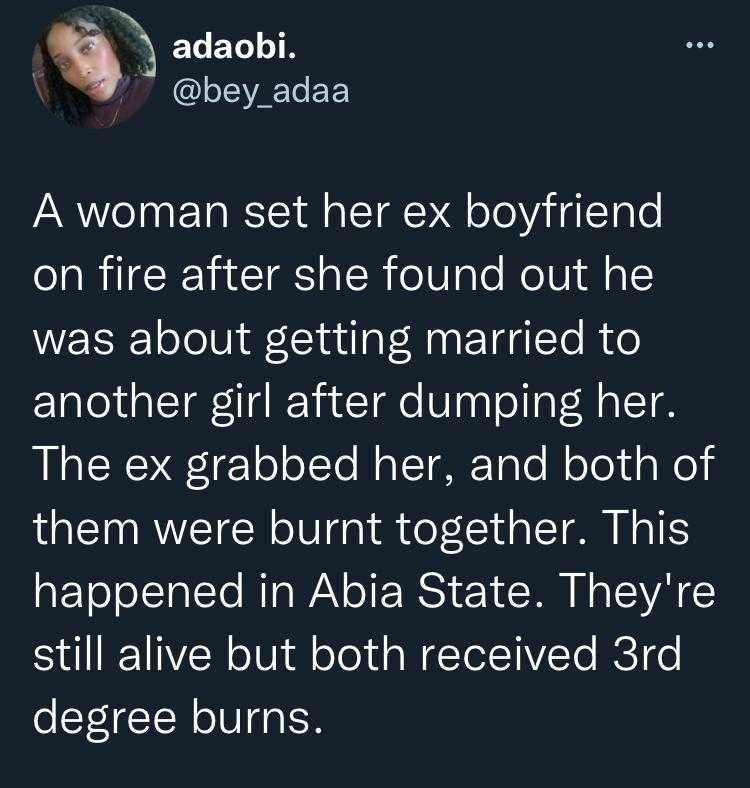