A young lady has disclosed that she slept with her stepfather, a pastor, and she blames her mother for her actions.

The young woman disclosed this while answering a question on Twitter.

“Why did you stop going to church?” a Twitter user asked and different people responded.

However, this user’s response stood out.

She said she stopped going to church after sleeping with the pastor, who is also her stepfather.

She blamed her mother for it. She said her mother neglected her and didn’t give her the kind of attention she gave to the other kids.

She added that when her mother found out she slept with her husband, she chased her out.

Now, the Twitter user says she’s a stay-at-home girlfriend because she can’t get a decent job due to her inadequate educational qualification.

She added that she doesn’t regret hurting her mother by sleeping with her husband. 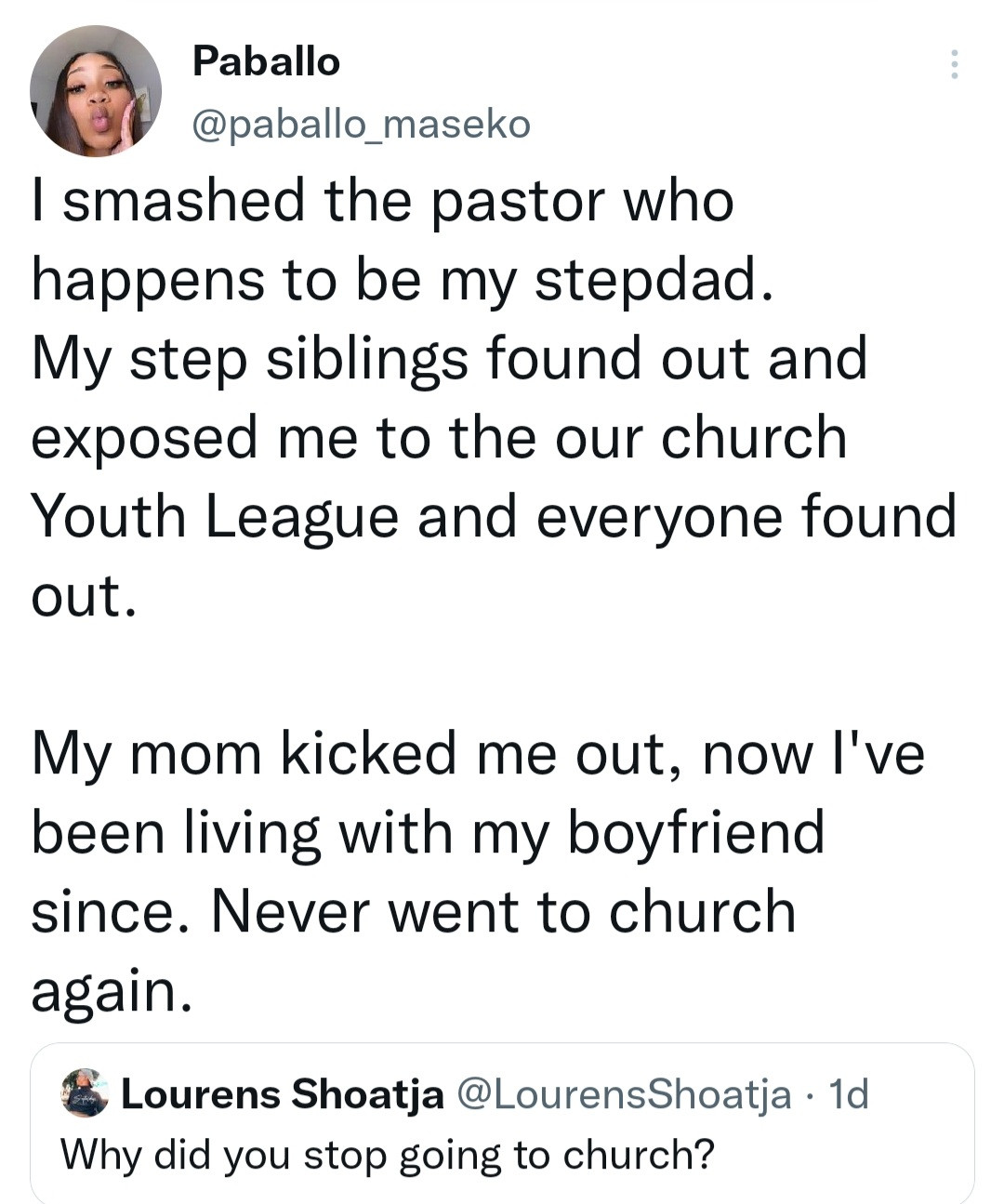 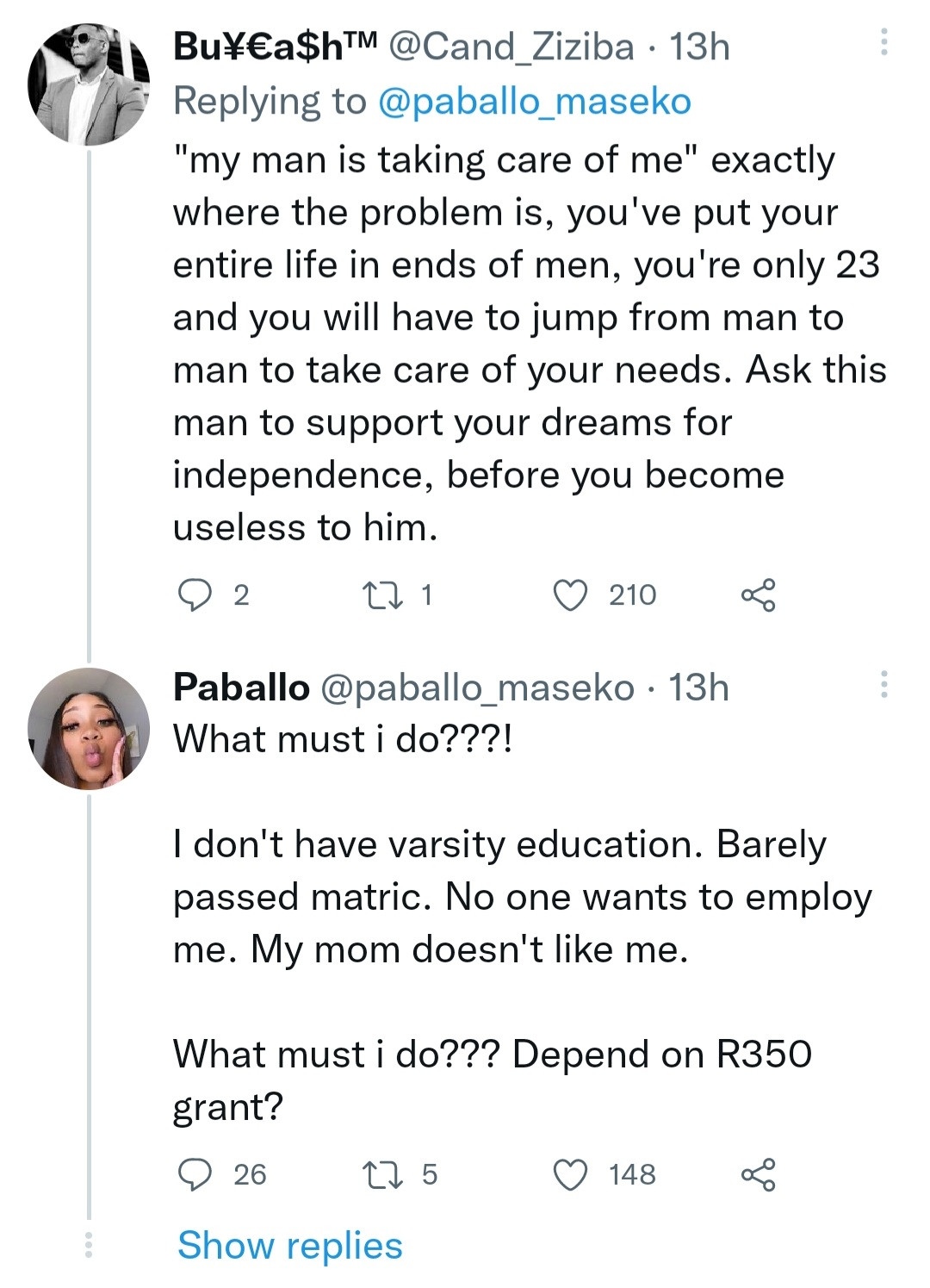