The newly-appointed King even took the time to “express his love for Harry and Meghan” as he made his inaugural speech since taking to the throne,.

In a pre-recorded speech shown on every major TV channel, King Charles said: “Throughout her life, Her Majesty The Queen – my beloved Mother – was an inspiration and example to me and to all my family, and we owe her the most heartfelt debt any family can owe to their mother.” 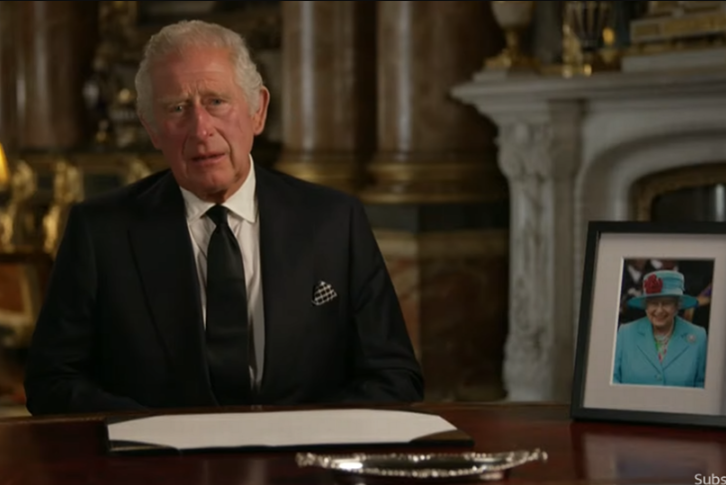 Charles then spoke of the Queen’s famous promise made at 25 to dedicate her life to the service of her country.

“That promise of lifelong service I renew today,” he said.

He continued: “My life will, of course, change.”

He then expressed his sorrow at having less time to dedicate to the charitable causes he has committed his time to prior to ascending the throne.

He also took the time to acknowledge Prince William and Kate Middleton as Prince and Princess of Wales, among the many other titles they inherited upon the passing of the Queen.

He then extended his love to his estranged son Harry and wife Meghan, who stepped down as royals in 2020.

He said: “I want also to express my love for Harry and Meghan as they continue to build their lives overseas.”

“To my darling mama, as you begin your last great journey to join my dear Papa, I want to say this: thank you,” he added.

Quoting Shakespeare’s Hamlet, he ended his speech: “May flights of angels sing thee to thy rest.”