Kazu Miura, the world’s oldest footballer, has signed for a new club to continue his football career that has spanned 36 years.

Miura, 55, spent a decade starring for the Japanese national team, and began his professional career back in 1986 with Brazilian side Santos.

Since then he has moved teams on 14 occasions but had spent 17 years with Yokohama FC before being loaned out to Suzuka Point Getters earlier this year.

Miura was seen at the airport heading to Portugal on Wednesday, December 7 ahead of the move. He waved at journalists who took pictures of him as he arrived. 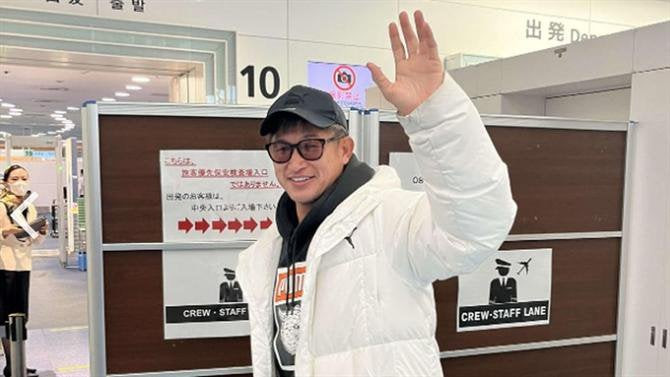 He became popular in the early 90s when he beat England icon, Gary Lineker, who played for Grampus Eight, to the J-League’s most valuable player award.

Miura bagged 117 goals in 192 appearances for Verdy Kawasaki and was named Asian Footballer of the Year in 1992 – beating Lineker to the prize.

That led to a loan move to Italian side Genoa followed by a permanent switch to Dinamo Zagreb in Croatia.

He then returned to Japan in 1999 with Kyoto Sanga.

He then spent five years at Vissel Kobe, before he moved to Yokohama in 2005.

Miura also spent a decade playing for Japan between 1990 and 2000, scoring a sensational 55 goals in 89 appearances.

The veteran attacker revealed earlier this year he plans to carry on playing until he is 60.