Kanye West changes his Instagram profile picture to Kris Jenner after their feud, says it was done with 'thoughts of peace and respect'
Search
Create
Menu
Search
Create Kanye West has left his fans shocked after he took to his Instagram page to change his profile picture to a headshot image of his ex-mother-in-law Kris Jenner.

The 45-year-old rapper also explained the reason behind it, saying it was done with the best of intentions. He said, ‘I POSTED KRIS WITH THOUGHTS OF PEACE AND RESPECT. LETS CHANGE THE NARRATIVE.’ 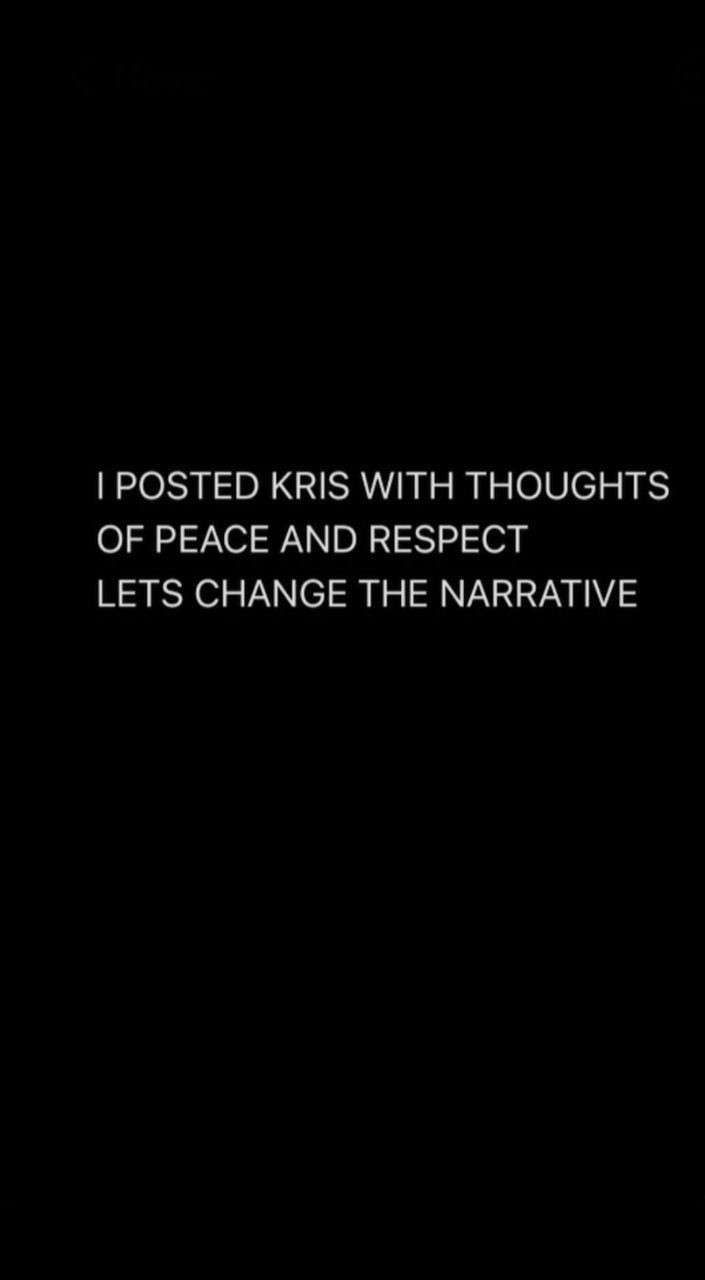 West has had some issues in the past with Jenner, and has taken to social media severally, to call out the entertainment mogul, 66, who is the mother of his ex-wife Kim Kardashian, 41.

Earlier this month, Kanye said he felt Jenner had coerced two of her daughters, Kim and Kylie Jenner, 25, to pose for Playboy.

He posted an image of Kylie associate Victoria Villarroel, saying, ‘Don’t let Kris make you do Playboy like she made Kylie and Kim do.

He added: ‘I deal with the addiction [and] Instagram promotes it. Not gonna let it happen to Northy and Chicago.’

Jenner was upset about the jabs West took at her, as she feels she’s done ‘nothing but try to help’ him, sources told HollywoodLife.

Kris thought that Kanye was way out of line for what he said about her yesterday,’ one source told the site. ‘Kris has done nothing but try to help Kanye and mediate the tension between him and Kim. Kris is really hurt by his comments, and she let him know this.

‘Kris works so hard to make sure that everyone in her family is kept safe and she will defend her family however she can. But she knows that if she were to speak out and respond to Kanye that he would only escalate the situation and that is the last thing she wants, or needs, at this time. Kim is the mother of his kids and Kris thinks that needs to respect her and keep the kids out of it.’

A second source told the site that while Jenner was ‘completely shocked’ about West’s attack on her, she’s used to him bashing the family on social media and ‘doesn’t think he’ll ever truly change.’

The source said Kris ‘is bothered that he’s not only humiliating Kim and himself but bringing the children into it is unacceptable.’