The 27-year-old singer found out he contracted the coronavirus on Saturday February 19, but is “thankfully feeling OK,” his rep told TMZ.

Bieber also cancelled his scheduled show at the T-Mobile Arena in Las Vegas on Sunday February 20. The show has been rescheduled for the summer. The singer is supposed to perform at two more shows this week, in Arizona on Tuesday and California on Thursday, but no word yet on whether those will also be postponed.

“Due to positive COVID results within the Justice Tour family, we will, unfortunately, have to postpone Sunday’s show in Las Vegas.

“Justin is, of course, hugely disappointed, but the health and safety of his crew and fans is always his number one priority.” 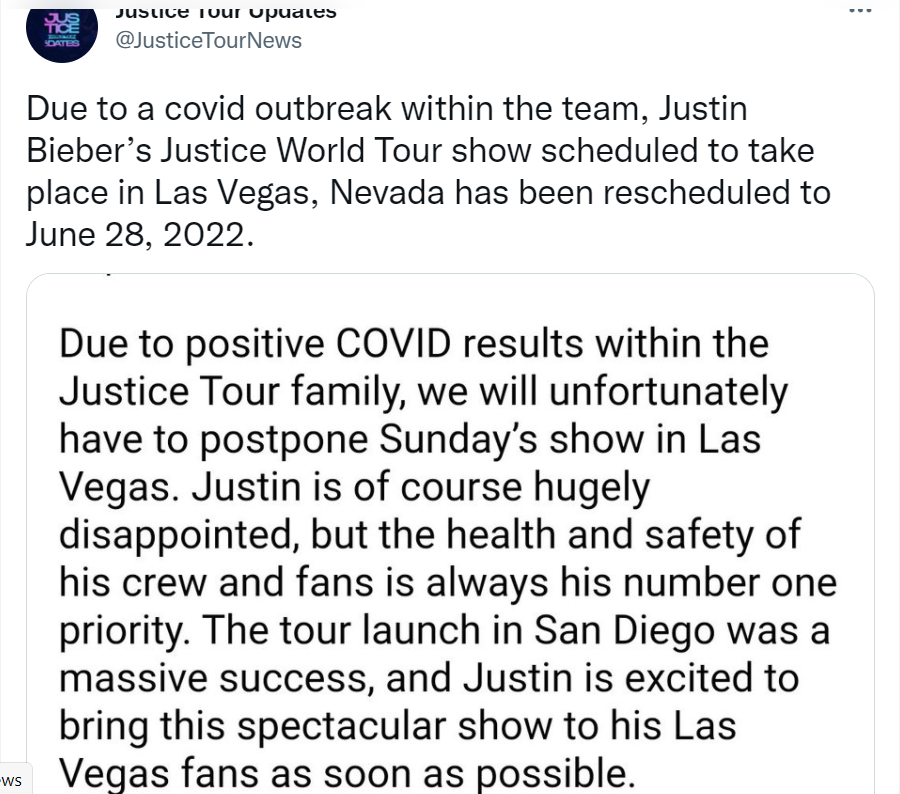 News of Bieber’s COVID-19 diagnosis comes one week after he performed to a packed crowd at the Pacific Design Center in West Hollywood, Calif., for the h.wood Group and Revolve’s “Homecoming Weekend” pre-Super Bowl party.

The singer performed hits like “Yummy,” “Peaches” and “As I Am” at the bash, which was attended by stars like Leonardo DiCaprio, Eli Manning, Chrishell Stause, Jason Oppenheim and Bieber’s wife, Hailey.