Justin Bieber has revealed he suffered a ‘little bit of an emotional breakdown’ after tying the knot with Hailey Baldwin and realizing marriage wasn’t going to ‘fix’ all his problems.

The 28-year-old singer opened up about his struggle during a recent interview with Apple Music’s Ebro Darden, shared via People. According to Bieber, when he tied the knot with Baldwin in 2014, he had an “emotional breakdown,” as his marriage didn’t solve the problems that he initially expected it to.

“I remember when I first got married, I hit a little bit of an emotional breakdown because I thought marriage was going to fix all my problems and it didn’t,” he explained. “It just kind of was a reflection of like: ‘Man, you’re a bit of a hypocrite.’”

He noted that he had been a hypocrite by expecting Baldwin to “do something” that he was not doing, which he said ultimately encouraged him to do some self-reflection.

“You want your wife to do something that you’re not doing and it’s like, it’s hard sometimes to look in the mirror and really have to realise, man, maybe you’re not the person that you necessarily thought that you were,” he continued. “And that’s just a result of trauma and life circumstances.” 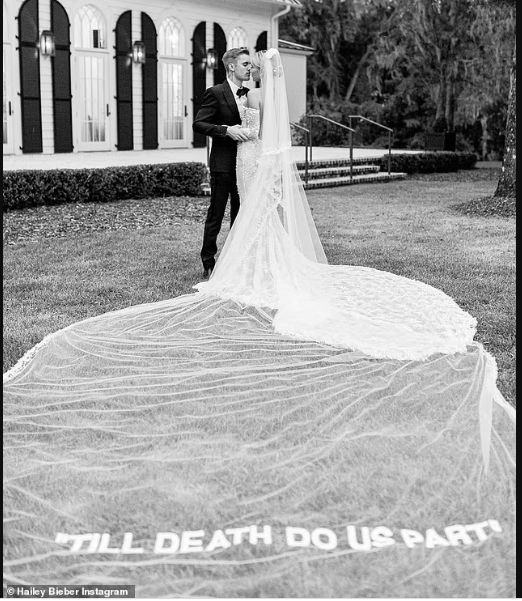 The Honest singer then went on to describe his “faith journey” and how his “relationship with Jesus” allowed him to “not be so hard on [himself]”.

“Just the idea that I’m forgiven and that he’s walking me through this journey and day by day, I get to just get better and better and not be too hard on myself,” he continued.

Bieber also shared his hopes for other people to form a strong bond with God, like he has, as he believes that it can motivate people to “get back up” when life gets hards.

“I think that that’s ultimately what’s going to encourage the people of the world of like, it’s discouraging out here sometimes, life smacks you in the face and it can be hard to get back up,” he said.

Bieber said that once he realised that God is “compassionate” and “loving,” it “changed everything” for him.

“When you can have a perspective that God is not an angry dude, he is a loving, considerate, compassionate God who knows what we’re going through and just wants us to be the best versions of ourselves,” he added. “That for me in that perspective has really changed everything, man.”

Bieber has previously opened up about his mental health and marriage, detailing how the two can impact each other. During an interview with GQ last April, the Stay singer noted how relationships aren’t always easy, as he was dealing with a lot of “trauma” during the start of his marriage.

“The first year of marriage was really tough,” he explained. “Because there was a lot, going back to the trauma stuff. There was just [a] lack of trust. There was all these things that you don’t want to admit to the person that you’re with, because it’s scary. You don’t want to scare them off by saying: ‘I’m scared.’”

However, Bieber said that their relationship changed once he started believing more in his marriage, as he has continued “creating” memories with his wife.

“We’re just creating these moments for us as a couple, as a family, that we’re building these memories,” he added. “And it’s beautiful that we have that to look forward to.”