The police in India has launched a manhunt for a teacher accused of beating a low-caste student which led to his death, over a spelling mistake.

The victim, Nikhil Dohre, was beaten up by his social science teacher on September 7 after he made a mistake in an exam. His health deteriorated after that and he was taken to a hospital.

The Class 10 Dalit student who was fatally beaten up by his school teacher in Auraiya, died during treatment in the hospital. It was gathered that the accused fled the area after his student’s death.

On September 24, Nikhil’s father, Raju Dohre, lodged a report in the Achhalda police station against the teacher for not cooperating in the treatment and for using caste-indicative abusive words.

The FIR was registered against the accused, Ashwini Singh, at Acchalda police station and teams have been formed to arrest the accused. Auraiya’s Superintendent of Police Charu Nigam said;

“We have talked to Etawah chief medical officer to set up a panel for autopsy to find out the cause of death and get the autopsy and videographed. Further action will be taken. Three teams have been formed to arrest the accused.” 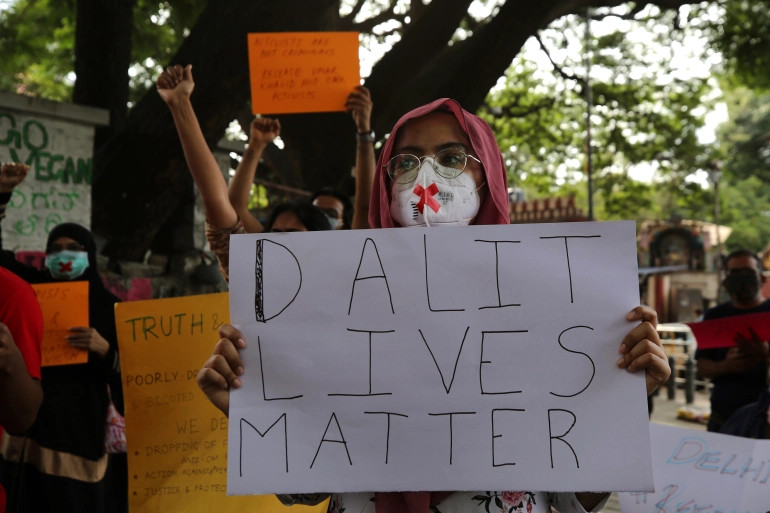 “He is on the run, but we will arrest him soon,” police officer Mahendra Pratap Singh told AFP.
Dohre was a member of the Dalit community, which sits at the lowest rung of India’s caste system and has been subject to prejudice and discrimination for centuries.

Hundreds of people took to the streets on Monday September 24, after news of Dohre’s death spread in Auraiya district, the location of the attack.

The crowd demanded the teacher’s arrest before the cremation of the boy’s body and torched a police vehicle.

Around a dozen protesters had been arrested, Singh said. “We used force to quell the mob and the situation soon came under control,” Superintendent of Police Charu Nigam told reporters.