Juan Roman Riquelme, one of Argentina’s finest footballers who represented the likes of Boca Juniors, Barcelona and Villarreal during his career, believes that Paris Saint-Germain have a great chance to win the Champions League now that they have Lionel Messi in their ranks. 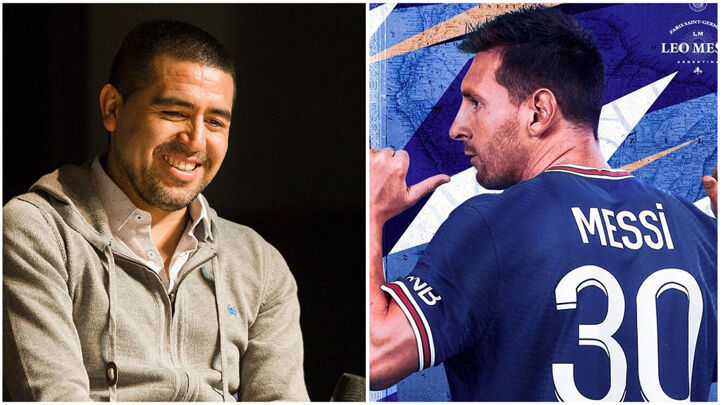 PSG are the frontrunners to lift Europe’s most prized trophy, despite never having done so in their history, and Riquelme is of the belief that if they fail to win it with Messi in their team, they never will.

“If PSG don’t win the Champions League now with Messi, they never will,” Riquelme said during an interview with ESPN.

For the current Boca Juniors vice-president, there is no doubt about who is the best player in the world at present.

“Messi is the best because he likes play with the ball,” Riquelme declared.

While Riquelme believes that Messi will lead PSG to Champions League glory, he has predicted a return to Barcelona in the future.

“I think that Messi will win the Champions League with PSG and retire at Barcelona,” he stated.