A Nigerian woman, Rosemary Nkiruka, has accused her estranged husband of threatening to kill her and destroy her business after she walked away from their marriage due to alleged domestic violence. 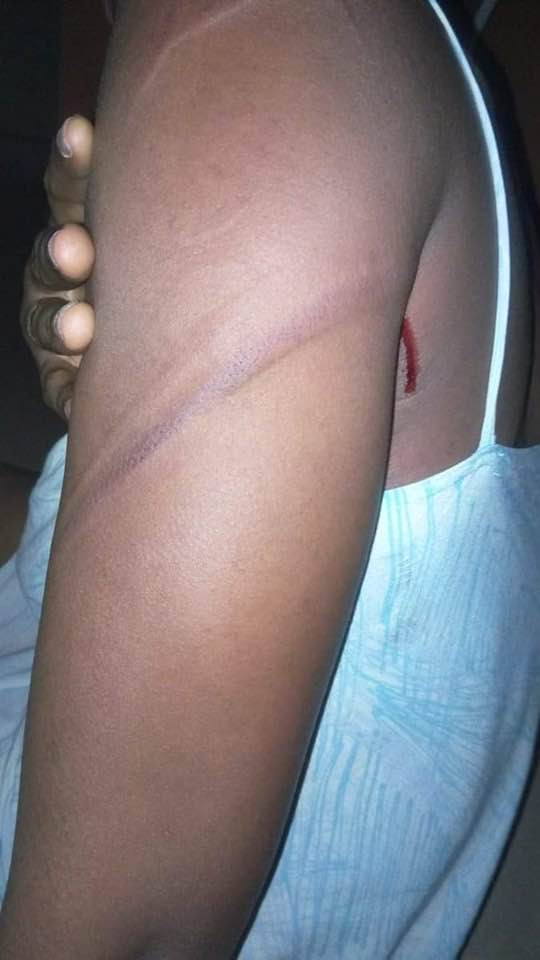 The mother of two said that her husband who she identified as Obarijima Yorgba, had been assaulting her for many years, stripping her naked even in public.

In the Facebook post published on Monday, October 10, Rosemary said she left her marriage on April 15, 2022, because she could no longer endure the constant abuse. 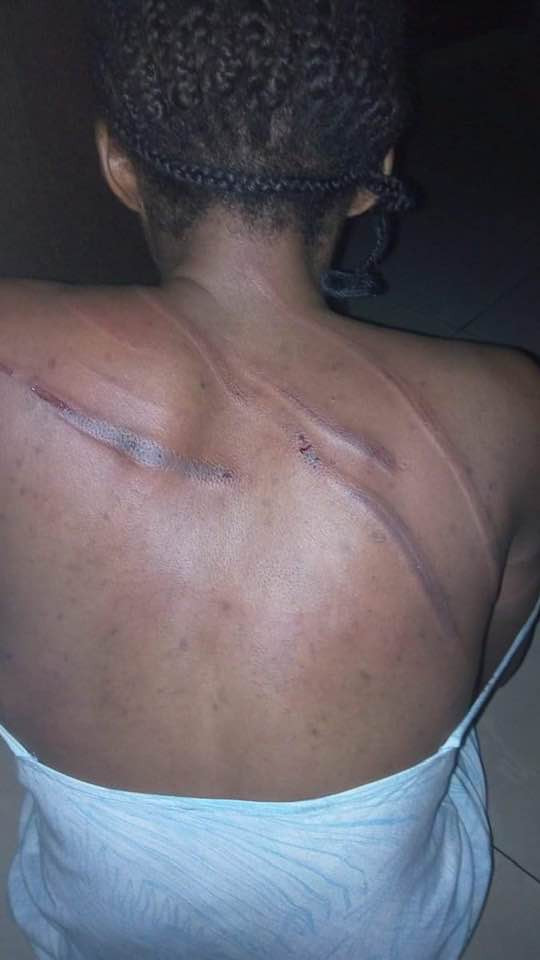 “I tried to avoid doing this because of how I was raised and because of my boys, but I have been pushed and it is time for the world to hear my voice and my side of story.”

“I left my marriage on the 15th of April 2022 because my life was almost taken away from me. I was That woman who stood and was ready to build a beautiful family with Mr Obarijima Yorgba. I had a beautiful dream planned out but the more I tried the more my life was put on the line for years I suffered in silence, I  was beaten like a common criminal, Abused in public, A lot of people had seen my nakedness in some cases when Obarijima will beat me because he will destroy my clothes.’

“I have lost my memory before but God restored it, I have scars on my body today because of Obarijima I was depressed and almost gave up but God saved me.

“I was still married to Mr Obarijima but he spoils my name to friends, family members, co workers and church members the ones that believed him did and pushed me away and did more harm to my situation.

“A lot happened to me then I decided to take that bold step not minding what the world will say, because I have every reason to stay alive if not for anything for my boys so I left the marriage to stay alive but my life is being threatened by this Vampires till now and my business is also being threatened. he said he will kill me and destroy my business and bring me down.

“I want the world to be on the know am not scared of Obarijima Yorgba because his not my God and if he tries to hurt me or my boys again my God will kill him for every pain he made me went through in his house Obarijima will suffer, for my blood he constantly spill it will speak against him and everyone his working with let the judgement of God befall them from today. I AM NO LONGER MRS OBARIJIMA ROSEMARY I AM ROSEMARY NKIRUKA CHRISTIAN.” 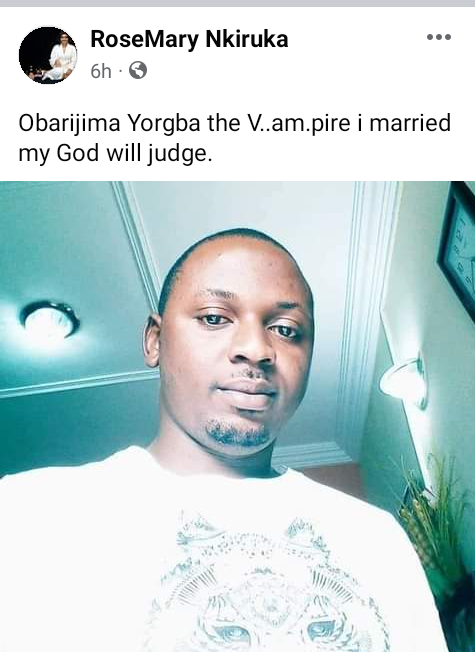 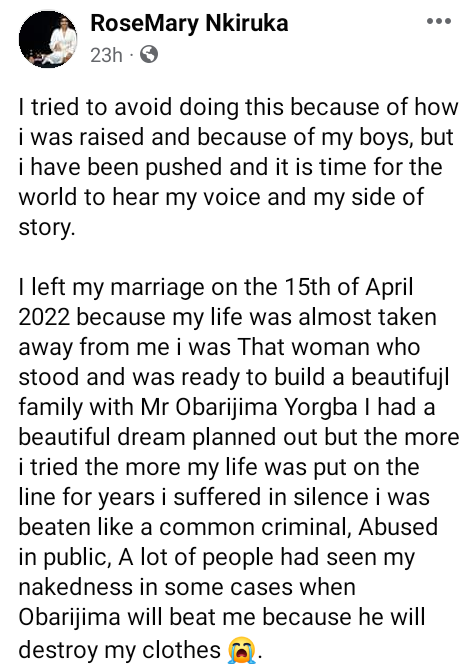 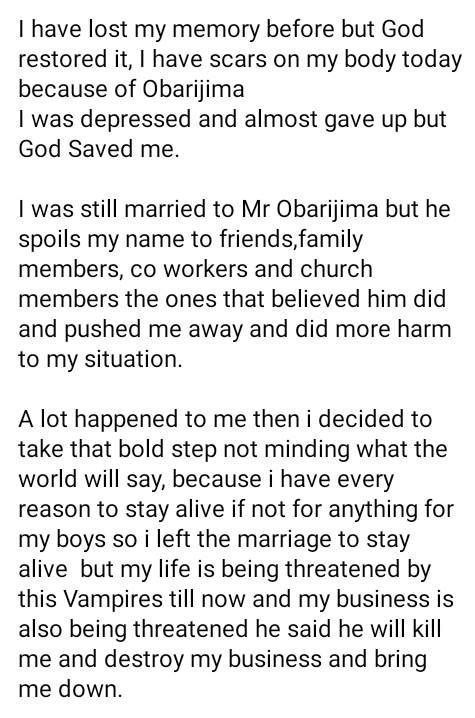 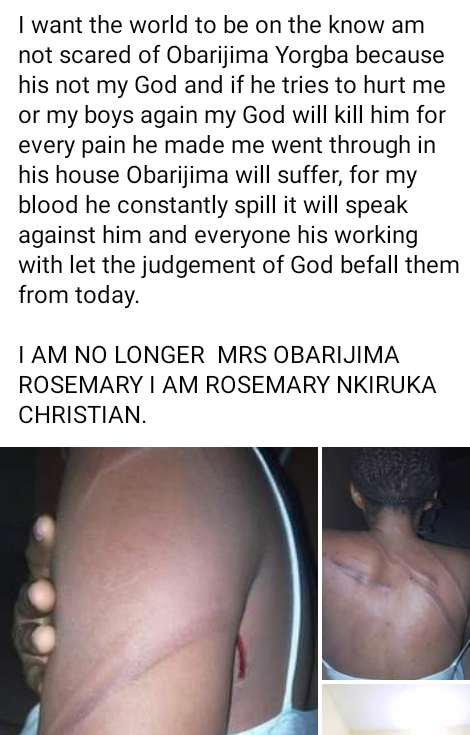 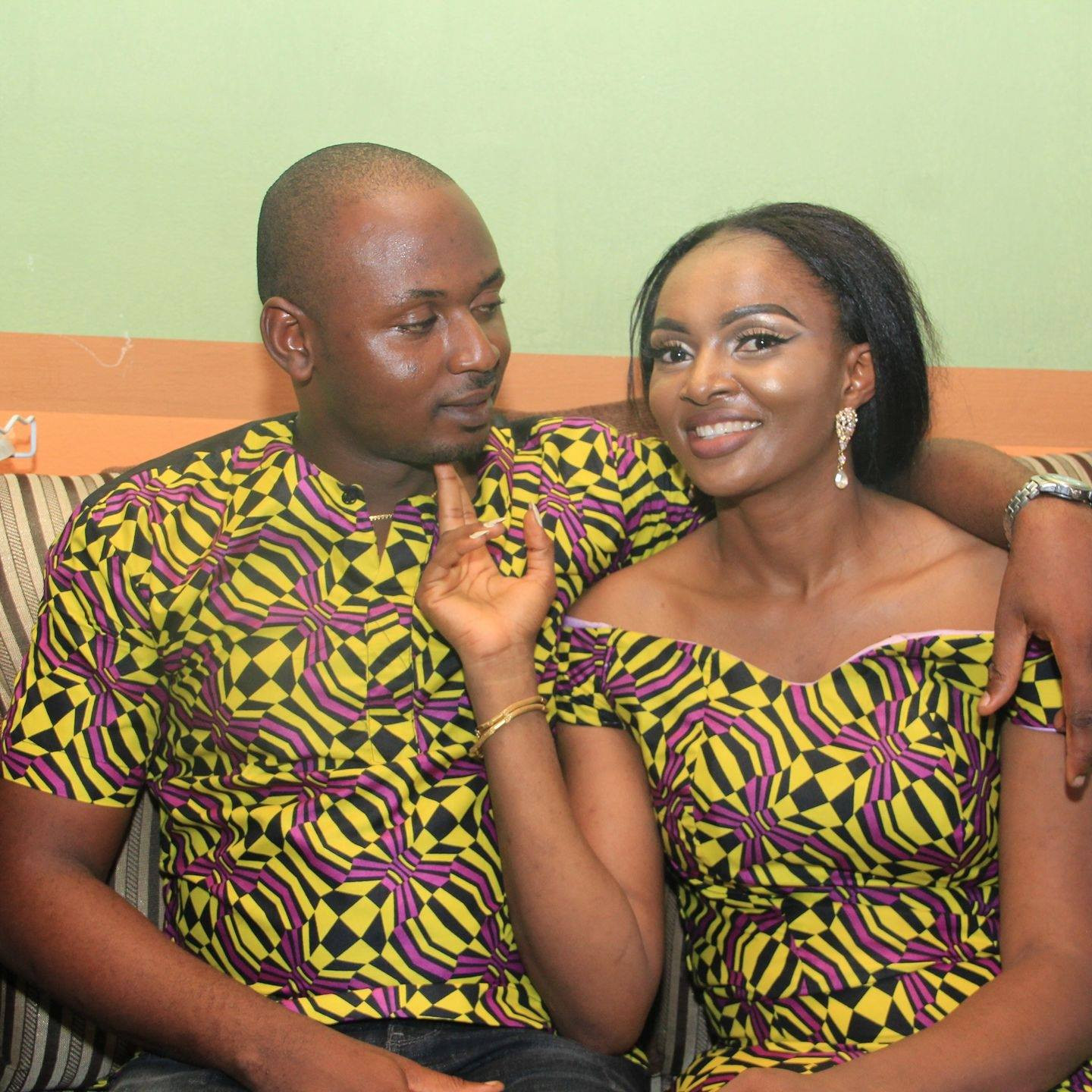 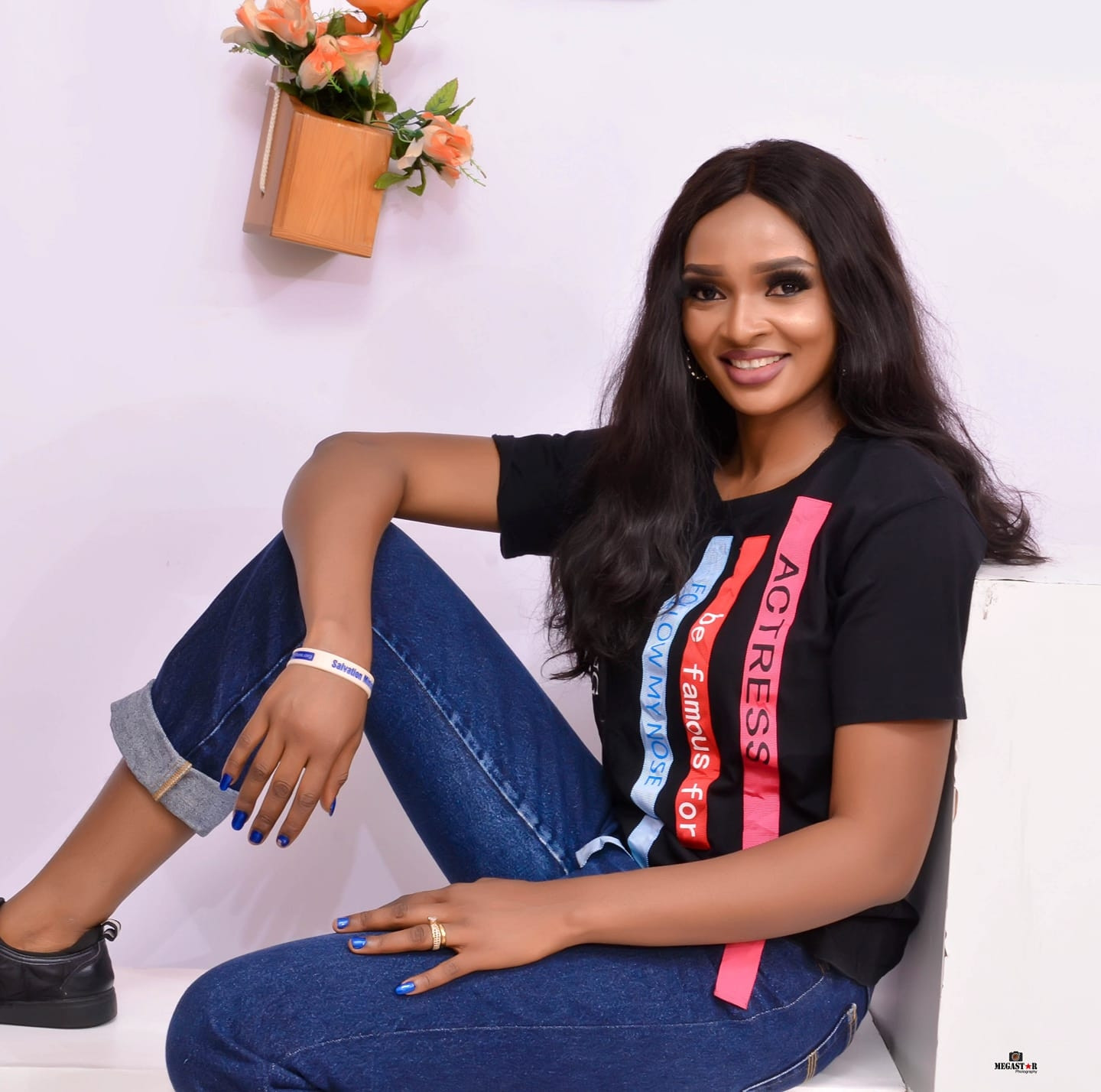