Vandalised VAR gear, fights in the stands and players hiding in the tunnel – Gremio’s horror-season has hit a new low after fans responded to defeat against Palmeiras by invading the pitch.

Tensions are high with the club in crisis, and barrelling towards a shock relegation from the Brazilian Serie A. The last twist they needed was some VAR drama.

Elias’s equaliser was chalked-off for a questionable offside, denying Gremio the chance to level before Breno Lopes sealed second-place Palmeiras’ 3-1 victory in injury-time. 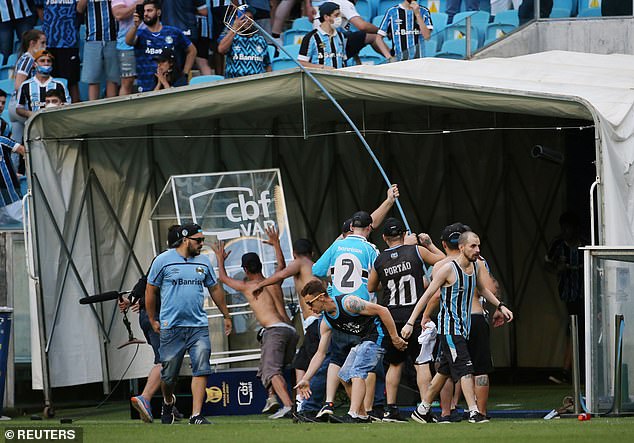 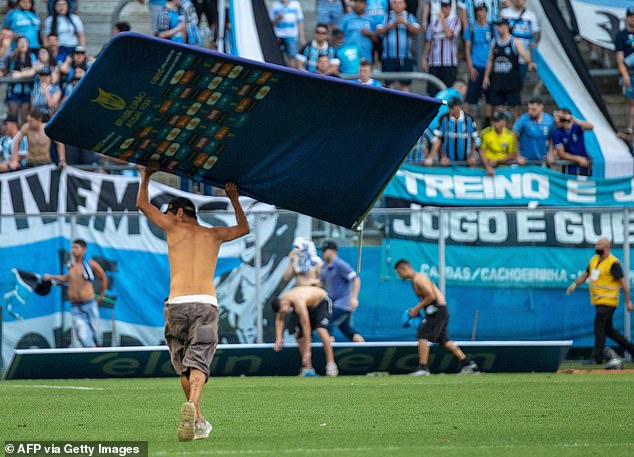 It was a costly blow for the Porto Alegre club, who lie 19th and seven points from safety with 11 games to play. That doesn’t excuse what happened next, though.

A crew of home fans waited for the final whistle before charging to the dugout and attacking VAR equipment, tipping over the screen’s protective hut and breaking microphones. One protestor was even seen making off with the advertising board that provides the backdrop of TV interviews.

The visitors’ Raphael Veiga was forced to cut-off his post-match interview and scurry down the tunnel to join his colleagues, who watched on in shock.

All the while, rival fans clashed in the stands, with fights breaking out between the Gremio and Palmeiras supporters – before the arrival of riot police finally calmed the scene. 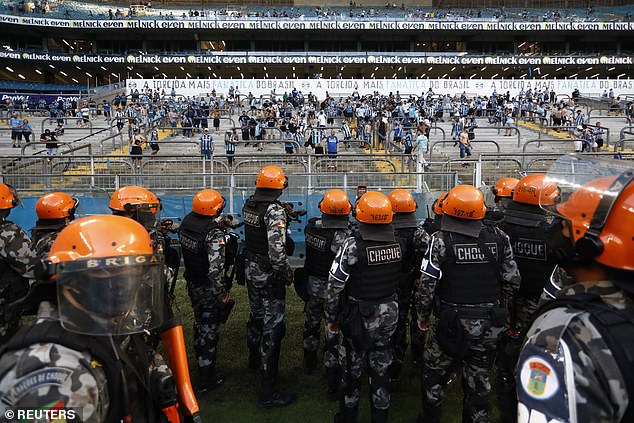 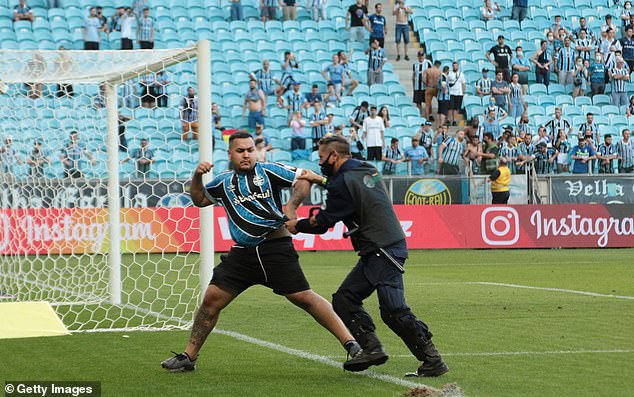 Fans were expecting Luiz Felipe Scolari to lead them into a title challenge, but he’s resigned

Now, another setback awaits: ‘The punishments for pitch invasions can be fines up to 100 million reals [£12.9m] and playing behind closed doors for up to 10 games,’ chief prosecutor Ronaldo Botelho Piacente told ge.

‘Stadium closures only happen in serious cases, and in this case it is obvious how serious it is.

‘I want Gremio punished, but the judgement will be down to the court.’

However, Scolari resigned in early October and was replaced by Vagner Mancini, who faces a mammoth task to pull Gremio clear of the drop. 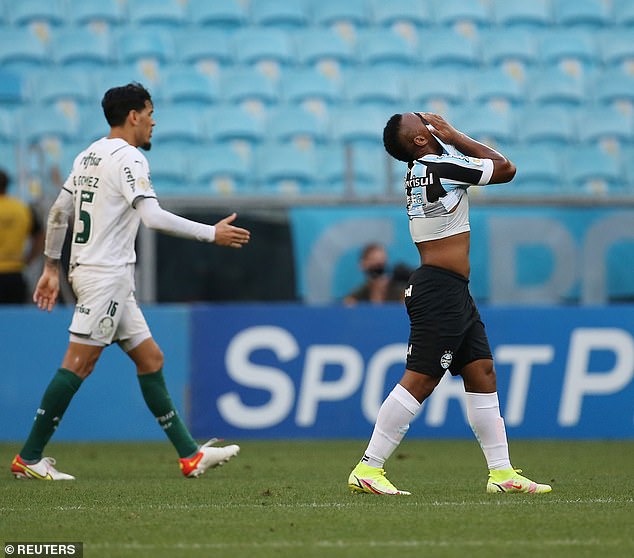