Suspected cultists invaded a burial ceremony holding on Saturday February 26, in Anambra state, Nigeria and killed many mourners before firing multiple shots at the corpse. 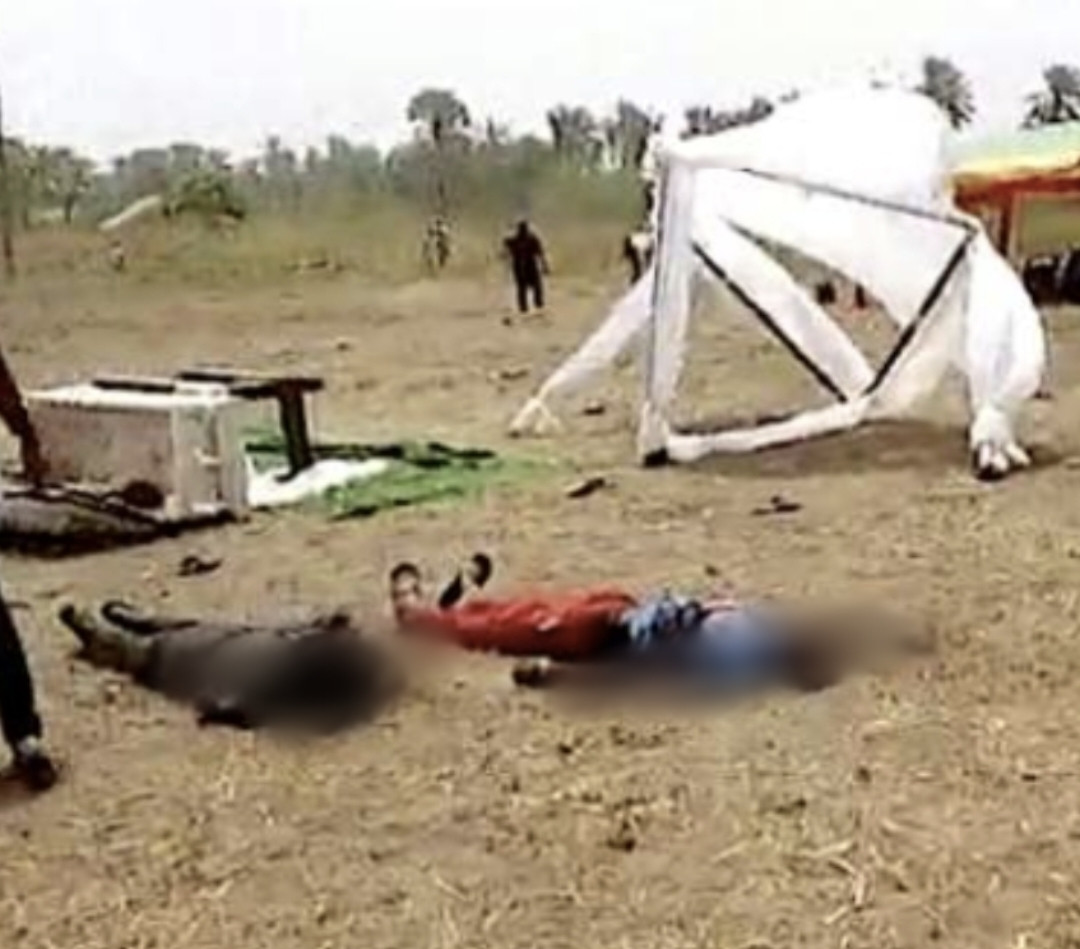 The deceased, alleged to be the leader of a cult group while alive, was lying in state in his family compound when the cultists attacked. 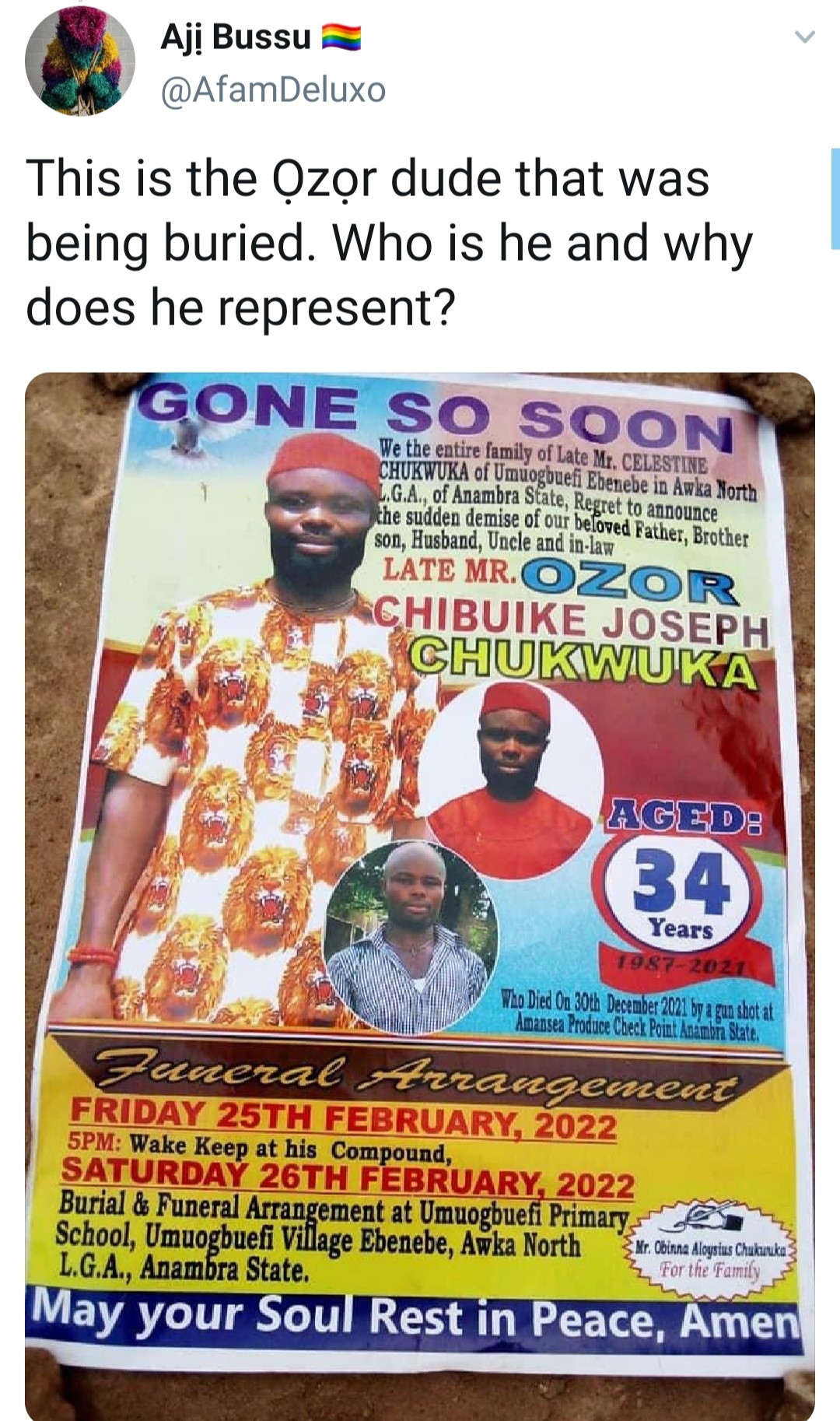 A video from the scene shows bodies littered all over the floor of the venue. 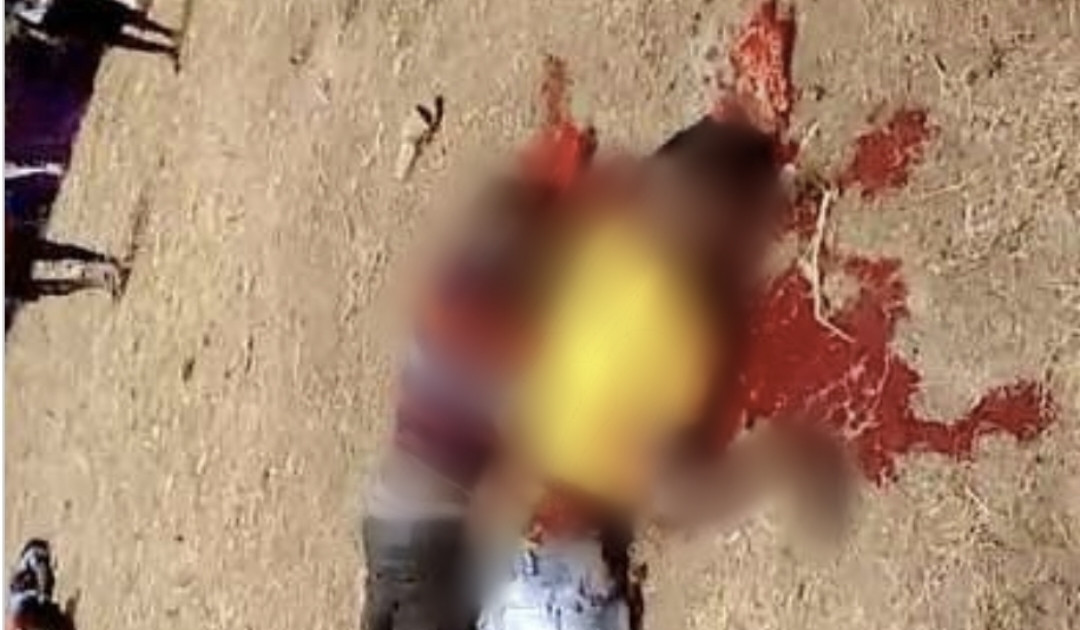 Chairs and canopies were upturned, indicating there had been chaos as people ran for their lives in different directions.

The casket is seen lying open on the floor, with the body of the deceased visible.

The cultists are said to have shot at the body in the casket multiple times before leaving. 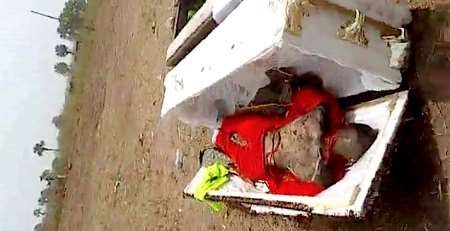 Eyewitnesses claim about 20 people died while many were injured and have been rushed to the hospital.

The Anambra State Police command confirmed the incident, stating that it was a case of cult rivalry. 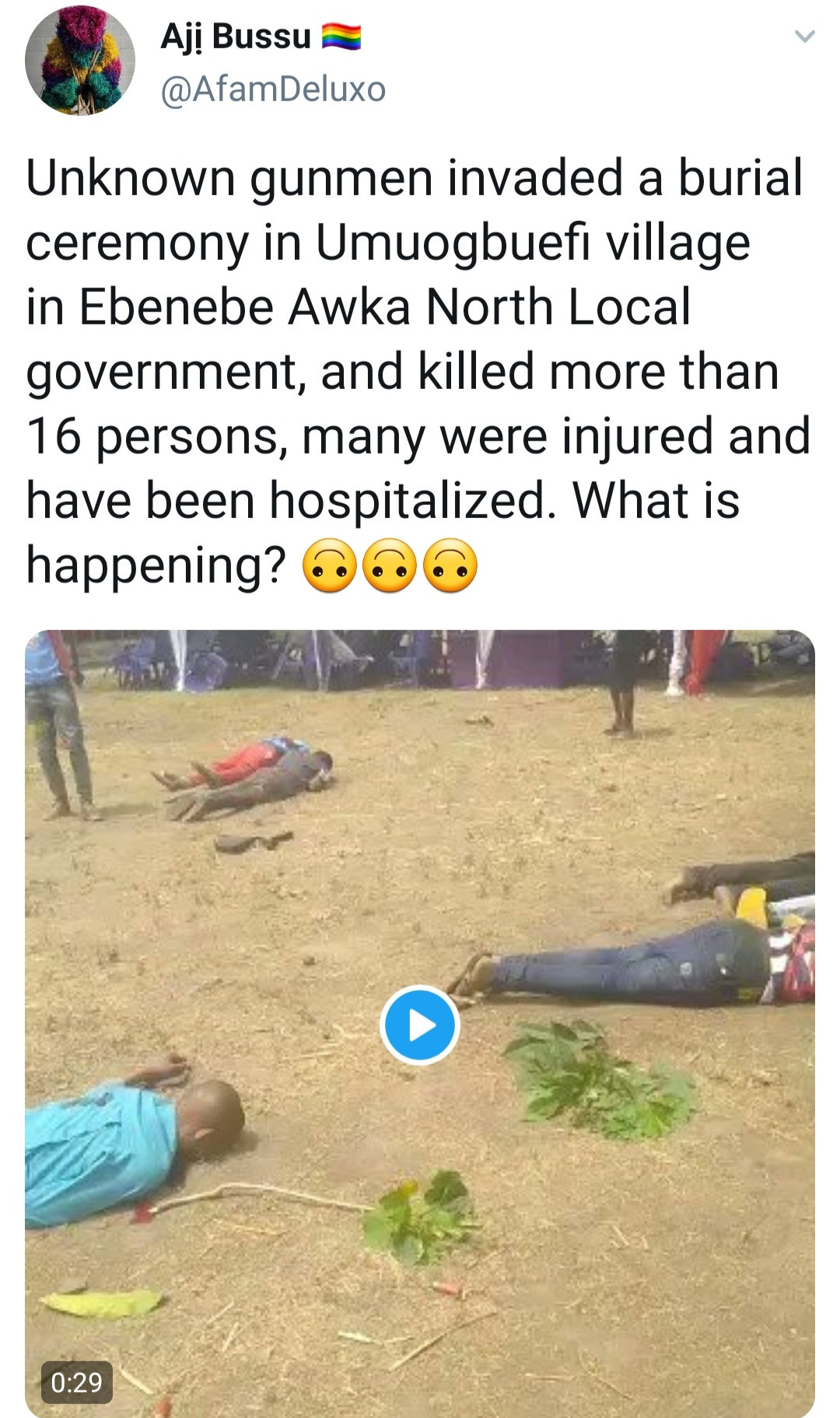 The police statement reads: “Today 26th February, 2022 information  was received from concerned citizens about the mayhem unleashed by cultists on rival cultists  at the burial  of a notorious cultist known as Ozo in Ebenebe, Awka North LGA.

“”On the spot  assessment indicate that not less than five suspected cultists were killed in cold blood. Some of the corpses had been removed by their relations.

“The Commissioner of Police is miffed at the cold heartedness of criminal elements in the society who have no regard for the sanctity of life of their fellow citizens.

“It must be restated that no one, no matter their grievance, has the right to take the life of another person. The perpetrators of this crime will be hunted down until they are brought to justice.

“”The Commissioner of Police implores the good citizens of Anambra State to continue to support the Police Command with timely information to enable it provide quality security for all residents and visitors alike.””

Watch a video showing the aftermath of the attack below.

During a buria today in ebenebe in awka north LGA more 10 people where short dead , my heart bleeds .. pic.twitter.com/Rhr9ld3aJk