It was all over the news a few hours ago that popular Nollywood actress Genevieve Nnaji was hospitalized in Texas for mental issues, but the beautiful actress has made a triumphant return to social media.

The black beauty took to Instagram to respond to rumors that she was hospitalized in Texas for drug abuse.

Gistlover, a controversial blogger, reportedly revealed that the actress is suffering from a mental illness and has been seeking treatment in Houston, Texas.

The actress was allegedly admitted to a hospital in Texas for psychosis, the name of which has been withheld for privacy reasons.

Gistlover claimed that the actress had a mental breakdown and had a blade tattooed on her body.

According to the blog, her team members are trying to hide the news and were responsible for deleting all her Instagram posts.

Hours after the rumours spreads like a fire, the actress shared a video of her painting on her Instagram story.

Despite her indirect denial, many people still believe that the actress is in trouble.

Below is a painting video shared by Genevieve Nnaji; 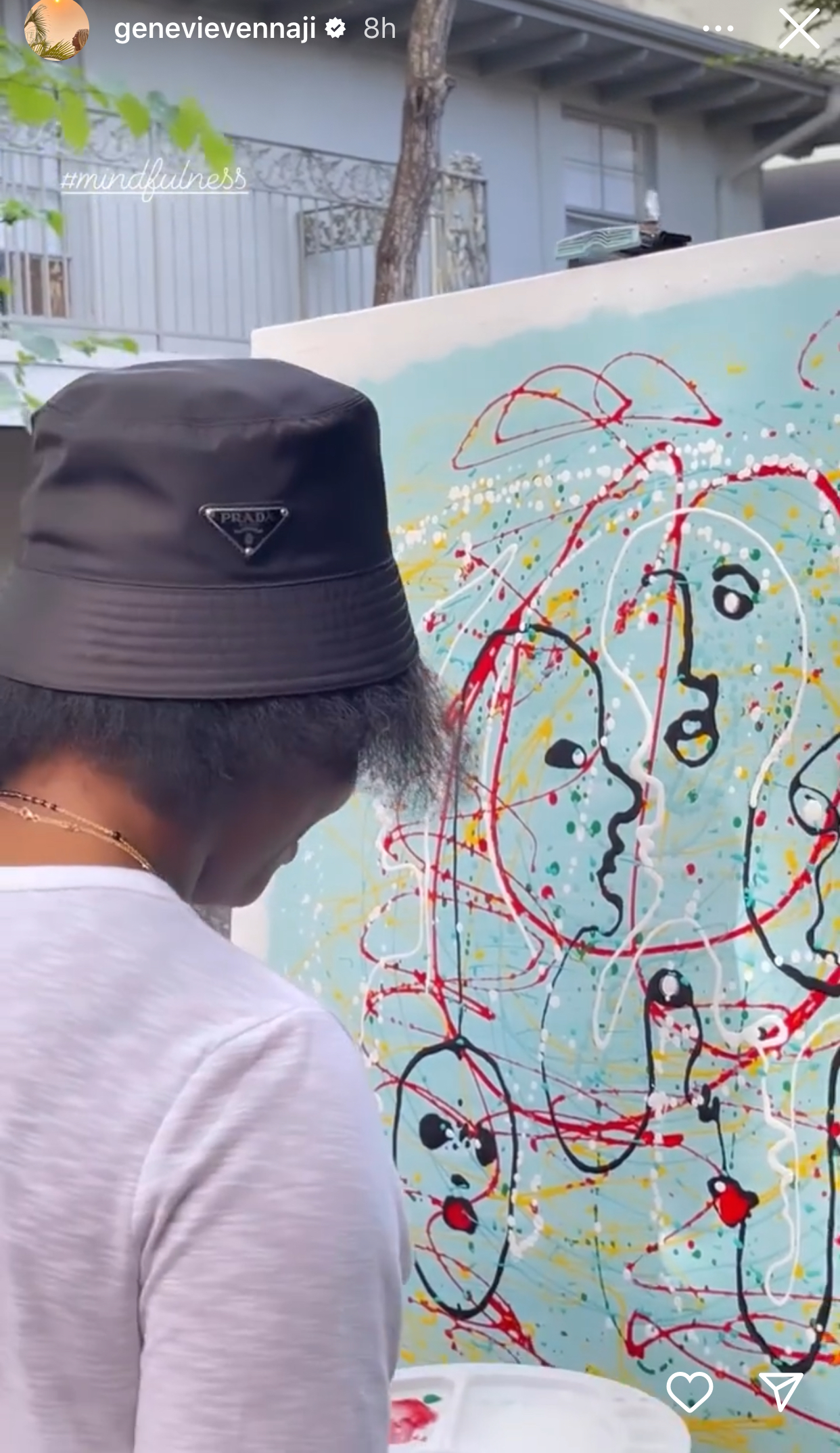