An elderly Kenyan couple who were married for 76 years have reportedly died 6 hours apart.

Maritim Biwott Arap Tuwei and his wife Ruth Maritim who are from Kapseret constituency, reportedly got married traditionally in 1946.  Tuwei died at the age of 107, while Maritim was aged 100.

Interestingly, the two had made a vow and even informed their children that they would both ‘sleep’ when their time to die comes, and no one will be left behind.

Tuko reported that as their time came on Friday, July 23, Ruth passed on around 9pm followed by Tuwei at 2am.

David Maritim, the fifth son of the couple, who also doubles as the family chairperson told the publication that their parents died as they had wished while still alive.

“They have always maintained that their deaths will be unique in such a way that both of them will die at the same time, their stand on these sentiments did not mean a lot to our family because we knew they were joking about the matter with dad always insisting that if he happened to die, he will be ‘accompanied’ by his wife, the reality of their untimely demise has hit us hard.”

He narrated emotionally how their mother requested to be accompanied outside at night before dying.

“While outside, she began shaking massively before dying. Her demise saw immediate family members around her break into wails that attracted the attention of our father who was inside the house. We had to lie to him that our mother had fallen sick and has been rushed to hospital but stable in health.” 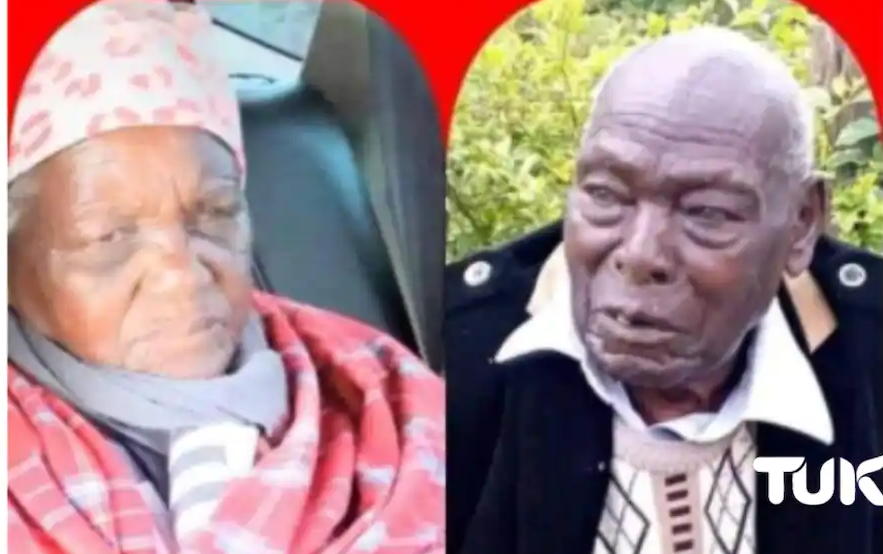 The family chairperson also revealed that his father woke up three times in the night to answer the call of nature and at 2am after going back to the house, he slept, never to wake up again.

“He woke up three times in the night to answer the call of nature and at 2am after going back to the house, he went and slept, never to wake up again. We realised that he had passed after one of the immediate members of the family went to check on him only to give feedback that he was no more.”

Bishop William Maritim, one of the sons also recounted how their father one week ago, made a passionate appeal to his children to come home so that he can talk with them. This however did not materialise.

“They would wake up at 2am and begin talking to each other. Theirs was true love and friendship that was unmatched.

“He called us insisting that we should all regroup at our home adding that there was a special message they wanted to share together with our mother. Unfortunately due to unavoidable circumstances, not all members turned up, leading him to postpone the meeting to a later date.”

The cleric also revealed that attempts to dissuade his parents against the thought of dying together were met with resistance.

“I have always told them that their thoughts were full of false prophecies, but they could not hear. My mother would always come to the defence, insisting that she will abide by what our father had pre-empted with respect and honour.”

The two love birds will be laid to rest on Wednesday, August 4, at their Megun home.