An auction of the jersey worn by Diego Maradona when he scored twice against England in the 1986 World Cup, including the infamous “hand of God” goal, kicked off Wednesday April 20, with a bid of over $5 million.

The football icon, who died in 2020, swapped shirts with England midfielder Steve Hodge after full time and he has been in possession of the treasured item for the last 35 years.

Hodge has now put the shirt up for sale at Sotheby’s and the online auction has already started.

The reserve of $5million has already been met by one interested buyer but there are two weeks remaining for bidders to stake their claim as the auction ends on May 4. 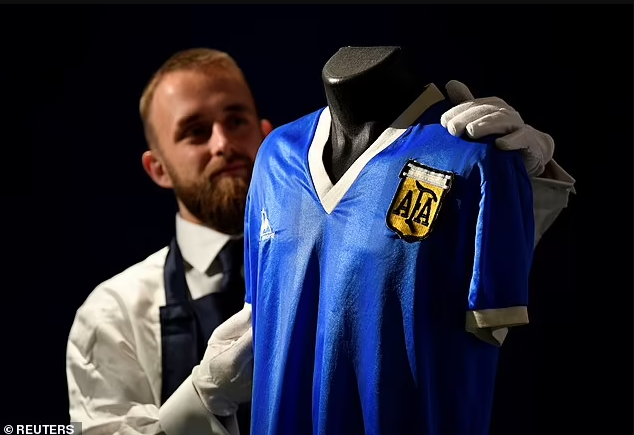 Maradona’s status as a superstar was cemented in that quarter-final in 1986.

Argentina won the game 2-1, with their diminutive talisman deceiving the referee by using his hand to score what appeared to the office to be a header. Hodge was involved in the incident, passing the ball back to the goalkeeper before Maradona used his cunning to leap and reach the ball with his hand.

His other strike in the game was voted ‘Goal of the Century’ in a FIFA poll and saw him dribble around almost the entire England team before slotting the ball past Peter Shilton. 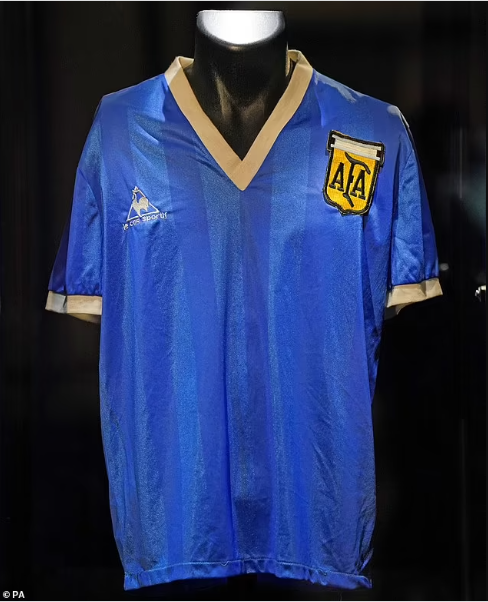 It was the most famous game in the career of a footballing genius, who was 25 at the time and went on to help his side win the tournament in Mexico.

The first ‘was really cunning and did involve an element of luck,’ he said. ‘But then he scored a second goal, which was one of the most unbelievable – almost angelic – goals ever.’

Hodge was the lucky owner for more than three decades and previously explained how he snagged it.

He said: ‘I was walking down the tunnel and Maradona was coming in the opposite direction. I just tugged my shirt and we swapped there and then.’

Hodge has now revealed why he is selling the iconic shirt, explaining: ‘I have been the proud owner of this item for over 35 years, since Diego and I swapped shirts in the tunnel after the famed match. 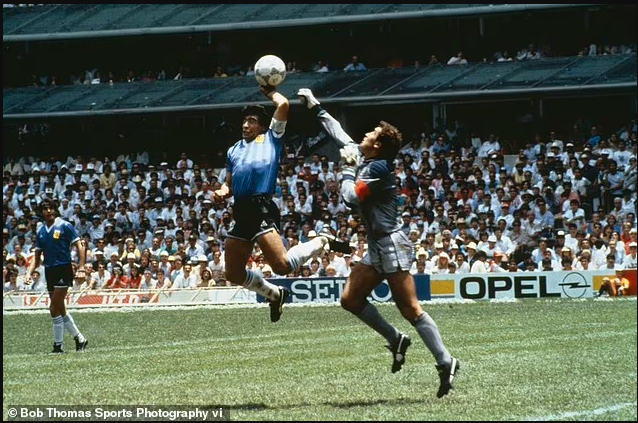 ‘It was an absolute privilege to have played against one of the greatest and most magnificent football players of all time.

‘It has also been a pleasure to share it with the public over the last 20 years at the National Football Museum, where it has been on display.

‘The Hand of God shirt has deep cultural meaning to the football world, the people of Argentina, and the people of England and I’m certain that the new owner will have immense pride in owning the world’s most iconic football shirt.’

The shirt will be on display in Sothebys’ London showroom on Bond Street during the April 20-May 4 bidding period.