Cristiano Ronaldo gave an employee of Young Boys football club stadium his jersey after he accidentally knocked her down with a stray shot before the game.

Ronaldo made the gesture on Tuesday night, September 14 ahead of their UEFA champions league clash with Swiss club Young Boys. 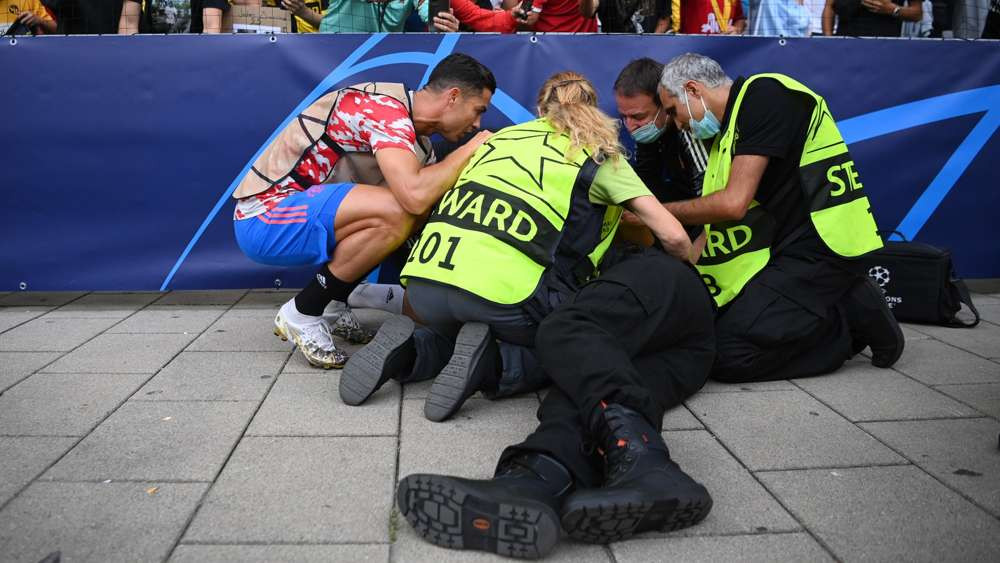 Ronaldo while practicing his shots at goal, miscued one of his efforts horribly, and the ball ended up striking the steward who fell to the ground.

As medical staff checked her Ronaldo walked over to where she was and talked to her. 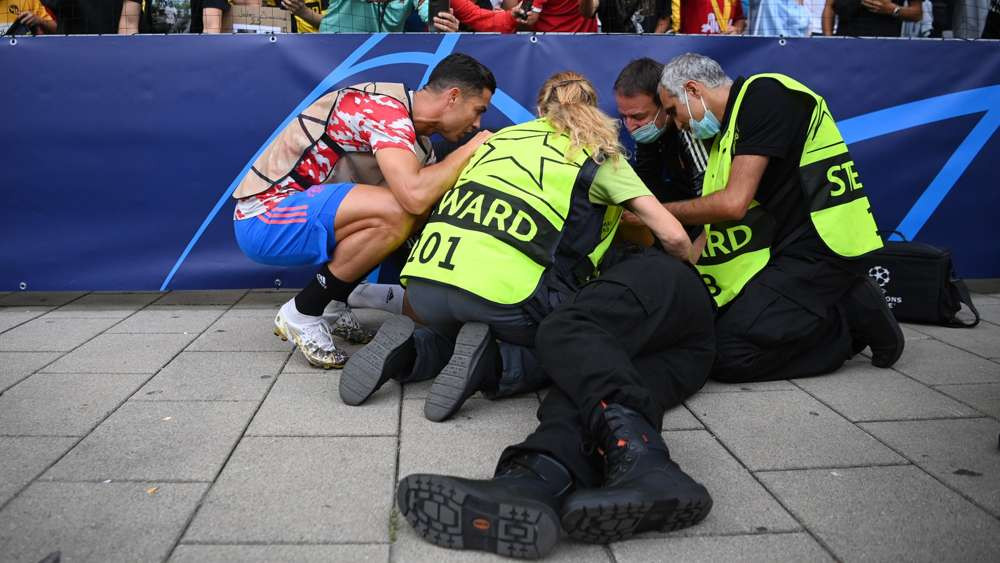 When the match finished, instead of swapping shirts with a Young Boys player, the five-time Ballon d’Or looked out for the steward to present her with the jersey as a gift.

Watch the videos below.

Cristiano Ronaldo gesture after he unfortunately knocks down a steward with a shot before the game.

You love to see this.❤️👏pic.twitter.com/U2lAuKFTPj