A woman was caught performing oral sex on a man in a public dining area in full view of passers-by.

The X-rated scene caught on Cornelia Street in Greenwich Village, New York, shows a woman performing oral sex on a man as they lay down on the decking of a dining hut.

In the video, the woman is seen bent over the man laying flat on his back, his leg resting on a suitcase, and his head propped up on the shed’s wall.

The couple were caught by a worker and the man was the first to notice they were being filmed. 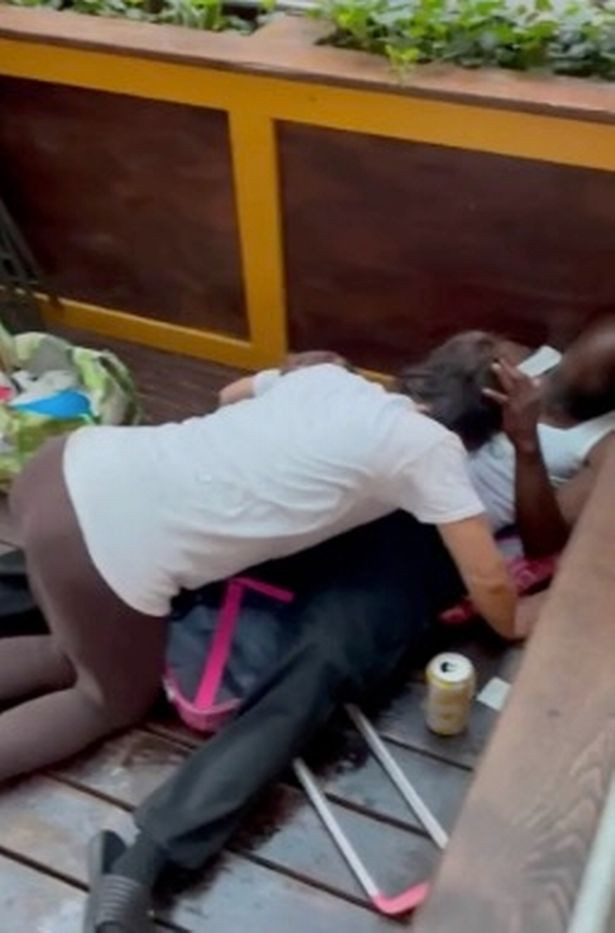 When the woman realises what’s going on, she stops what she’s doing, raises her head and says, “No!”

A little further away, there was another couple smooching while doing drugs out in the open. 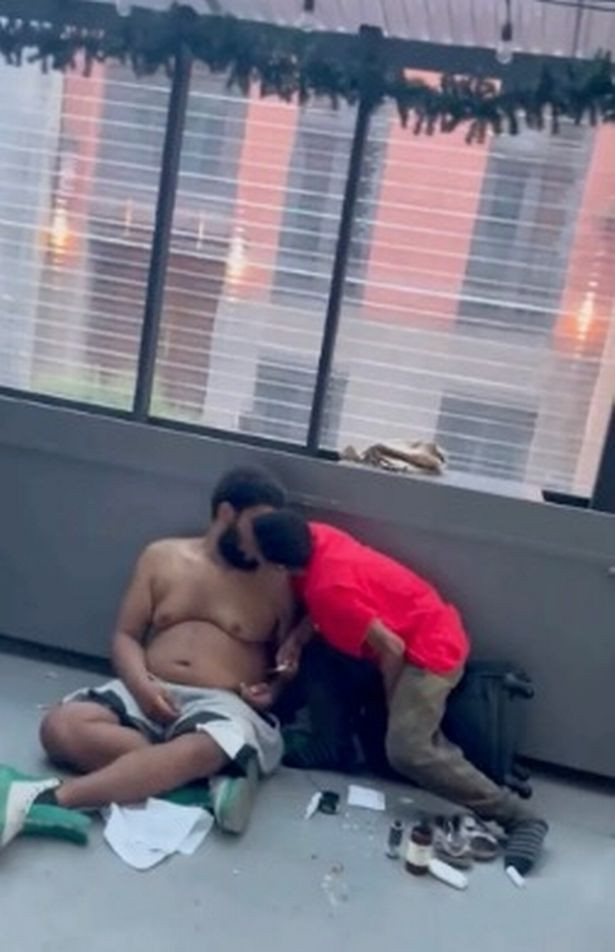 The area is reportedly made up of empty restaurant sheds that have prompted complaints from critics as homeless people have been staying there for shelter.

Ricardo Pacheco, 57, a retired NYPD officer, said some of the sheds have turned into graffiti-covered dumpsites and that he has seen people getting it on in other sheds around Roosevelt Avenue, an area known for prostitution.

He said: “The quality of life here has gone down the drain. Whatever people are doing inside there, consenting adults or whatever, it shouldn’t be happening in our neighbourhood.”