A confused and heartbroken man has sought the advice of the masses on the way forward after he discovered that one of his two children isn’t his biological child.

The man opened up on having two kids; a boy and a girl, and currently his wife is heavy pregnant with another child.

He said, his wife will be traveling to Australia for her masters so in order to get things right, he decided to conduct a DNA test on his children, it was then that he found out that the girl is his, whereas the boy isn’t.

Pouring out his sorrow mixed with rage, he wrote:

“The DNA result said one of my kids don’t belong to me. So I got married in 2016 and we have two kids already, a boy and a girl, with 6 months pregnancy. I went for a DNA test on my kids 3 weeks ago and the result shows that my son is not mine…” 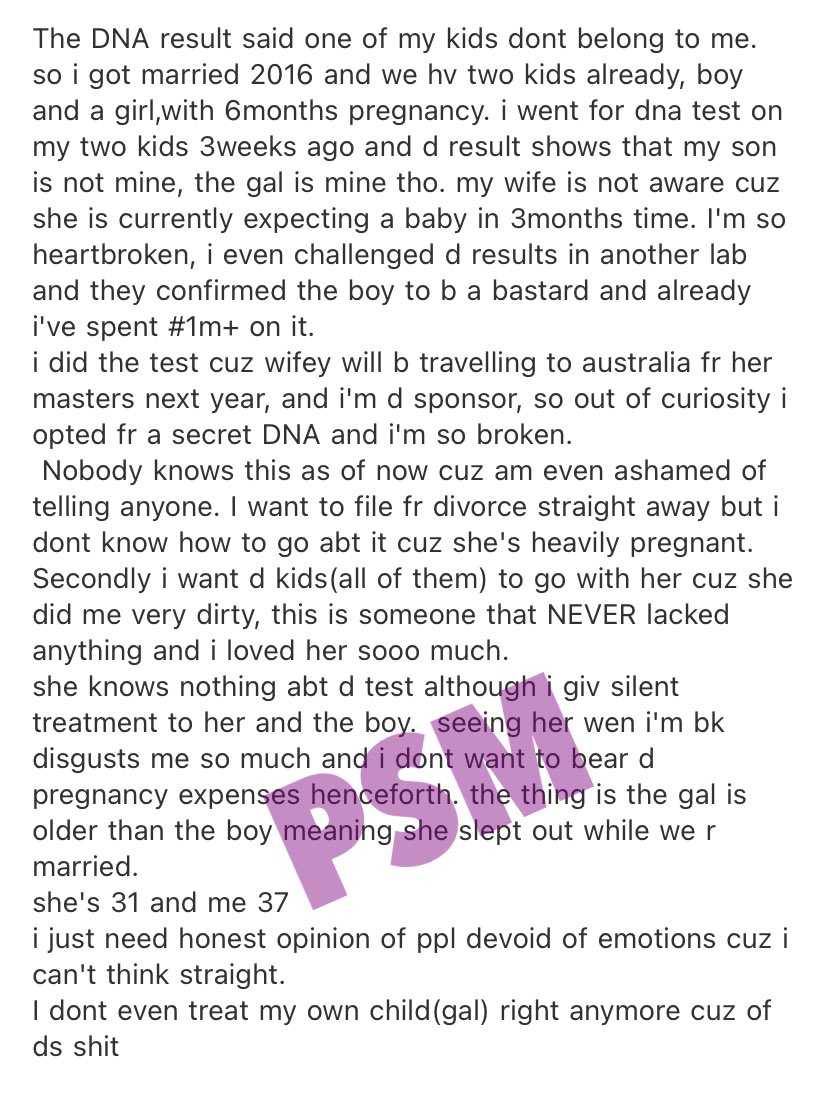