A Virgin Mary statue cried tears of blood in Lagos, a Catholic priest has claimed.

Rev. Fr. Emmanuel Ehioma, aka Fada Mentor, shared a photo of a Virgin Mary statue bleeding from the eye and said he heard the occurrence was witnessed at St. Joseph’s Catholic Church Agodo Egbe in Lagos, Nigeria. 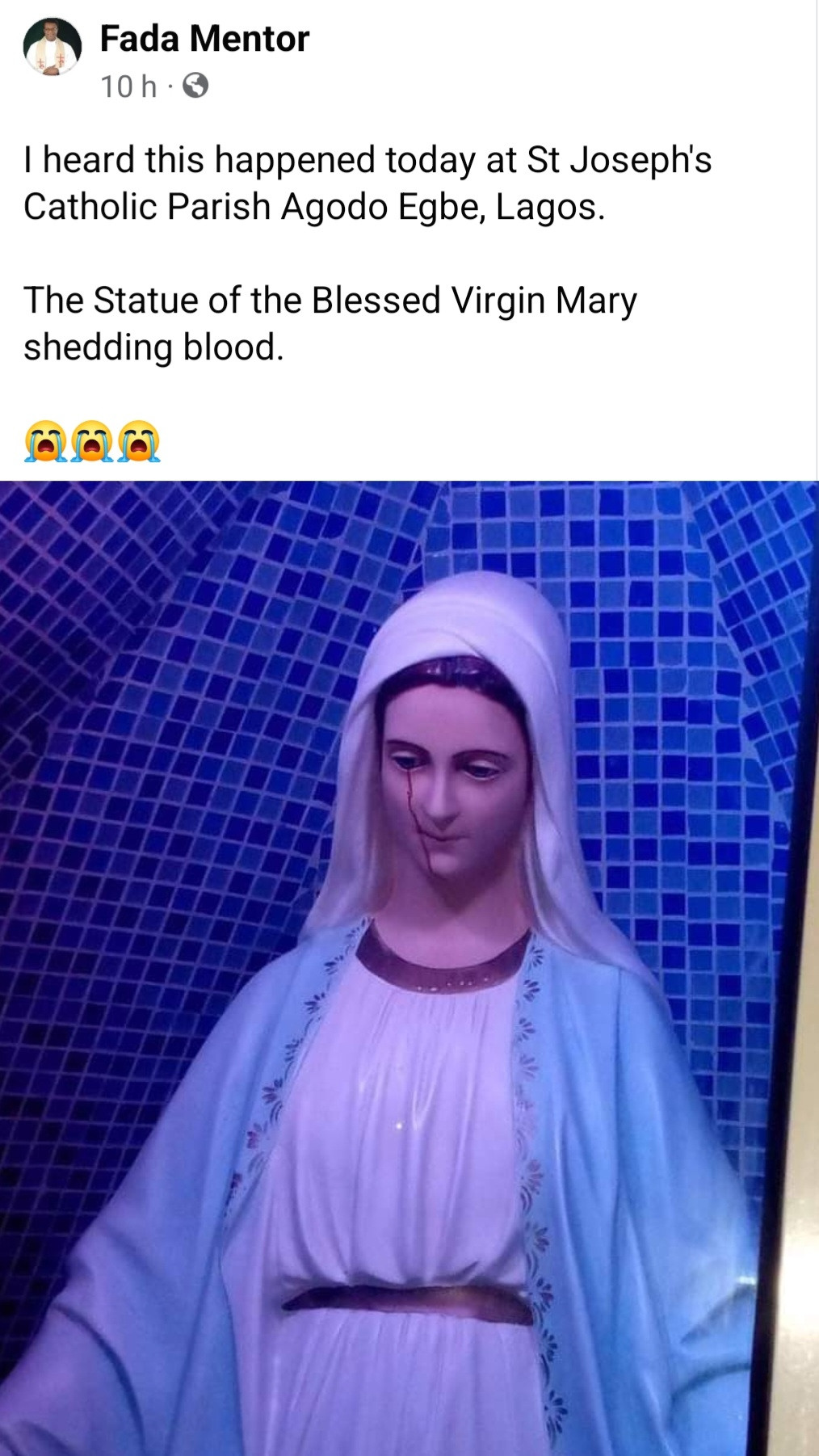 His post immediately went viral and started a debate, with many accusing him of idolatory and telling him that such is not possible. 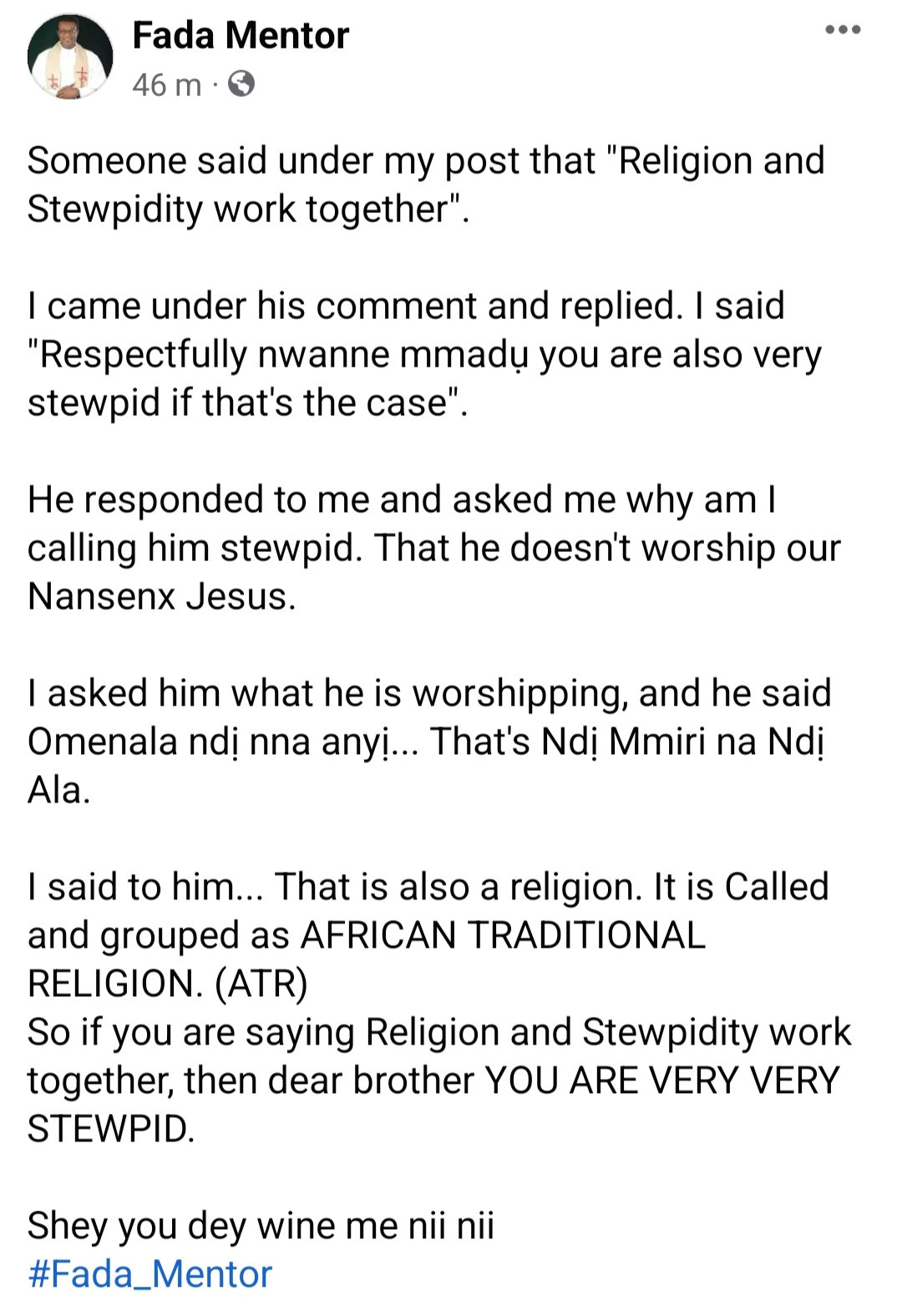 In a follow-up post, he disclosed that the Catholic Church will investigate such occurrences first as the Church does not accept everything hook, line, and sinker.

He added that this is to avoid hoaxes as there have been such in the past.

However, he told critics to be respectful of others’ beliefs when opposing them.