Two people were killed and almost 50 more had to be rescued after a terrifying cable car collision.

Some passengers were left dangling high above the ground for nearly two days in a terrifying incident in India. 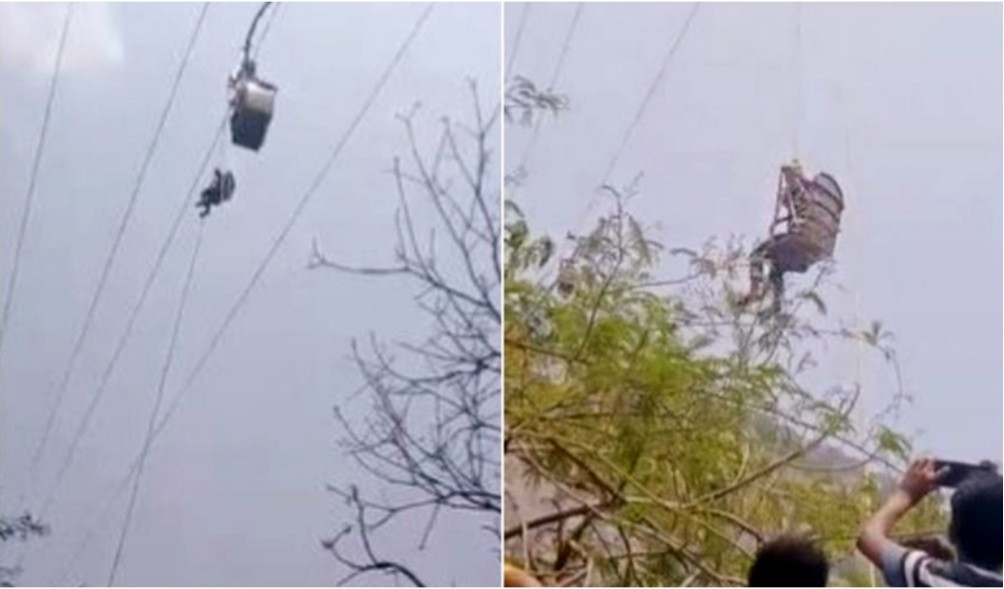 AFP reported that about 48 people were traveling in a cable-car to the Trikut hills in the eastern state of Jharkhand, India, on Sunday night, April 10. At this time three vehicles collided.

The tragedy occured on a route used by pilgrims to reach the top of Trikut, a hill considered holy in the Hindu religion. 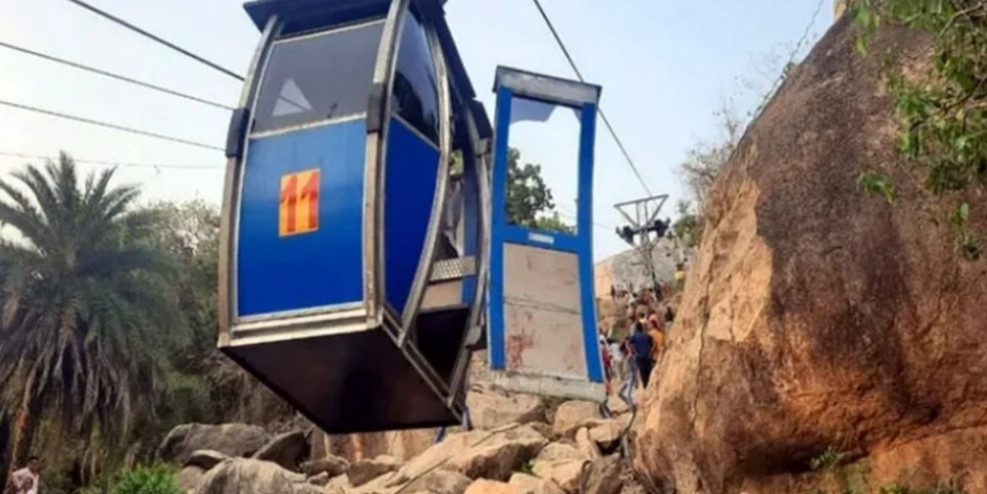 Blood seen on door of one of the cable cars

Military rescuers had to be called in when one car broke loose from the cable and smashed into another.

The force of the impact killed one person and another fell to their death while trying to climb aboard an aircraft. 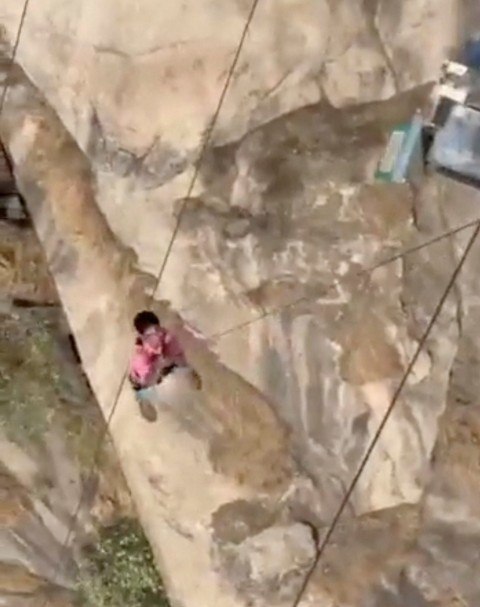 “We have rescued more than two dozen people, but some are still trapped,” said an official from Deoghar district on Monday night, April 11.

He said two tourists jumped out of their cars in panic and survived with minor injuries.

Video of the operation showed people, including at least one young child, being individually lifted up the helicopter on a harness. 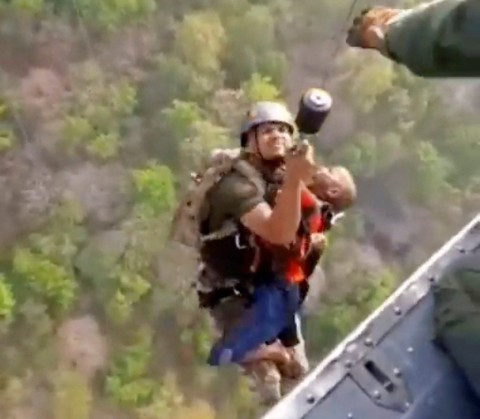 The rocky slopes of the near 2,500ft peak can be seen below the jammed cable cars.

Police in Jharkhand state’s Deoghar told international news agencies everyone have now been brought to safety.

Most of the survivors were rescued on Monday, April 11, but three remaining people were not lifted to safety until Tuesday, April 12.

Subhash Chandra Jat, the police chief of Deoghar, where the incident occurred in remote hilly territory, confirmed the news.

Neither car fell to the ground but both became immobilised and were left hanging above the ground.