An eight-year-old boy survived a shark attack by punching the predator in the face.

Napat Chaiyarak Christenko was swimming in the sea over the weekend with his father when a shark attacked him on the island of Phuket, southern Thailand.

He screamed in pain before trying to kick away the shark. However, the creature was unrelenting.

He then reached down and punched it in the head, Napat told police in the Kamala district.

Napat’s terrified parents dragged the boy up from the water as blood gushed from the wounds on his right calf.

The shark, believed to be either a bull shark or a blacktip reef shark up to 4ft long, disappeared into the depths.

Paramedics rushed to the scene and performed first-aid before taking Napat to the Bangkok Hospital in Phuket for treatment over the weekend. 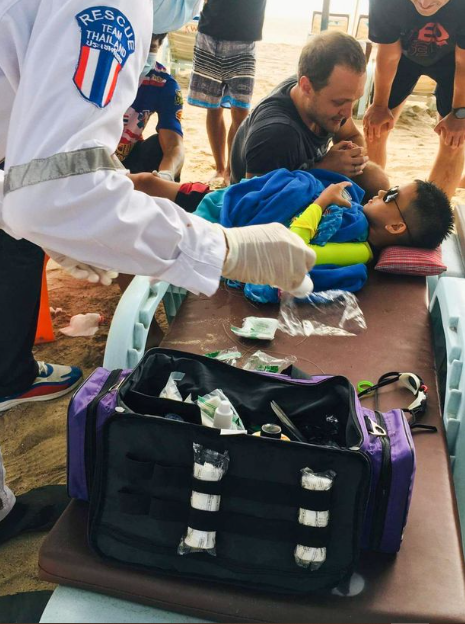 The boy told doctors that it was the most painful thing he had ever felt.

He said: “I felt a pain in my leg and looked down and saw the shark biting me. It was the most painful thing ever. I punched it to make it leave me alone.”

Doctors examined the wound and initially suspected that the boy was bitten by a barracuda fish that was about 80-120 centimetres long, based on the bite marks. 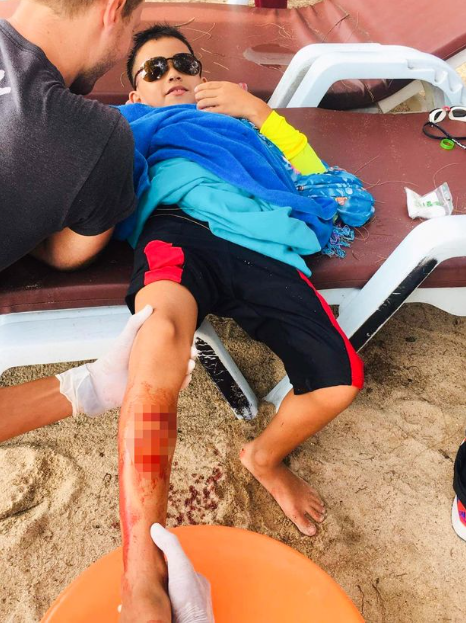 However, marine and shark specialists checked the wound and later determined that the boy had been bitten either by a blacktip reef shark or a bull shark, which are often found in the Andaman Sea.

Dr Kongkiat Kittiwattanawong, the Director of Phuket Marine Biological Center, said the attack was “very violent” as it is currently breeding season.

He said: “Sharks are found in surf zones and will normally hunt fish. It might have mistaken the boy’s calf as a fish and bit it.

“The boy is very brave. He told us that he punched the shark while it was attacking him.”

The environmentalist said that the wounds were “definitely caused by a shark”.

“The shark came in for food and thought the boy was food, therefore biting his leg. But when it took a bite and realised it was not food it did not attack again.”