Borussia Dortmund striker, Sebastien Haller has completed the first step of his treatment after being diagnosed with a testicular tumour.

The Ivory Coast international had complained about feeling unwell following training on Monday, before an immediate medical examination detected the tumour.

Posting a picture from his hospital bed on Thursday, a smiling Haller tweeted: ‘Hello everyone, I wanted to let you know that Step 1 has been completed! 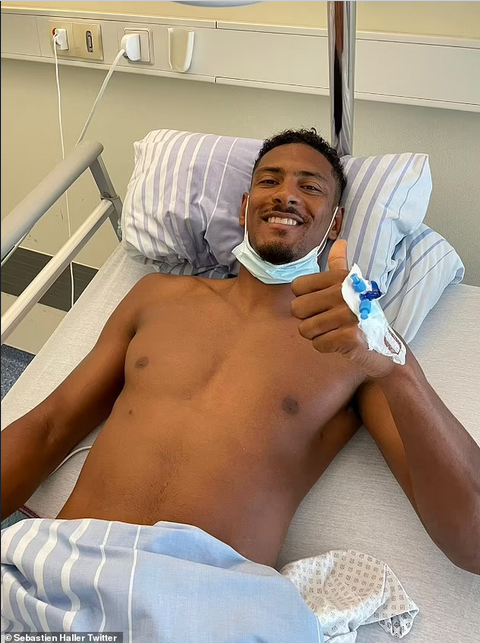 I would like to thank the @BVB (Dortmund) and the medical team who were exceptional with me.

A big thank you also to all the nursing staff of the hospital for their support – benevolence.’

The 28-year-old Ivory Coast international joined Dortmund from Ajax earlier this month for a reported £27million.

He signed a four-year deal, after scoring 32 goals in 36 appearances in all competitions for the Dutch club last season.

Haller spent one and a half seasons at West Ham, making over 50 appearances, before the Hammers sold him to Ajax for £20.25m in January 2021.