Currently, three housemates have been evicted from the reality show, leaving us with six housemates.

Queen, Saga and Nini were shown the way out ahead of the grand finale. Big Brother as expected doesn’t fail to keep viewers entertained, he served Angel and Pere with a fake eviction and they are currently in the Whiteroom. The duo is expected to play a game in which the loser would be meant to leave also.

However, viewers across the globe voted for their favourite housemates which secured a vital spot for some and saw to the fact that others leave as expected.

Check out the chart below: 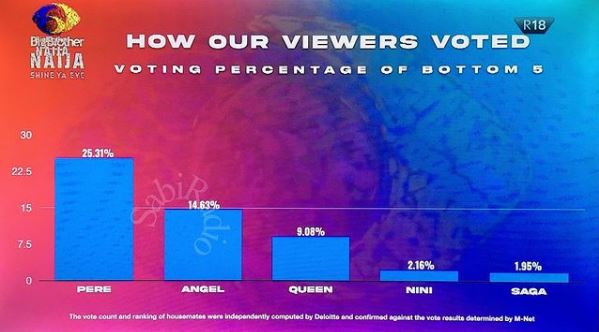