A video of a toddler being thrown to safety from the top of a burning building in South Africa has gone viral.

The building went up in flames after looters set fire to the shops below. Unfortunately, the fire spread to the top of the building while people were stuck in the building.

A woman had to throw the child from the top of the building into the waiting arms of a group that had gathered to catch the child. 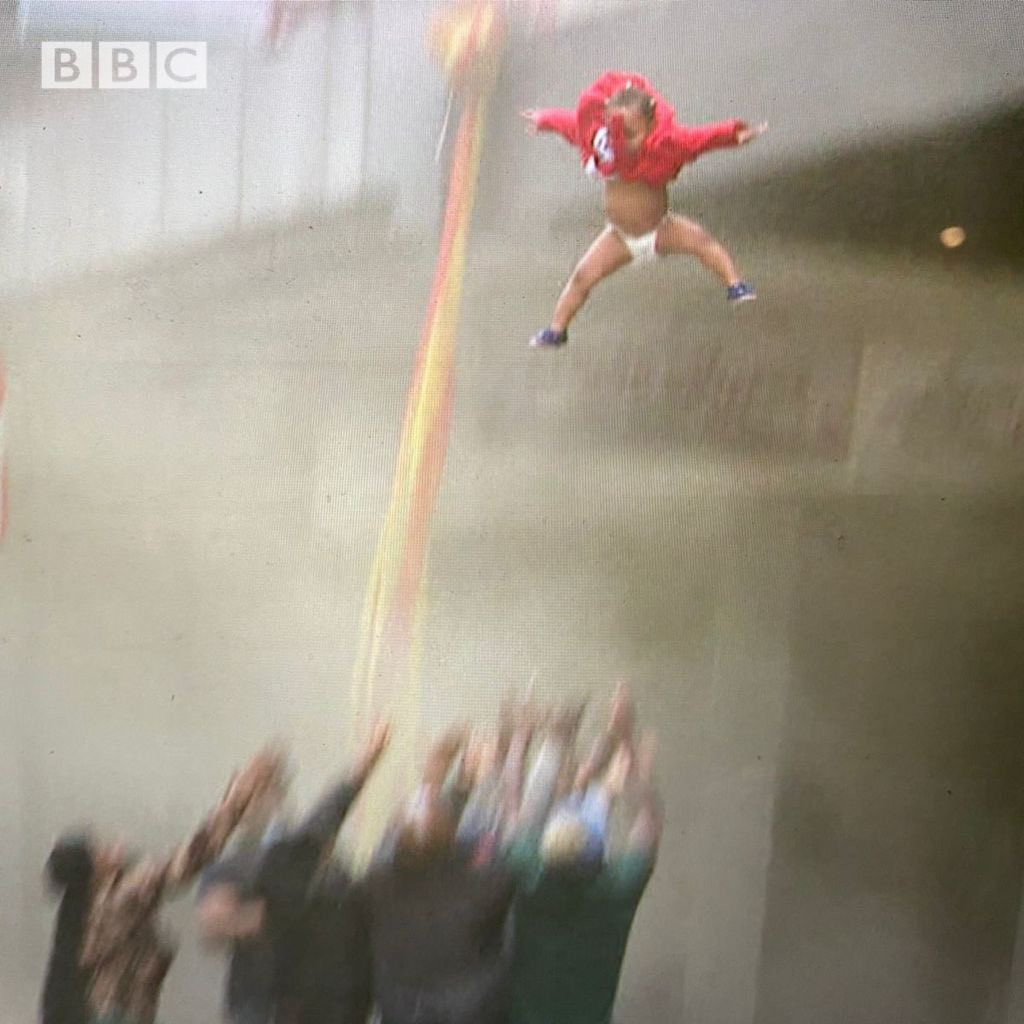 At least 45 people have been killed in the clashes sparked by the jailing of former South African president, Jacob Zuma. 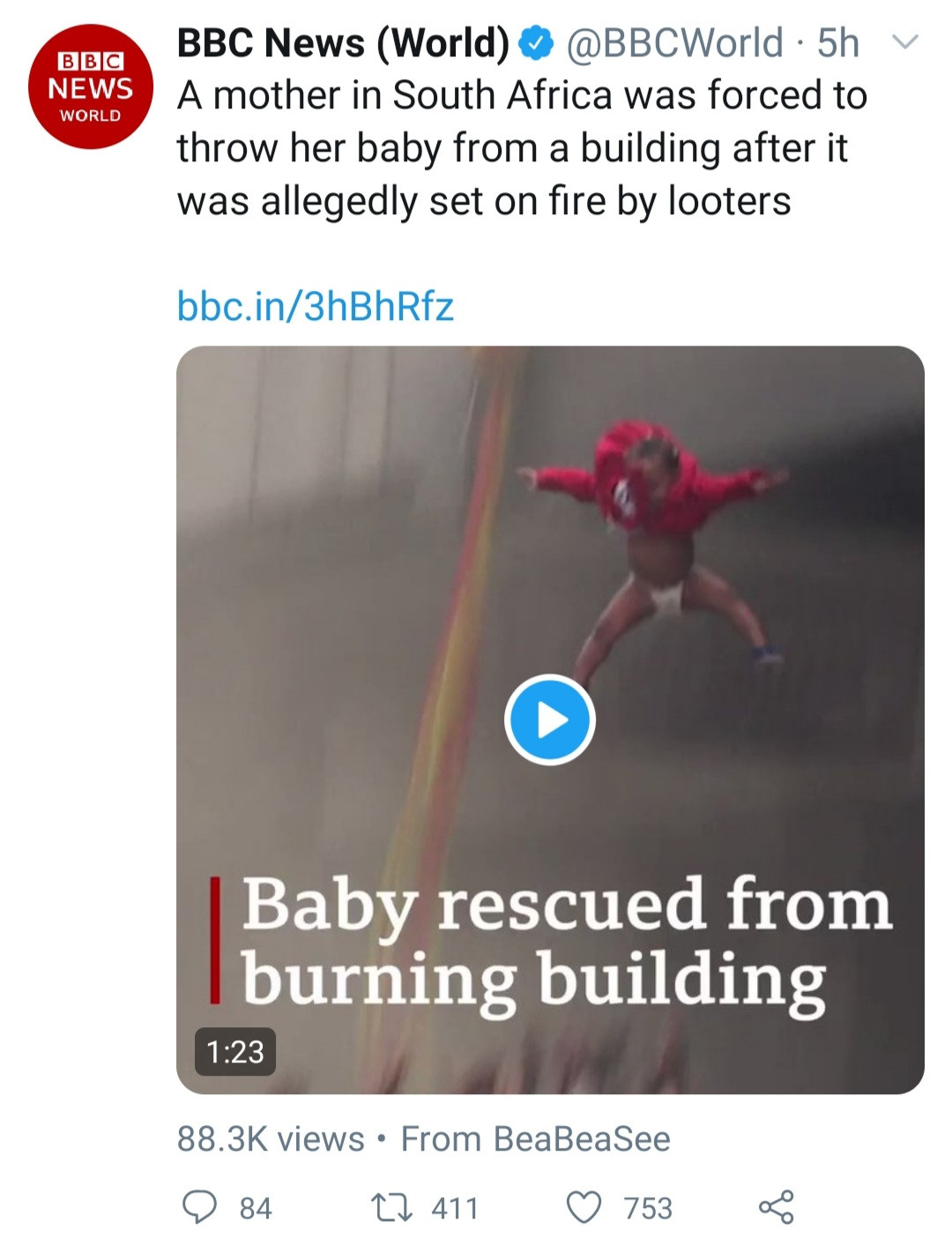 Soldiers have now been deployed onto the streets to try and contain the unrest, which has spread from Mr Zuma’s home in KwaZulu-Natal province to the country’s biggest city Johannesburg and surrounding Gauteng province, and to the Indian Ocean port city of Durban. 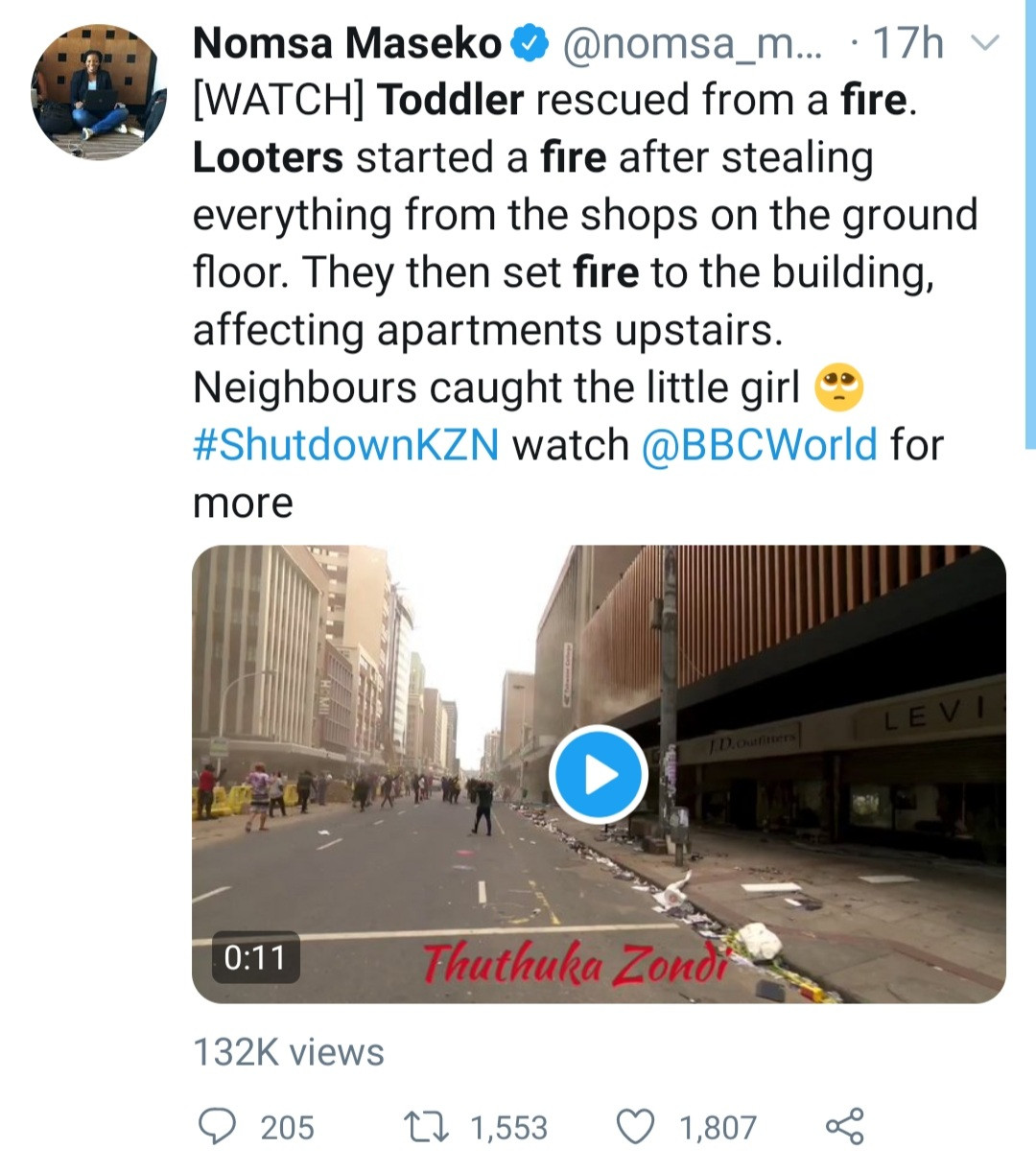 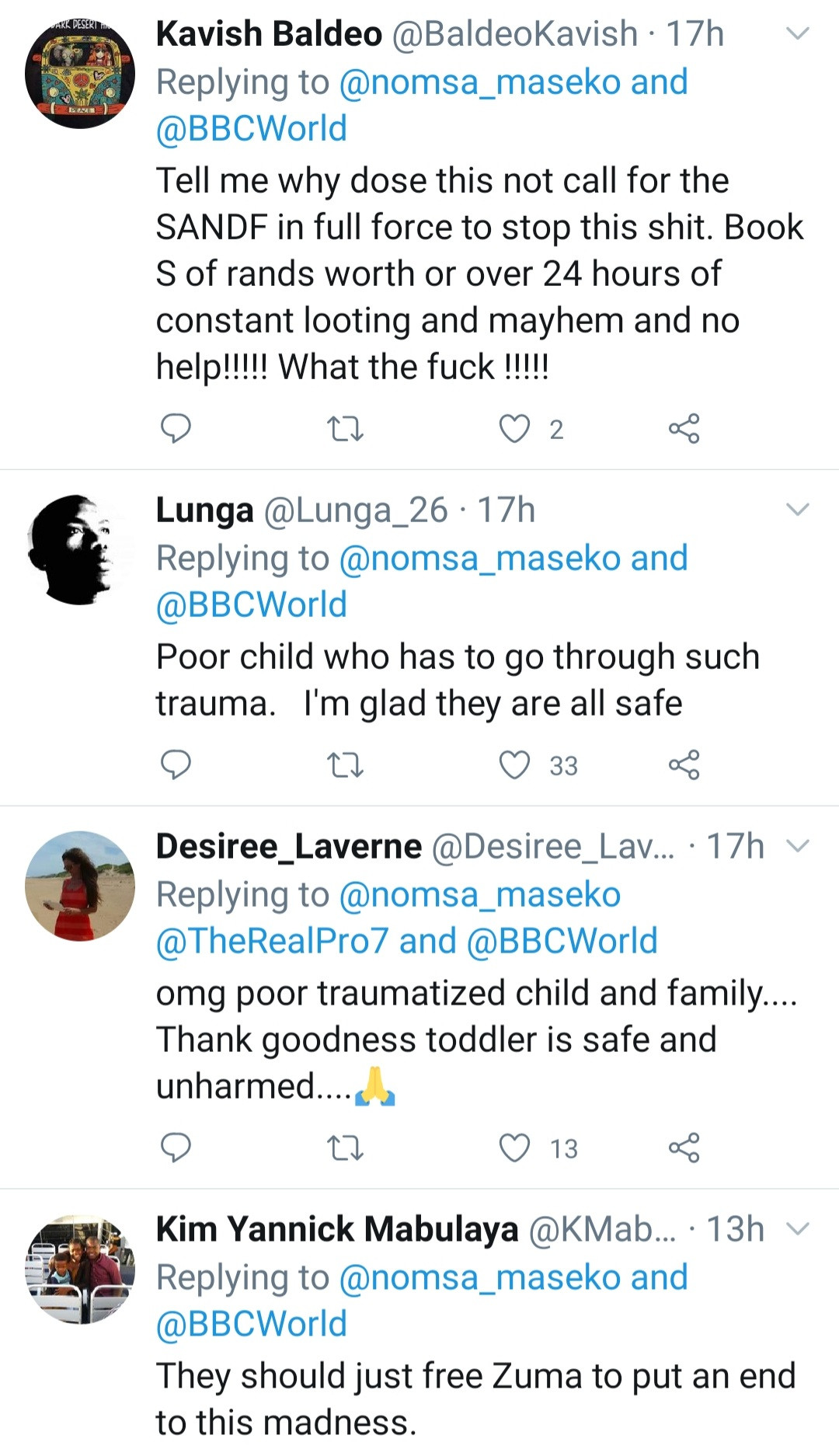