A massive fire raged through an overcrowded prison in Jakarta, Indonesia, early today, killing at least 41 inmates, two of them foreigners serving drug sentences, and injuring 80 others.

A government spokesperson said the fire broke out between 1 and 2am on September 8 at the Tangerang Prison Block C. 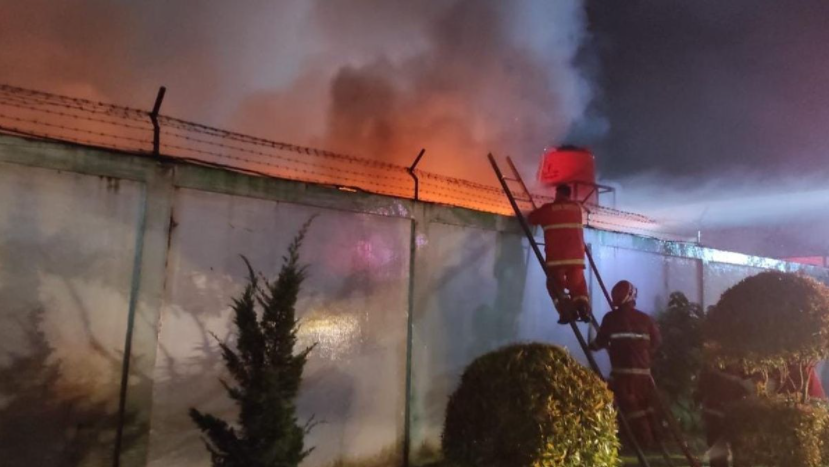 Televised footage showed firefighters battling to extinguish the fire while black smoke billowed from the compound. 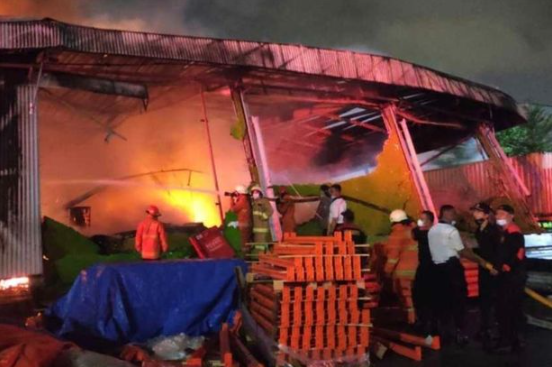 Indonesian Red Cross officials evacuated the victims to ambulances and dozens of bodies in bags were laid in a room of Tangerang prison on the outskirts of Jakarta. 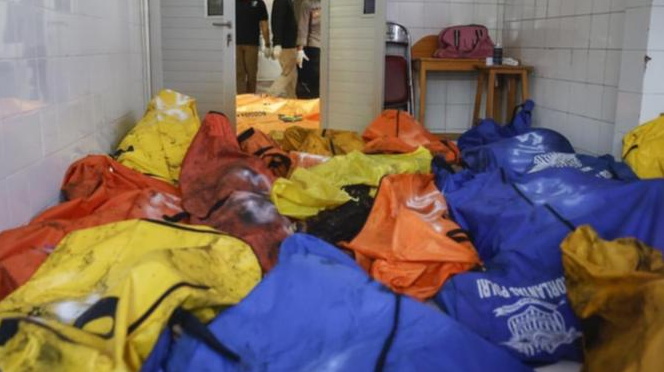 Rika Apriantia, spokeswoman of the prison department of the law and human rights ministry, said: “The cause is under investigation.”

The preliminary investigation into the cause of the fire that started around 1.45 a.m. pointed to a short circuit in one of 19 cells in prison Block C2, Jakarta Police Chief Fadil Imran said.

The block affected by the fire houses inmates being held for drug-related offences and had a capacity for 122 people, she added. 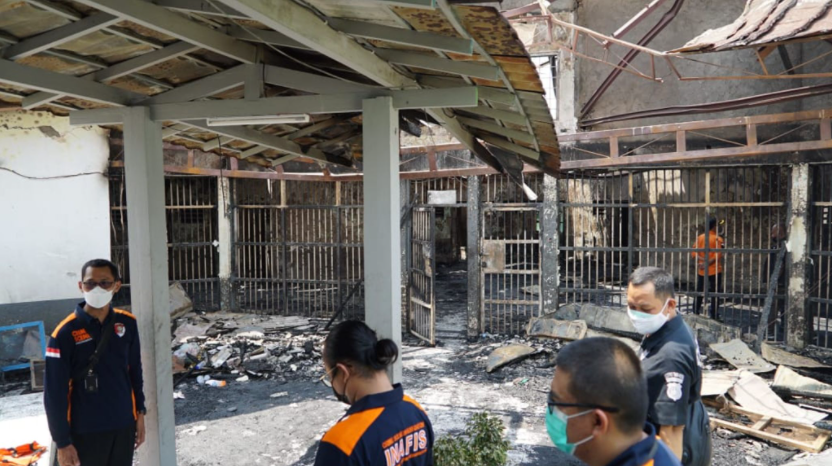 However, the number of people present when the fire began has not been confirmed, but it has been reported the jail was overcrowded.

The prison in Tangerang, an industrial and manufacturing hub near Jakarta, housed more than 2,000 inmates.

This is far more than its 600 people capacity, according to government data as of September. 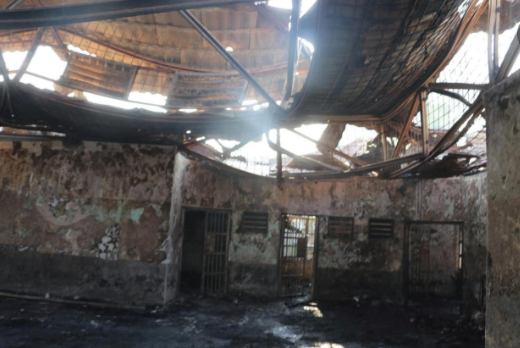 Most of the 41 killed were drug convicts, including two men from South Africa and Portugal, but a terrorism convict and a murder were also killed, Indonesia’s Justice and Human Rights minister Yasona Laoly told reporters. 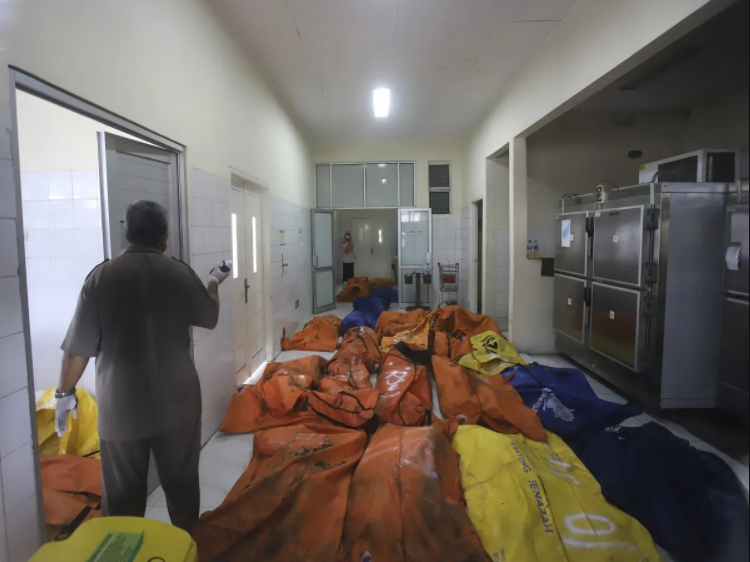 He expressed his deep condolences for the family of the victims and pledged to provide the best treatment for injured victims. 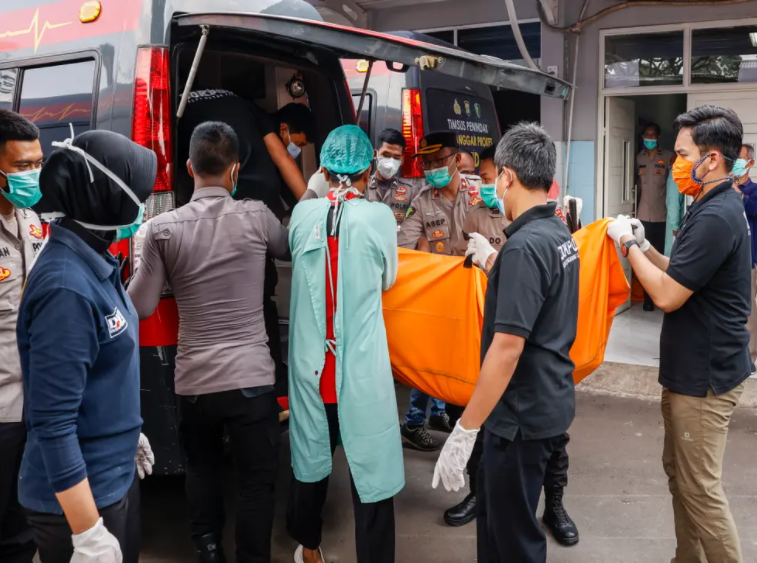 Laoly said: “This is a tragedy that concerns all of us. We are working closely with all relevant parties to investigate the causes of the fire.”

After the fire was extinguished, hundreds of police and soldiers were deployed around the prison to prevent prisoners from escaping. 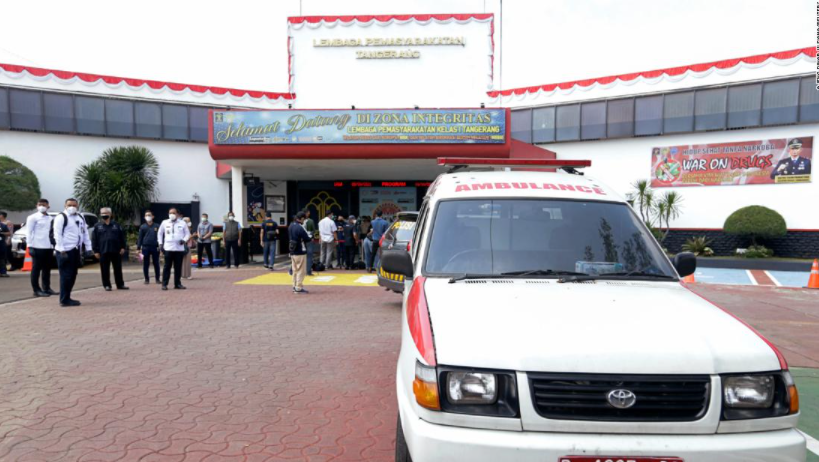 The injured were rushed to the hospital.

Eight are hospitalized with severe burns and nine with light injuries are being treated at a prison clinic, the Justice and Human Rights ministry said. Another 64, many suffering smoke inhalation, were evacuated to a mosque in the compound. 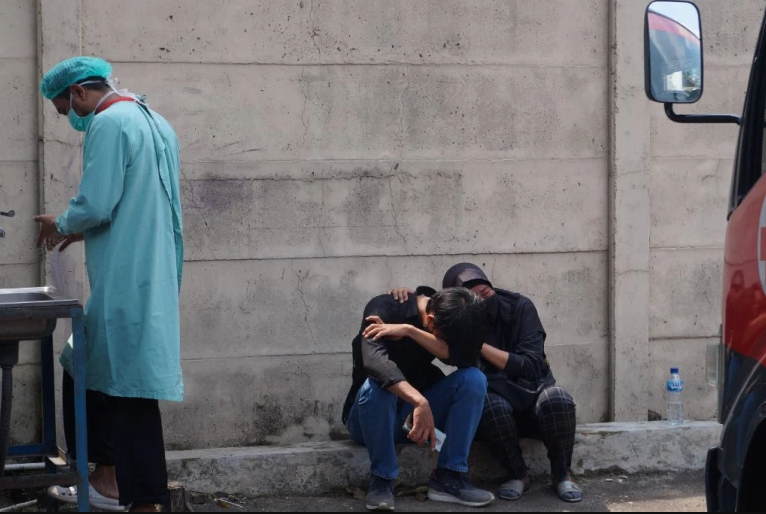